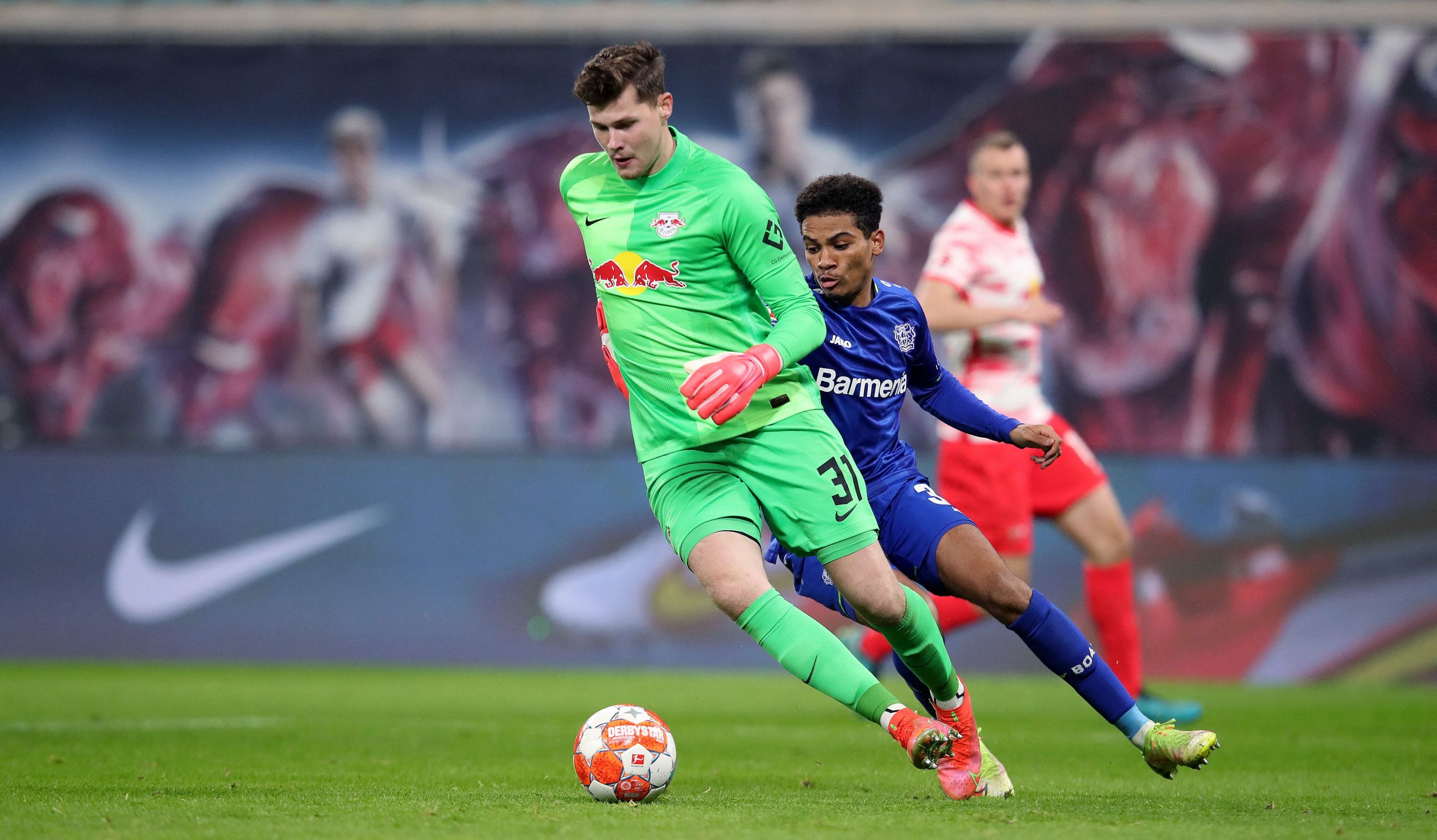 Speaking in an interview with SPORT, former La Masia trainee Josep Martinez has opened the door for a possible return to Barcelona in the future.

The 23-year-old Martinez spent two years at Barça’s famed youth academy before leaving for Las Palmas in 2017 to find a faster pathway to the first team. The goalkeeper spent three years at the club and made 30 senior appearances.

In 2020, Martinez signed for German giants RB Leipzig, where he has had to play second-fiddle to Peter Gulacsi, restricting him to just four appearances for the club so far.

The Spaniard recently sat down for an interview with SPORT during which he discussed varying topics including his time at Barcelona and a potential return to Catalonia in the future.

Speaking of his time in La Masia, he said: “I was there two years. The first coincided with the FIFA sanction and I couldn’t play for a few months. That time was very good for me at the learning level.

“Playing for Barça was the first big step in my, at the moment, short career. It helped me make the leap to professional football. I made great friends who are now in the first team.”

When quizzed if he wished to return to the club in the future, Martinez said: “You never know. One seeks to be happy and enjoy football.

“If the opportunity were given, it would be nice, but now I am very well here. I want to try to succeed at Leipzig and repay the trust they have placed in me.”

Touching upon the friendships he forged during his time at Barça, he said: “With Iñaki [Peña], Arnau [Tenas], Riqui Puig, Mingueza, Gavi… I met Pedri in Las Palmas. With Nico I do think I had no contact.”

Martinez was then asked what he thought of the Barcelona team under Xavi Hernandez. He replied: “Xavi has brought a plus of freshness to the team. The winter reinforcements have helped him. I follow La Liga a lot and Barça is in very good dynamics.

Martinez also had high praise for Barcelona prodigy Pedri, whom he played with at Las Palmas. “When Pedri went up to the Las Palmas first team, everyone was crazy about him. He handled the ball very easily and made passes that no other player was able to see.”

“He is a very safe goalkeeper. He has spent many years showing that he has a high level. Like any athlete, he has ups and downs, but now he is at the level of the team, very well. For me, he is a top goalkeeper.”

When quizzed if it was difficult for young goalkeepers to make it into the first team due to the presence of the German international, he replied: “La Masia always generates great footballers, also in the goalkeeper position. Arnau Tenas, Iñaki Peña…”

“In goal, if there is no injury, it is very difficult for the youngsters to have minutes. For that reason I think Iñaki made a good decision by going out on loan to get minutes. It is difficult to compete for the position of a proven goalkeeper at the highest level.”

Martinez then added that he would like to face Barcelona in the UEFA Europa League final this season, saying:

“Yes of course. I met quite a few Barça players and I have a good relationship with some of them. Winning the Europa League against one of the best teams in the world would be very nice. It would be my first title with Leipzig.”