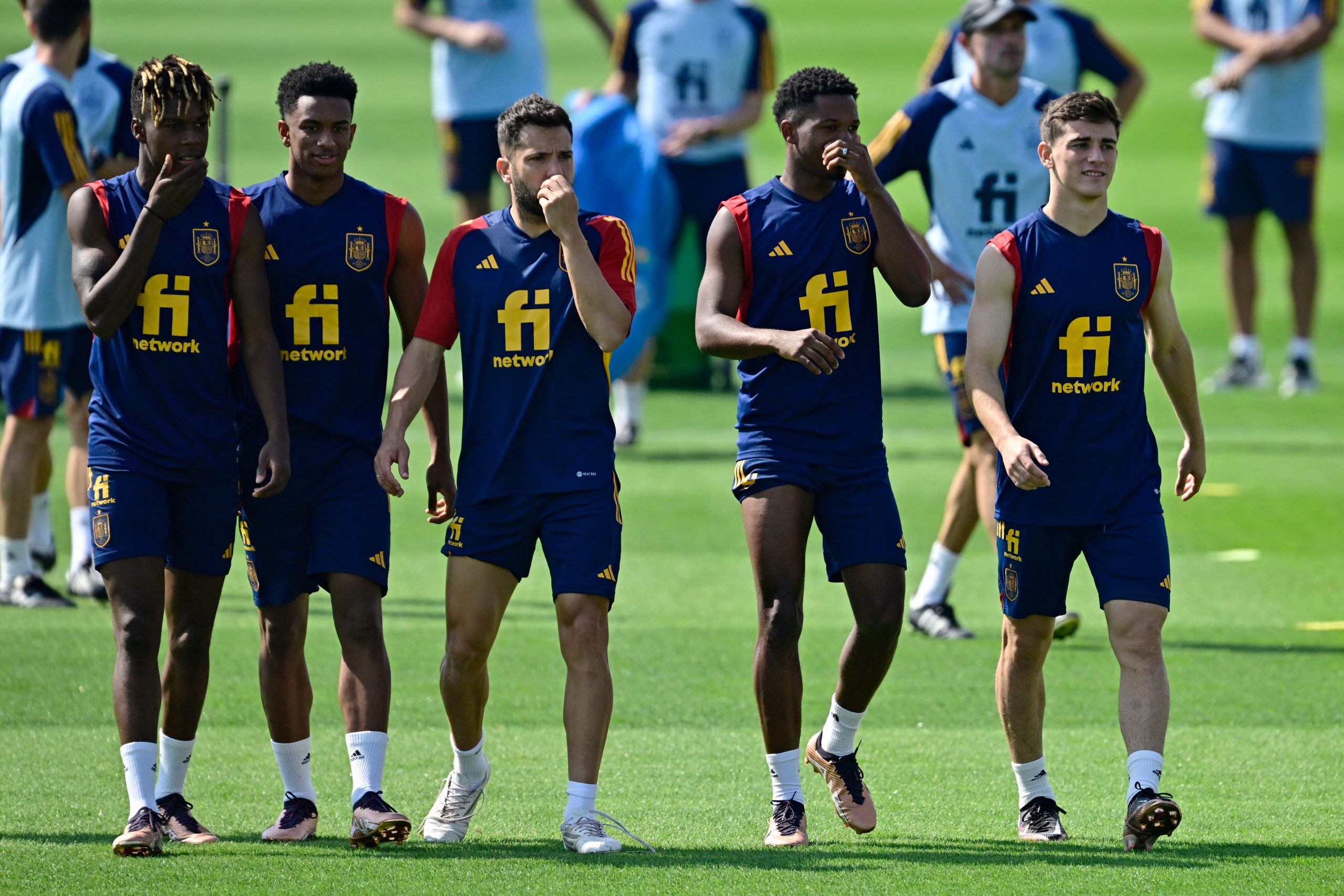 In a recent interview on Que T’hi Jugues, former Barcelona youngster Arnau Comas reacted to Alejandro Balde being called up to the Spain national team setup for the FIFA World Cup 2022 while also praising another La Masia graduate in Gavi.

A product of Barcelona’s La Masia youth setup, Comas rose through the ranks at the club and went on to make more than 50 appearances for Barça Atletic, although he never made his senior debut.

Comas left Barcelona this past summer, signing for Swiss giants FC Basel on a free transfer. During his time at the club though, the 22-year-old saw the likes of Gavi and Alejandro Balde rise through the ranks and make the grade to the senior team.

Furthermore, Balde and Comas were also together in the Spain Under-21 national team camp earlier this month before the former received a call-up for the World Cup after Jose Gaya’s injury.

Talking about that moment, Comas said: “Balde was with us at the training camp and when he found out he was going to the World Cup. He was very happy.”

The 19-year-old is enjoying a fine breakthrough season at Barcelona, having replaced Jordi Alba as the first-choice left-back at Spotify Camp Nou. Having replaced Gaya in the Spain squad, Balde could be in line to make his debut for La Roja later tonight when they face Costa Rica.

During the interview, Comas also spoke highly of another Barcelona youngster in Gavi, claiming that the 18-year-old’s attitude sets him apart from the rest.

“Gavi plays equally well with both legs and has a great competitive spirit. His attitude makes him top,” Comas said.

While Balde awaits his international debut, Gavi has already become a key member of the Spain national team setup since making his breakthrough last year. Despite being just 18 years of age, the 2022 Golden Boy Award winner could have an important role to play for La Roja in Qatar.