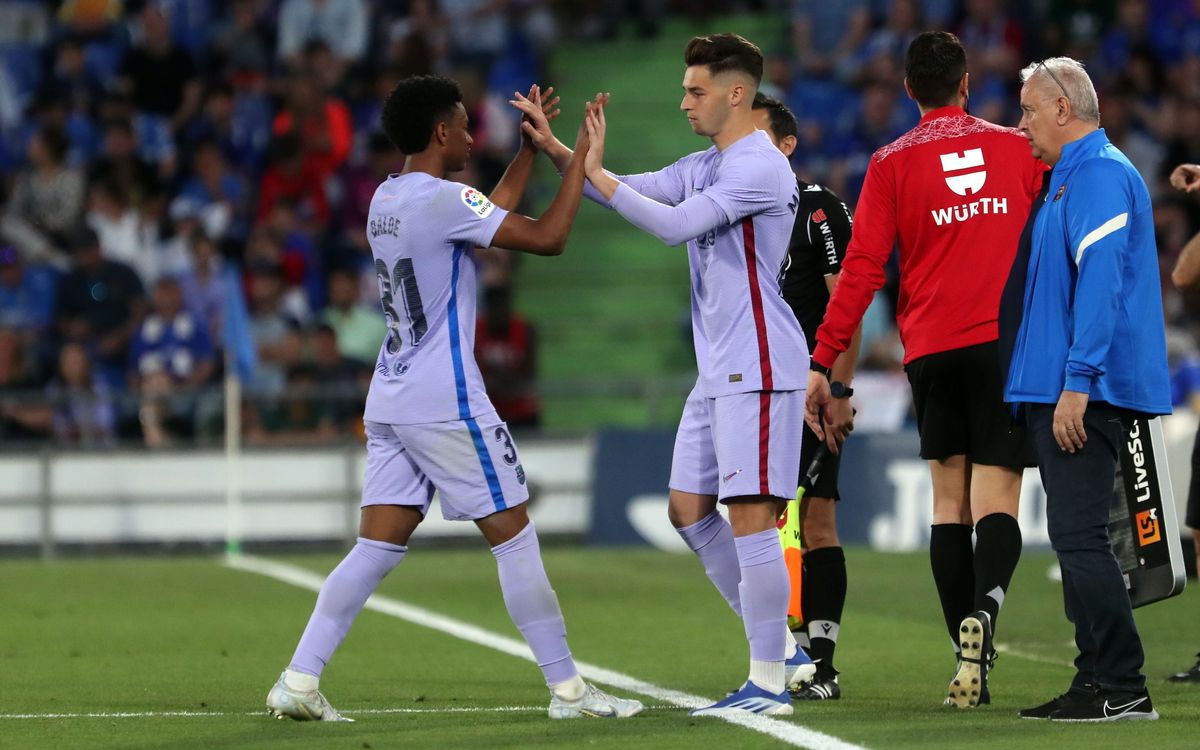 There are reports emerging in Spain that UD Las Palmas is reportedly looking to loan Barça Atletic defender Mika Marmol, per Josep Capdevila. However, he also reports that the deal could be very complicated for a variety of reasons.

The Spanish defender has been looking likely to be loaned out as Barcelona believes his talents exceed the level that Barca B currently plays.

There had been a few reports at the end of last season that Marmol could potentially be part of the first team come the start of this season. However, that seems unlikely at the given moment.

Barcelona has been undergoing massive reconstruction at the heart of the defence with Clement Lenglet already loaned out to Tottenham Hotspur, and the club looking to move on the out-of-favour Samuel Umtiti and Oscar Mingueza.

They have already added Andreas Christensen to its roster. Additionally, manager Xavi Hernandez is eager to sign another excellent defender, with Sevilla’s Jules Kounde high on the list.

With the club also looking to sign Chelsea’s Cesar Azpilicueta, that leaves next to no room for Marmol to slot into.

Las Palmas have been reportedly in the hunt to sign Marmol on loan for the last couple of weeks, with the reports increasing in the last week. However, the operation could be very complicated with multiple clubs on the hunt for the left-footed centre-back.

Several clubs from La Liga and La Liga 2 have shown interest while some teams from Europe are also keen. However, with former Barca B head coach, Garcia Pimienta, now at the helm at Las Palmas, it might be interesting to see if the coach can perhaps influence the loan deal for his former centre-back.

There is still a long time to go for the transfer window to really switch up gears. So, it will be interesting to see what the immediate future holds in store for the talented defender.