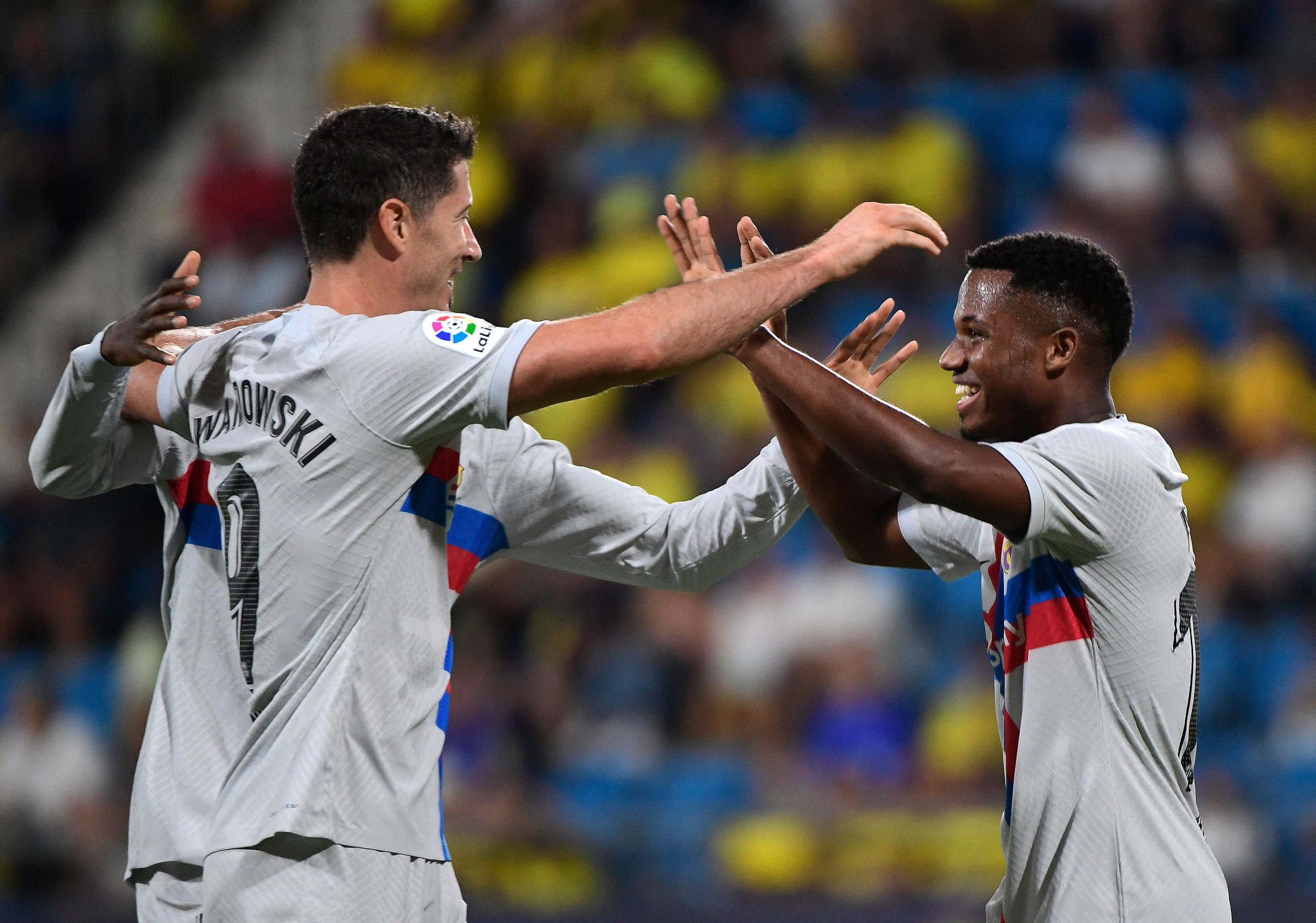 Barcelona continued their strong start to the 2022/23 campaign as they dispatched Cadiz CF 4-0 away from home at Estadio Nuevo Mirandilla on Saturday evening.

The Blaugrana had gone without a win in each of their last four meetings against Cadiz, who managed to hold them to 0-0 until half-time on Saturday. However, the floodgates opened after the break as Frenkie de Jong opened the scoring for Barcelona.

Substitute Robert Lewandowski made it 2-0 minutes after coming on before he set up two goals for his teammates Ansu Fati and Ousmane Dembele late in the game after a brief stoppage due to a medical emergency in the stands.

The victory sends Barcelona to the top of the La Liga table, one point clear of arch-rivals Real Madrid, who will play RCD Mallorca later tonight.

Cadiz did a good job of restricting their visitors early on, so much so that Barcelona registered just six shots in the opening 45 minutes – their lowest tally in the first half this season in all competitions. But the Catalans bounced back to pick up another emphatic win.

Barcelona are now unbeaten in 18 consecutive away matches in La Liga, which is the third-longest run in the history of the club. They managed to go 21 without a defeat on the road between 2017-18 and 23 between 2010-11.

The 4-0 triumph also helped Xavi string together a run of 17 matches unbeaten on the road in La Liga. The Barça boss equalled Zinedine Zidane’s to become the manager starting his tenure with the longest away unbeaten run, which the Frenchman achieved at Real Madrid in 2016.

Frenkie de Jong scored his first La Liga goal of the season to start the rout against Cadiz. With his strike, Barcelona now have eight different goalscorers in La Liga this season – more than any other team.

Meanwhile, Lewandowski continued his red-hot goalscoring form for Barcelona as he found the back of the net yet again on Saturday.

The Poland captain has scored six goals in five games in La Liga for the Blaugrana, making him the fastest player to reach that figure in the competition in the 21st century.