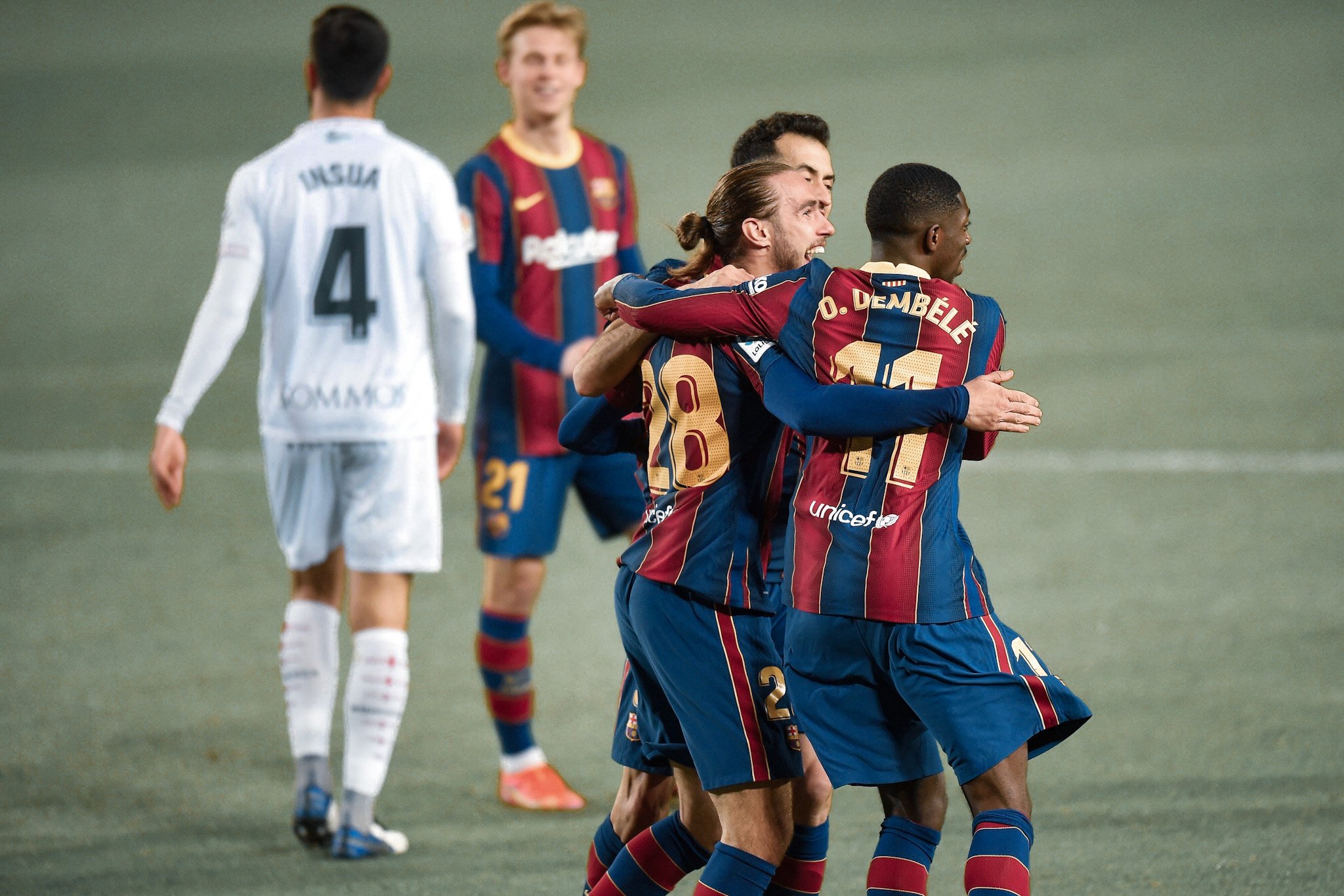 Barcelona had the chance to cover ground over Atletico Madrid, and unlike last time, Ronald Koeman’s men came through. Starting in a 3-4-3, there were some doubts over how this would play against a low-block side, but courtesy of a plethora of eye-catching goals, Barça etched a 4-1 scoreline and are now just four points off leaders Atleti.

Barça Universal brings to you five stats that surrounded the beautiful goals we saw.

Barcelona started in a 3-4-3 on the night with Frenkie de Jong headlining the defence through the centre. However, it was Oscar Mingueza who grabbed the plaudits, scoring a sensational header for his first Barcelona goal.

Oscar Mingueza scores his first goal for Barcelona. Well deserved, and many more to come! pic.twitter.com/JzCThQ58o0

The 4-1 scoreline sealed a great win for Barça, making it 17 games on the bounce without a loss.

Barcelona has been unbeaten in 17 games in the League now, the longest run in Europe's top 5 leagues currently.

Lionel Messi dominated the game like he usually does, scoring two amazing goals. He was also involved in Mingueza’s goal, assisting it with a sublime cross — the La Masia connection!

Mingueza is the 21st La Masia formed player to receive an assist from Messi.

Antoine Griezmann, too, would be happy with how the game went for him. He showed incredible work rate at the back, and was awarded with a sensational goal from outside the box.

With his assist to Mingueza on the night, Lionel Messi reached ten assists in all competitions this season, taking both his goals and assists tally to double figures. He’s not the first La Liga player to do it this season, though!