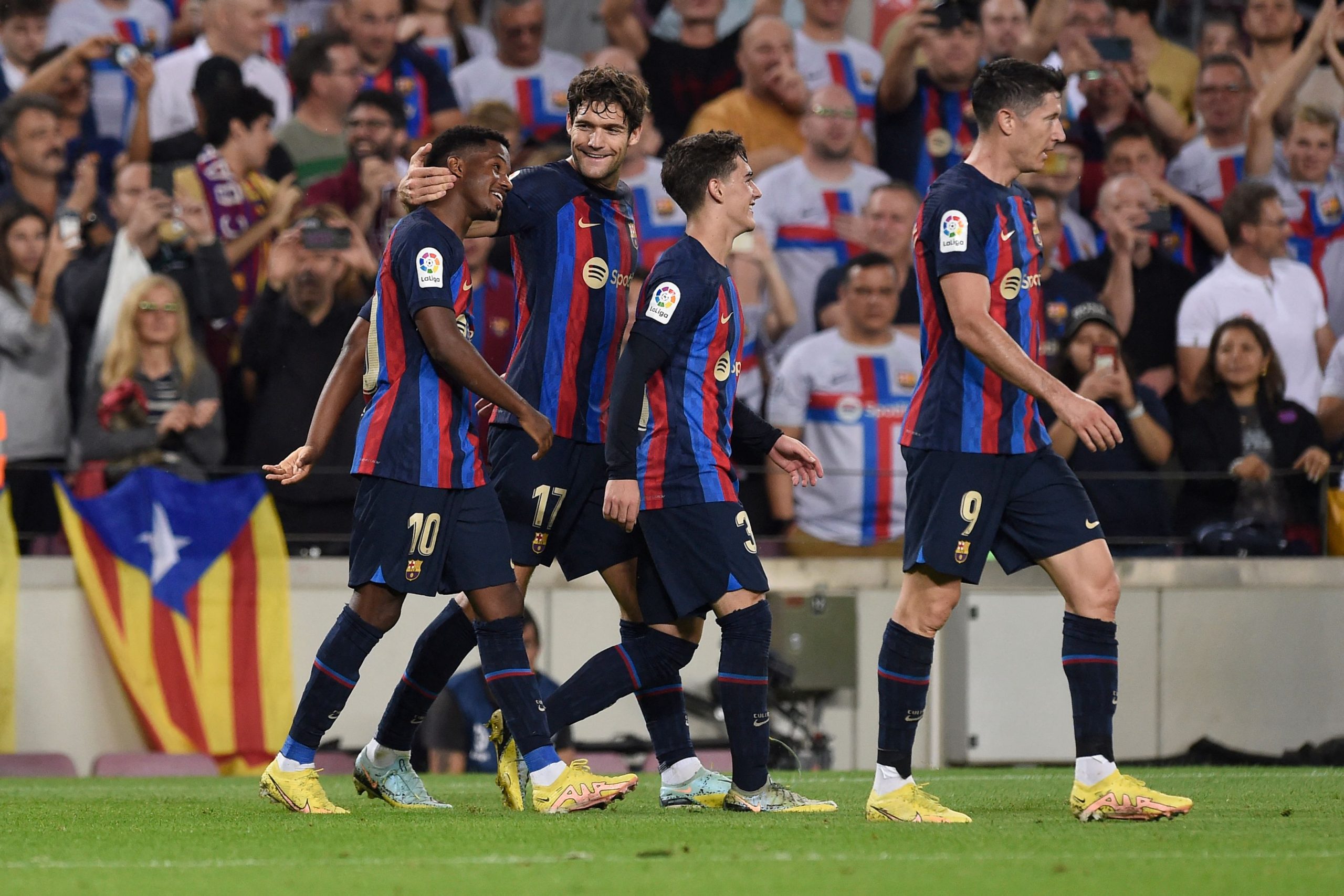 Barcelona cruised to a 3-0 victory over Villarreal on Thursday night at Spotify Camp Nou to return to winning ways after the debacles against Inter Milan and Real Madrid last week.

Robert Lewandowski gave the lead for Barça on the night with a well-taken goal before making it 2-0 minutes later with a spectacular finish. Ansu Fati then added the third before half-time, applying the finishing touches to a fine move by Ferran Torres.

It was a fine display from Barcelona, who did not give an inch to Villarreal on the night and dominated the proceedings from start to finish. Having conceded six goals in the last two games, securing a clean sheet was important for the Catalans and they managed to do it.

Barcelona have now kept a clean sheet in five consecutive home La Liga matches for the first time since 2011.

Frenkie de Jong stole the show with a superlative performance in the middle of the park against Villarreal.

The Netherlands international won ten duels against Villarreal (10/10), more than any other player in a single game in La Liga with 100% of duels success this season.

In recent weeks, Xavi has been encouraging his players to shoot from distance more often. And his instructions paid off when Lewandowski scored his second of the night with a curler from outside the box.

The Poland striker’s goal meant that after a run of 33 consecutive goals from inside the box, he scored Barcelona’s first goal from outside the box since Pedri’s strike against Sevilla in April earlier this year.

Ansu Fati enjoyed another productive outing on the night as he played for 74 minutes after starting the game. It is the longest duration in a game that the young forward has played since Xavi took over last year.

Fati also scored the tenth La Liga goal of his career on Thursday night. Interestingly, eight of those have come against Valencian teams, with three of them being versus Villarreal.