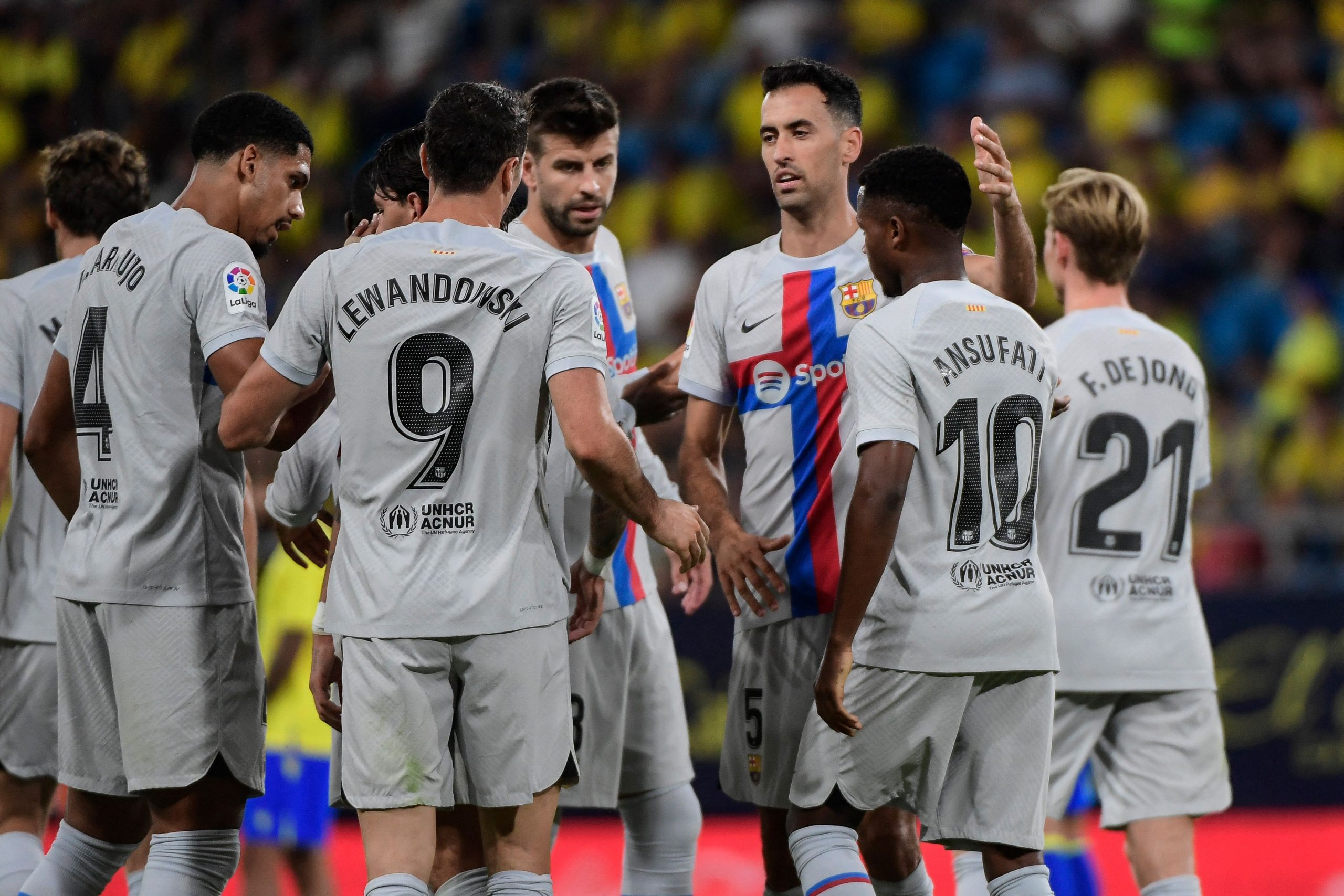 Ahead of their game against Bayern Munich tomorrow, Barcelona took on Cadiz on the weekend, with Xavi making a ton of changes to their first-choice starting lineup.

Robert Lewandowski, Ousmane Dembele, Pedri, Eric Garcia, and Jules Kounde were all rested, with Hector Bellerin being handed his debut, while Sergio Busquets returned to the XI.

Tomorrow, though, there is no scope to experiment. Xavi has to deploy the strongest possible lineup at the Allianz Arena. Luckily, he has every single player fit in his arsenal, and can choose to make whatever changes he wants according to the opposition.

With Sergi Roberto injured and Jules Kounde rested, Bellerin was awarded his debut on the weekend. The Spaniard was comfortable for the most part of the evening and did not particularly make any mistakes.

However, there is no scope of him retaining his place tomorrow. Jules Kounde should return to the starting lineup as the right-back. The Frenchman has done exceedingly well in that role this season, but will face his real test tomorrow, pitched against one of Serge Gnabry or Leroy Sane.

There is no argument about who starts, or should start, in central defence. Ronald Araujo is Barcelona’s best defender by far, and is expected to continue as the right centre-back, while the in-form Eric Garcia will likely partner him.

The left-back spot has been up for debate in the media, as Xavi sees all three of Alejandro Balde, Marcos Alonso, and Jordi Alba as capable starters. However, following his exceptional display against Cadiz, Balde is the only correct answer for us.

This back-four will have the responsibility to screen Marc-Andre ter Stegen in goal, who has been in exceptional form through the 2022/23 season.

Two of the three midfield spots in the team are rather straightforward. One of them is Pedri – fan-favourite, Golden Boy, teenage prodigy. The Spaniard is one of the most essential cogs at Barcelona and should get the nod in midfield.

Sergio Busquets has no backup, alternatives, or replacements in the current setup, and will, barring any surprises, be deployed as the lone pivot in a midfield three.

His recent meetings against Bayern have not fared well, with the likes of Thomas Muller, Leon Goretzka and Robert Lewandowski pressing him to hell and back. Tomorrow, however, he will have the support of a much stronger defence.

According to several reports, Xavi is yet to make a final call on the final piece of the midfield for tomorrow. He could, it’s understood, start Frenkie de Jong in midfield, and Gavi as the left-winger to give the team a composed setup.

However, that will be taking away from Gavi‘s strengths in the middle of the park. As such, we expect the Spaniard to start over de Jong tomorrow.

Bayern have been far from impressive at the back, with the likes of Dayot Upamecano, Matthijs de Ligt, and Lucas Hernadez making silly errors. Barcelona must look to capitalise on this as well as they can, even if it means taking a big risk.

Robert Lewandowski will unquestionably be the man of the hour tomorrow, playing against his former team. All eyes will be on him as he prepares to start as the centre-forward in the attacking trident.

Apart from him, Ousmane Dembele‘s impact in the current team cannot be understated. The Frenchman has been one of the best wingers in the world in 2022 and should prove to be a menace for the Bavarians on the wing.

The last attacking spot is where the dilemma creeps back in again. Raphinha is evidently Xavi’s first choice in his strongest starting lineup, but Ansu Fati’s profile could be extremely important at the Allianz Arena.

That said, the teenager has looked a bit tame so far this season, and understandably so. Barcelona fans will have to wait for him to make an impact off the bench.

As mentioned, Frenkie de Jong and Ansu Fati will almost definitely get to grace the Allianz Arena pitch tomorrow. That is, of course, if they don’t start already.

One of Sergi Roberto or Hector Bellerin could get the nod off the bench, too, albeit in slightly varying conditions.

Franck Kessie has barely received any minutes this season, but his profile can be extremely useful in a game like this. The Ivorian adds defensive astuteness, athleticism, and a box threat to the team like no one else.

Marcos Alonso, Jordi Alba, and Ferran Torres, too, will likely be in the pick-and-roll. Their presence will, however, be dictated by the conditions of the game.