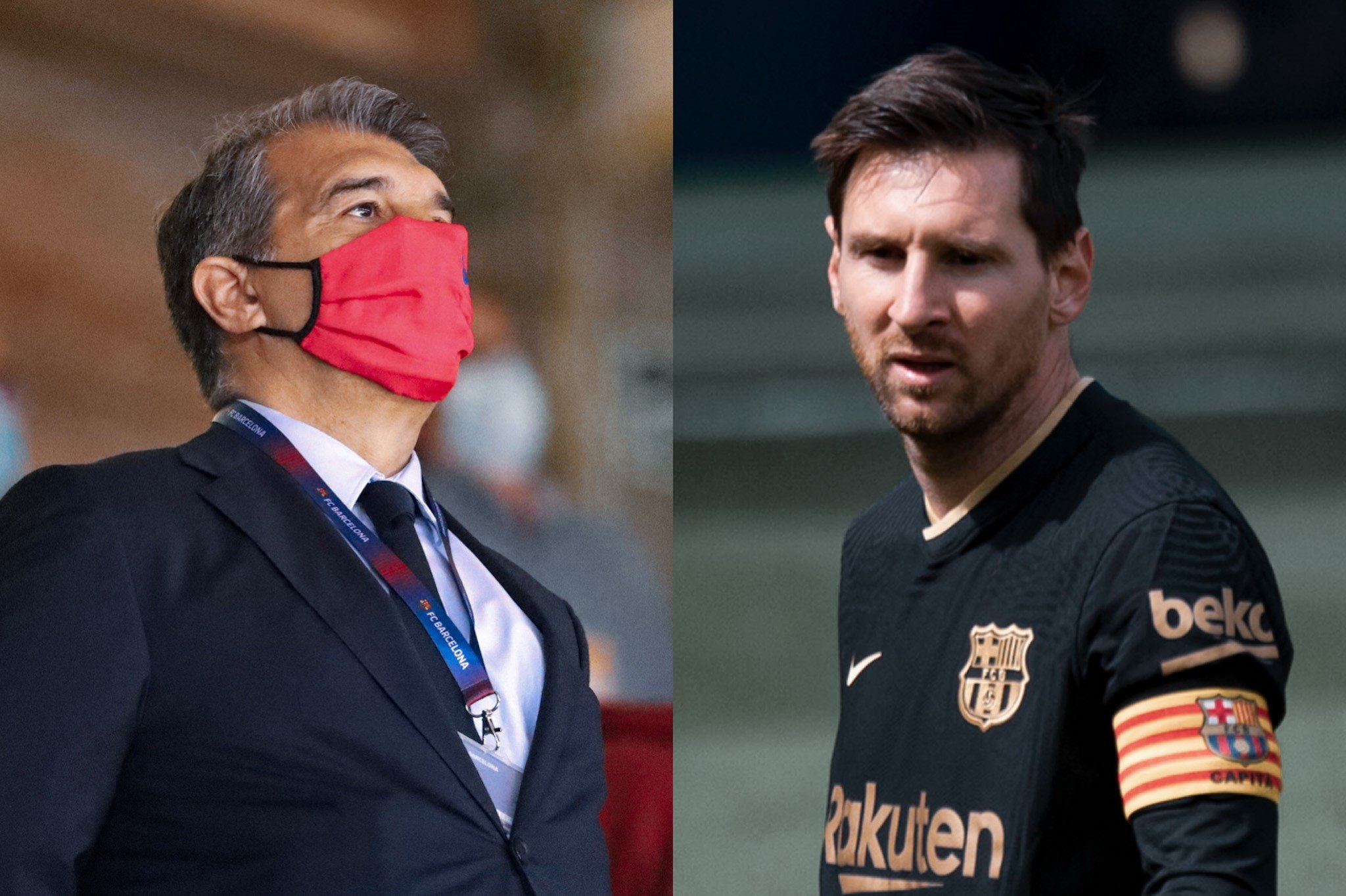 According to reports from Cat Radio, Lionel Messi’s father Jorge had lunch with Barcelona president Joan Laporta regarding his contract renewal. There were good intentions from both sides, with the Argentinian maestro seemingly wanting to continue at Barça.

After the largely covered Messi transfer saga occurred last summer, the number 10’s future at the Camp Nou has been up in the air. Wanting to compete in Europe, the six time Ballon d’Or winner seemed unconvinced of Barça’s project heading into the future.

Nonetheless, with Ronald Koeman sweeping in with a plethora of youngsters and fresher, more dynamic ideas, the Garnet and the Blue have begun to show positive signs once again. With the likes of Pedri, Dest, Araujo, Mingueza, Fati, de Jong, and others, it seems that Barça may finally have a solid foundation upon which to build a winning project.

Messi seems to have taken note of this; he was once a solemn figure at the start of the season, unable to perform at his best level. Now, he is tearing up La Liga, almost carrying Barça’s title hopes on his own back. Furthermore, he is surrounded by teammates and a coach that he believes in; therefore, the little magician may finally be reconsidering his options.

Last summer, it seemed inevitable that Messi would leave in a year’s time. However, with the positive changes occurring in and around the club — the biggest being Laporta’s appointment as president — the Argentinian may finally end up staying.

According to the report, Laporta and Messi’s father discussed a long-term contract structure including three stages. The first condition is that the 33-year-old will spend an additional two seasons at the Camp Nou.

In the second stage, Messi will fulfill his wish of playing in the United States. He will join Inter Miami FC — David Bekham’s club — with the hopes of playing with his ex-teammate Luis Suarez once again. Simultaneously, Messi will also be tied down to Barça as a club ambassador, with Laporta keen to involve the decorated Argentinian in key strategic projects going into the future.

Finally, once Leo finishes his career in Miami, he will return to the club and join the sports structure. In fact, Messi has spoken in the past about how he would like to be a sporting director after retirement. In this deal, Messi’s wages would be reduced to 50% of his current wage, and he would instead be paid the remaining amount over his time as ambassador.