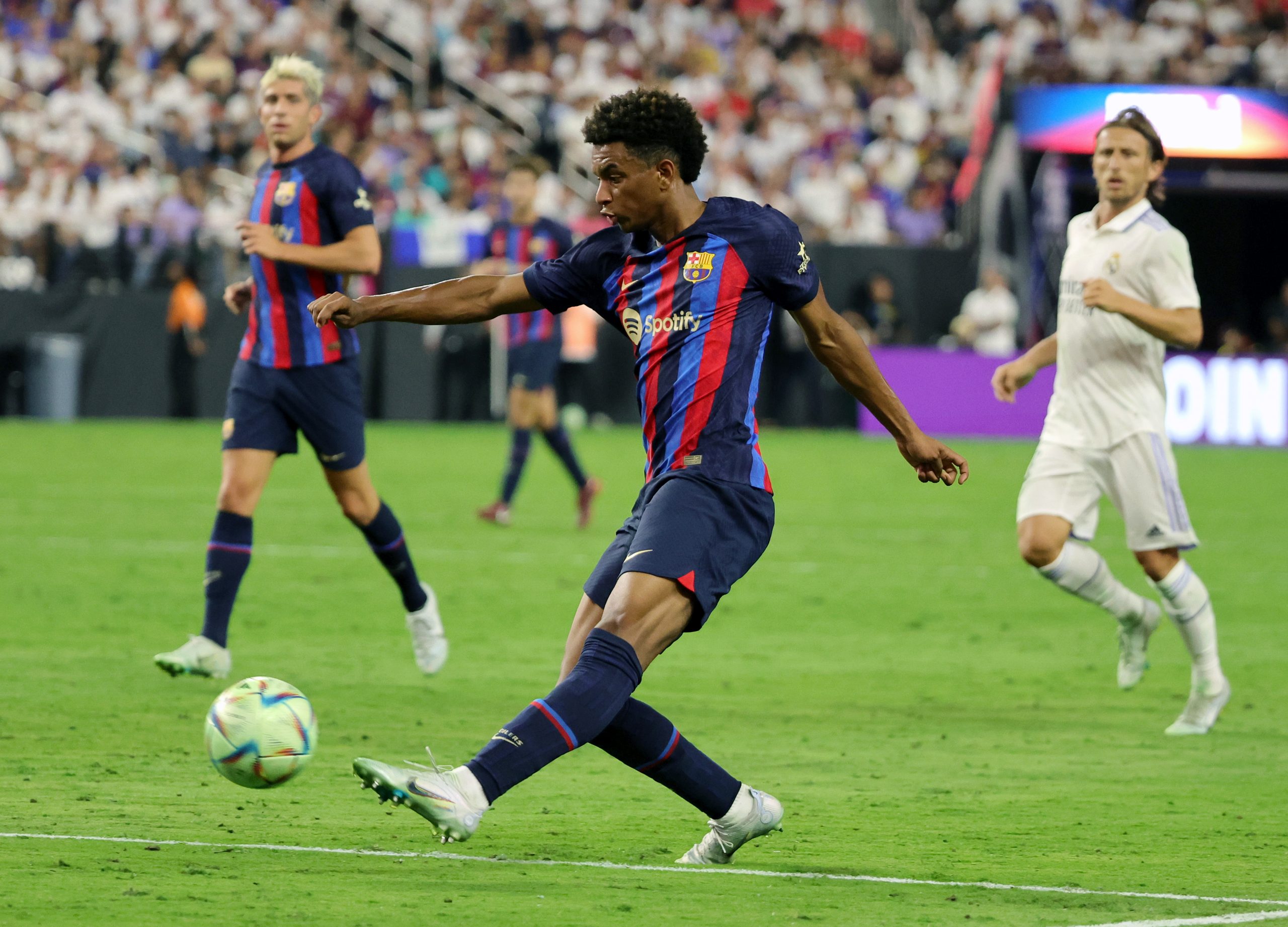 Barcelona are facing a race against time to register their new signings ahead of their opening day fixture against Rayo Vallecano this weekend.

However, that has not stopped the Catalans from remaining proactive in the market. In fact, various reports suggest Xavi wants more players in the Barça camp this summer, with the head coach particularly keen on the services of a new left-back.

Although Jordi Alba has proven himself to be an excellent servant for the club, the veteran is nearing the final phase of his career and soon needs an ideal alternative.

Alejandro Balde is currently the undisputed backup for Jordi Alba, having performed remarkably well during the pre-season. He was, in fact, one of the best performers in the summer, featuring in a host of matches throughout the past month or so.

However, according to Adrian Sanchez, Barcelona are running the risk of losing Balde this summer, in what could be an unprecedented move for both the player and the club.

Sanchez claims Balde is seemingly cautious about his future at Barcelona. He is aware of the fact that the club are in the market for a new left-back, who can deputize for Alba in the years to come.

Marcos Alonso has emerged as the ideal option for Xavi, who rates the Chelsea star highly due to his technical prowess and experience at the highest level of football.

While Balde is more than prepared to make a name for himself at Barcelona, the youngster could consider a move away from Camp Nou if the club manage to bring in Alonso from Chelsea this summer, as per Sanchez.

It appears the young left-back is aware of his prospects at Barça, especially in the event of Alonso’s arrival at the club. It would put him further down the pecking order, with very few opportunities of making a breakthrough.

Hence, a move away from Camp Nou could be the right move for Balde, although the Catalans certainly would not entertain the possibility of selling him permanently this summer.