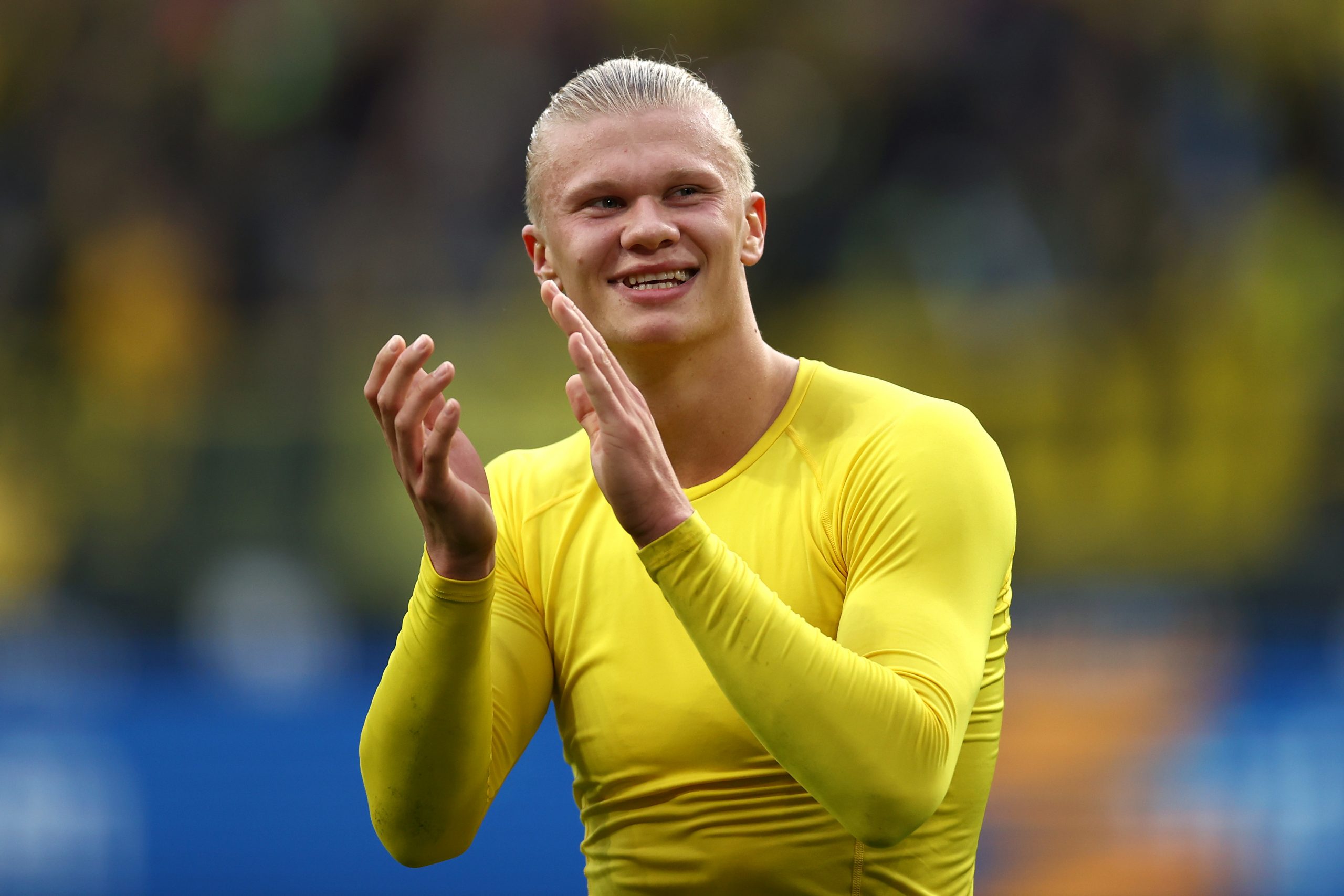 Next summer will see Erling Haaland spark a huge transfer war for his signing. The Borussia Dortmund hitman is one of the most in-demand players in the market heading into 2022. With a release clause set to get activated in the coming year, the Norwegian international will be at the top of the wishlist of almost every top club in Europe.

Indeed, the likes of Manchester City, Chelsea, Manchester United have all been linked with a move for the 21-year-old, who has plundered 70 goals in 69 games since joining Dortmund in January last year. However, a move to La Liga seems to be of more appeal to the striker, amid strong links to both Real Madrid and Barcelona.

Real Madrid have been hot on his trails for a while now, with president Florentino Perez looking to build a Galactico strikeforce with Haaland, Karim Benzema and Kylian Mbappe.

As for Barcelona, club president Joan Laporta has his sights set on the 21-year-old as the marquee signing needed to bring back the glory days at Camp Nou after a difficult past eighteen months or so.

El Nacional now has come out with a report which claims to provide an insight into the Norwegian’s preference between Barcelona and Real Madrid. And, as per the report, the 21-year-old Haaland would be leaning towards a move to Camp Nou over Santiago Bernabeu.

Explaining the possible rationale behind such a decision, the report claims that Haaland would have to play second-fiddle to Benzema at Real Madrid at least for the time being while also having to share the limelight with Mbappe and the in-form Vinicius Junior.

At Barcelona, however, he would be the centrepiece of the team that is filled with talented creative midfielders, which has him leaning towards a move to Camp Nou.

What also works in favour of the Catalans is the relationship between Laporta and Haaland’s agent, Mino Raiola. It is claimed that the super-agent is much more comfortable working with Laporta than his Real Madrid counterpart, Perez, with the pair having had some issues in the past.

All said and done, any move for Haaland would not be straightforward for Barcelona due to their financial situation. There are a lot of aspects working in their favour, but they need to find a way to sort out the economic issues if they wish to land the ex-RB Salzburg marksman.