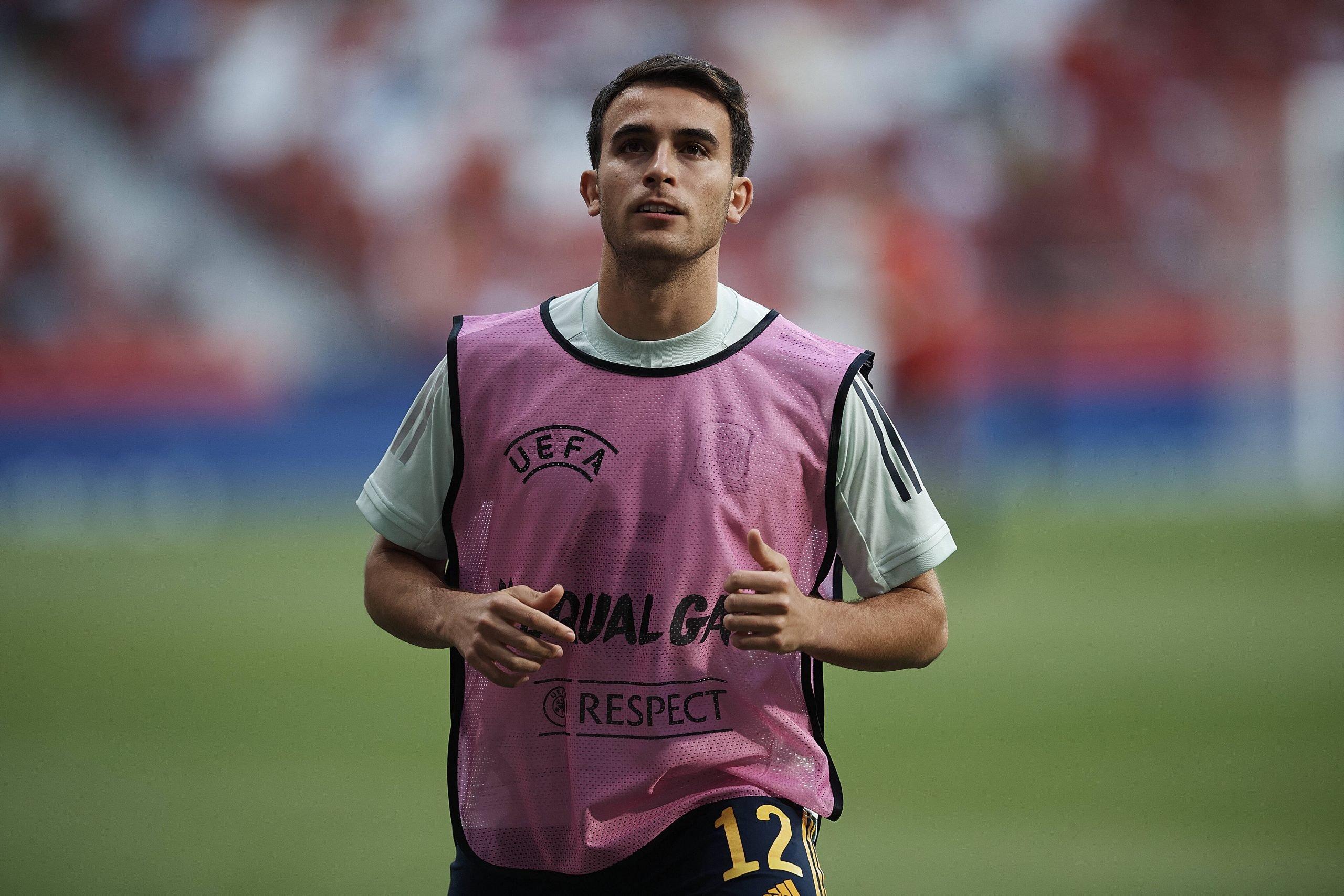 Speaking an interview with Catalan publication SPORT, Barcelona new signing Eric Garcia has claimed that his former Manchester City teammate Aymeric Laporte is a great player, amid interest from the Catalan giants.

Garcia signed for Barcelona on a free transfer this summer after his contract with Manchester City ran out. The 20-year-old returns to the club, four years after having left for England as a teenager.

Back with the Blaugrana, Garcia has been joined by another ex-Man City teammate in Sergio Aguero, who also arrived on a Bosman move. And more reunions could be on the cards with Barcelona being linked with at least half a dozen City stars.

The strongest interest, though, seems to be in Aymeric Laporte and Garcia has welcomed the links, saying: “Aymeric Laporte coming to Barcelona? I don’t know. We haven’t talked about this. We are focused on the Euros, but if he comes to us, obviously he’s a great player.”

The summer has been full of good news for Garcia as he got to return to Barcelona while he is also part of the Spain squad for the UEFA Euro 2020. Expressing his delight over how things have panned out for him, the 20-year-old said: “I’m living a dream. I’m going to play for the club where I always wanted to be at, and now I’m part of the Spain squad with very high-level footballers. It’s spectacular.”

During the interview, Garcia also expressed his admiration for Spain national team manager Luis Enrique. The 20-year-old also revealed his gratitude towards his former boss at Manchester City, Pep Guardiola.

“Luis Enrique? I like him very much. The attitude he transmits, the idea he has means everything to him. He shows it to us in talks and videos. He has a winning character. It’s all really important.

“Guardiola? I can only have good words towards Pep. He knew the decision of mine not to renew, he assumed it and we had no problem. I’m very grateful for what he’s done for me,” he explained.

The defender also addressed questions regarding any similarities between the two, saying: “Is Enrique similar to Guardiola? They are similar when it comes to building the attack from behind, in high pressure, but in terms of expressiveness, they are a little different. Both are very good.”

The talks then steered towards Garcia’s idols, with the defender naming three Barcelona legends as someone he looked up to: “My references? Piqué, Puyol, and Mascherano.” This led to the inevitable question over him being compared with and tipped to replace Gerard Pique at Camp Nou.

“Comparisons with Piqué? We have similarities to leave Manchester, but what he has done in football is impressive. He’s one of the best in the world and it will be great to learn alongside him,” the defender said.

Finally, Garcia was quizzed about how he likes to play and what are the strongest aspects of his game, to which he replied: “I like to advance the ball, I like to read the game, to talk a lot. It’s a way to be connected with your teammates, and this is something very important.”