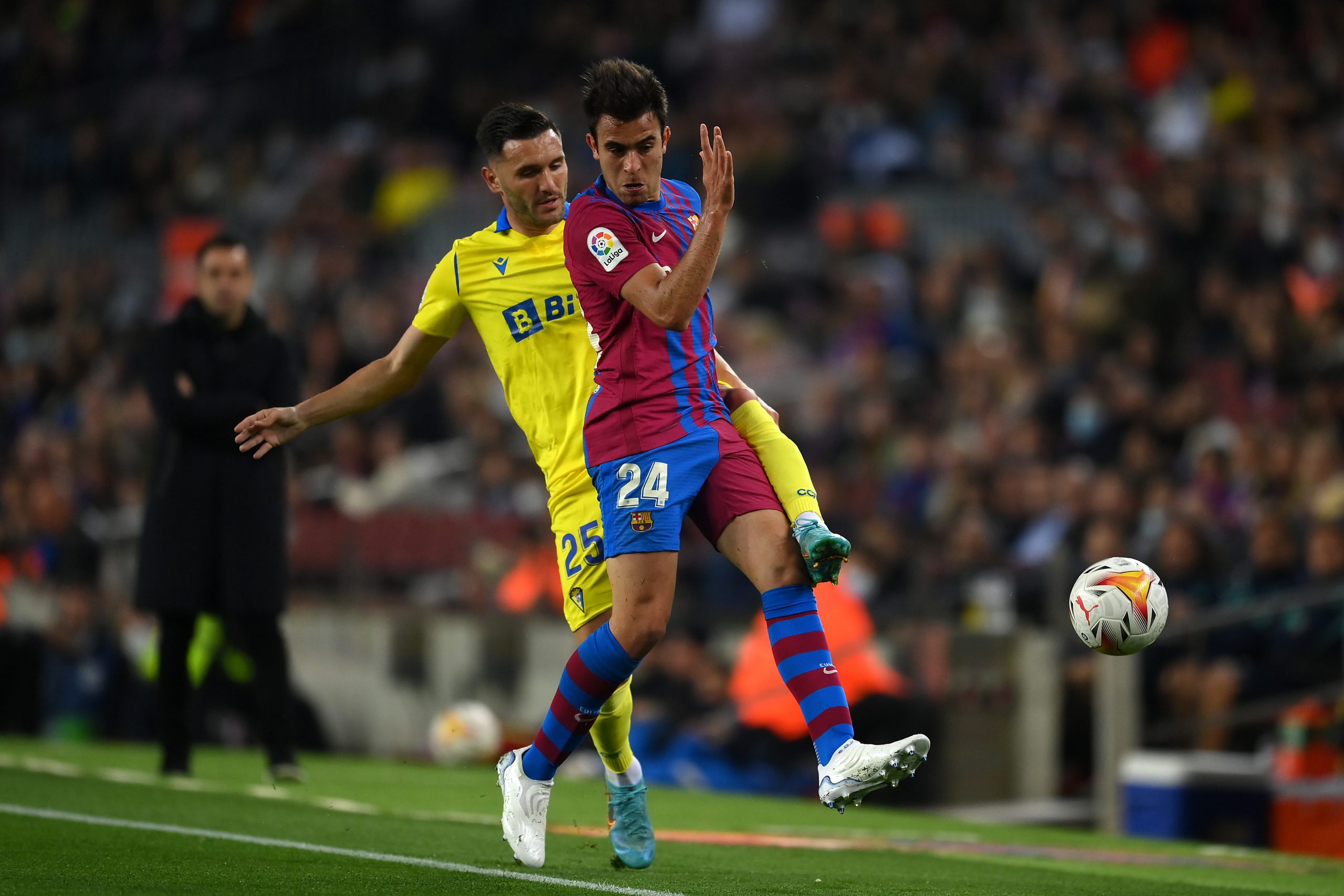 Barcelona’s unbeaten streak in La Liga came to an end on Monday night as they slumped to a shock 1-0 defeat to relegation battlers Cadiz at Camp Nou.

Following the elimination from the UEFA Europa League, Barça entered the game hoping to bounce back to winning ways. But it was a poor display from Xavi’s men on their home turf and a second-half strike from Lucas Perez earned the visitors a deserved victory.

The result means Barça are 15 points behind leaders Real Madrid, with one game in hand. As for the top-four battle, Sevilla and Atletico Madrid are level on points with the Catalans, although they have played one game more.

Nevertheless, it was a disappointing result for Xavi’s men. And, speaking after the contest, defender Eric Garcia spoke about the performance saying:

“We started with rhythm, but then we became anxious in front of goal…We couldn’t score. Their goal complicated a lot of things. We have to recover.”

When asked about the title race, the Spaniard replied: “We have to focus on ourselves, on winning games and not dropping three points again.”

Garcia then insisted that the outcome of Thursday’s game had not affected the players’ mindset on Monday night, saying: “I don’t think what happened the other day affected us.”

Barcelona captain Sergio Busquets also weighed in on the display against Cadiz, stating that the team had to improve their chance-creation in the final third.

“It’s true that lately, we haven’t created a number of chances. We have to get better,” he said.

Busquets insisted that the team had no room for error anymore and must win the remaining seven games in the season.

“After conceding the goal we tried but did not succeed. We have seven different games left, and we have to win it in order to end reverse the situation,” he added.