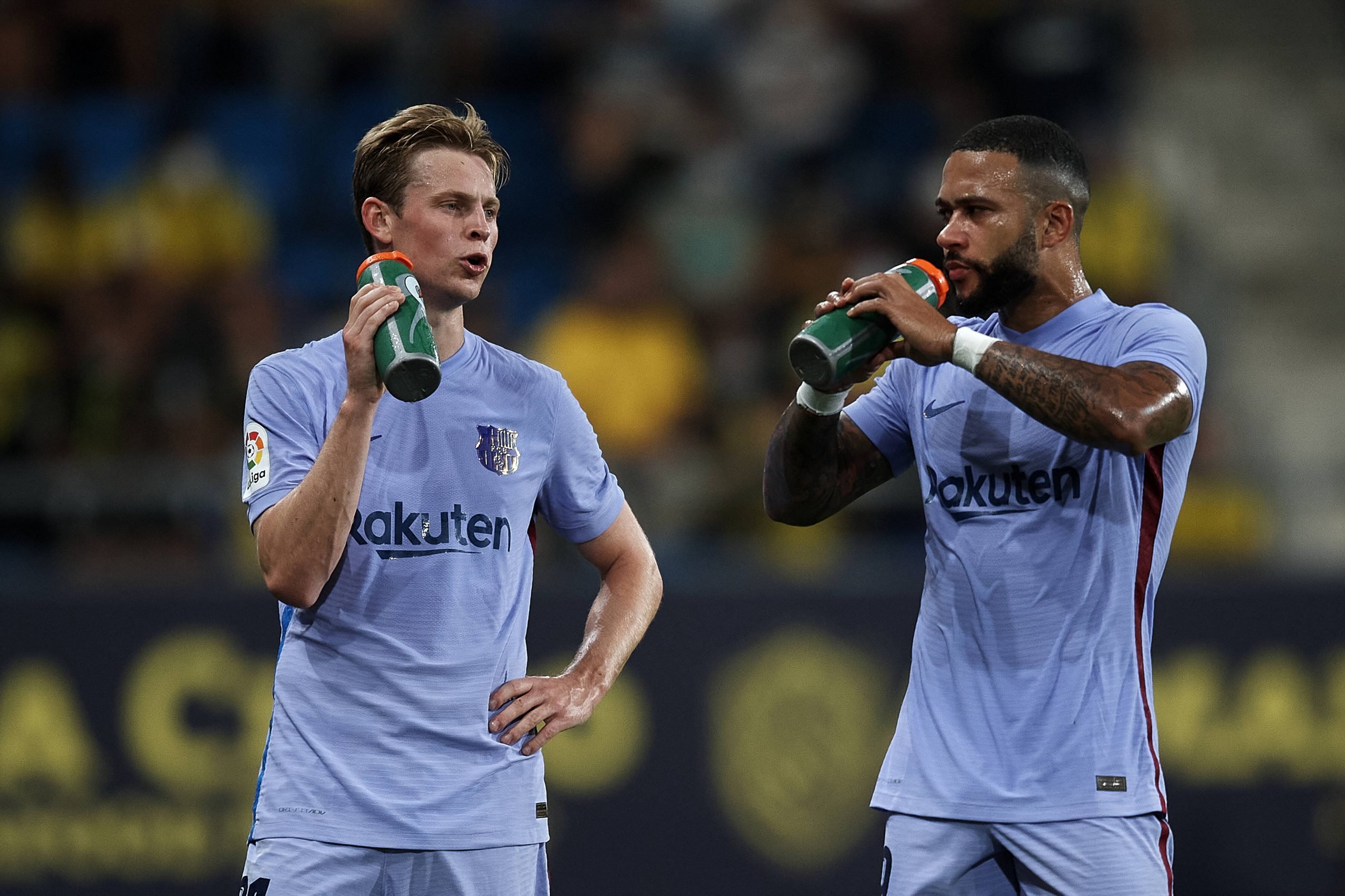 Following the departure of Lionel Messi to Paris Saint-Germain this summer, Barcelona are left short of leading men in their starting lineup. Memphis Depay was signed from Olympique Lyonnais on a free transfer, and is expected to pick up the slack alongside Frenkie de Jong.

While the Dutch duo have had a decent start to the season, Barça fans surely expect a lot more from them. In fact, even football legends like Marco van Basten and Ruud Gullit have some strong opinions on their compatriots.

Speaking for Ziggo Sport on El Rondo, van Basten did not hold back on Memphis, saying, “I have doubts on whether Depay is a player for Barça.”

“He’s a good player, but also an artist and an individualist. He does his thing and persists a bit in it.”

The former striker continued to explain this, saying: “In such a big team, you have to be more of a team player. They have to attack together and hit the ball. He does too much of his own thing and I do not know if that is enough in an elite club.”

Gullit moved the topic to Frenkie de Jong, and hit out on his underwhelming performances:

“Frenkie de Jong is a great player, but he is too protected. If he does not play well, they say it is because he has not played in his position.”

De Jong picked up a red card against Cadiz, and Gullit evidently did not like that.

“Well, whatever position he played in midfield [against Cádiz] , he didn’t play well. You should always give something more.”

He continued to criticise the midfielder, suggesting that he does not have enough layers to his game.

“He [Frenkie] should have more depth in his game. He goes to receive the ball from behind, do some feints and play again. Yes, that way he can also make some good passes.”

The legendary player also spoke about what he expects from de Jong in transition phases and from the centre of the park.

“It is not that he has to appear in the sixteen meter area, but he has to hit those balls there. And you don’t see that from him enough.”

“In transition, with all the vision that he has, every now and then he has to hit a long ball. That’s what bothers him a bit.”