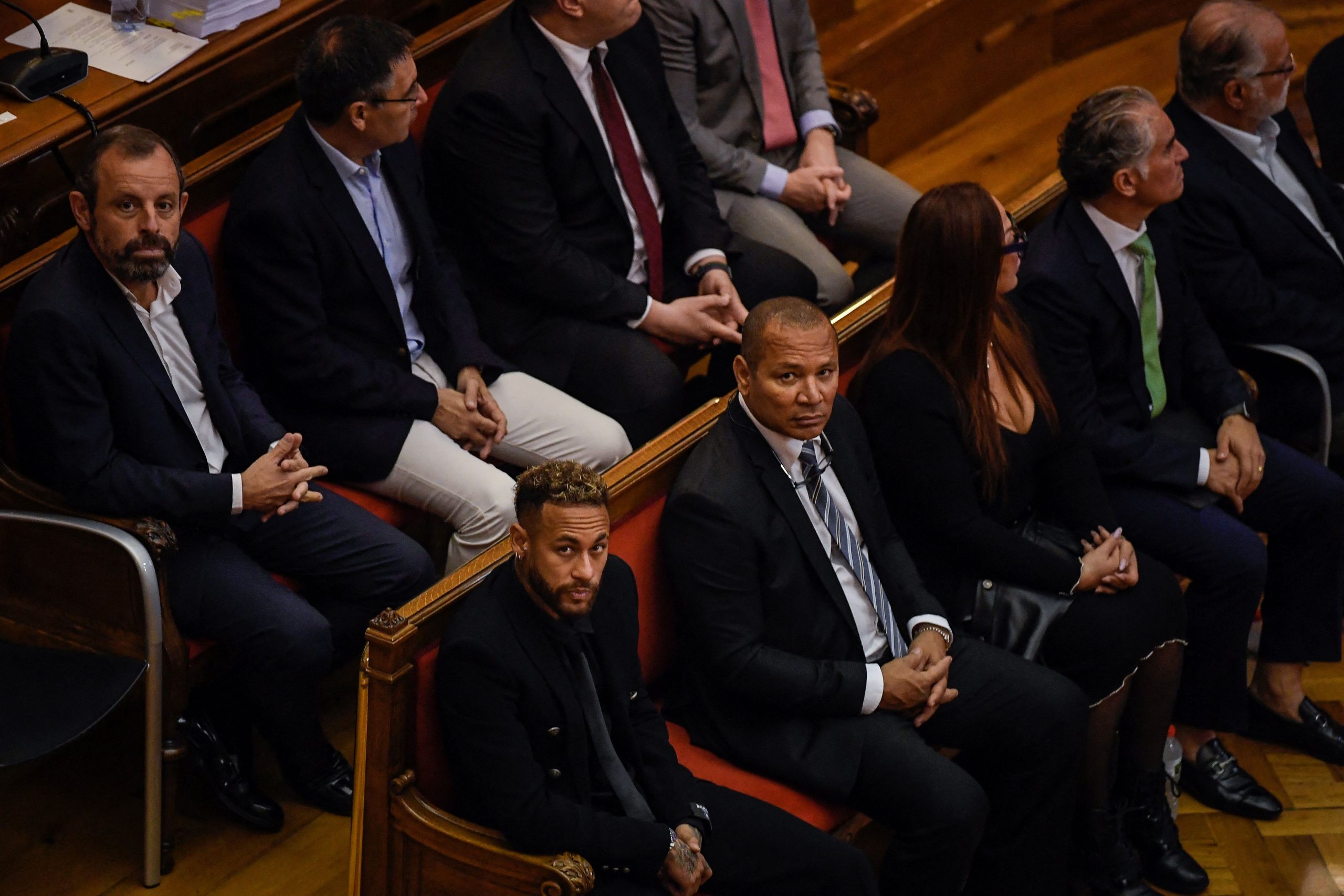 The hearing against Neymar Jr, his father and former Barcelona presidents Sandro Rosell and Josep Maria Bartomeu on charges of corruption and fraud entered into its third day today.

And DIS, who have lodged the complaint against the aforementioned parties, citing irregularities in the transfer of the Brazilian superstar from Santos FC to Barcelona back in 2013.

The company owned 40% of Neymar’s rights at the time of the transfer, but believe that they were not compensated accordingly alleging that Barcelona and Neymar’s entourage planned to hide the real cost of the transfer.

The hearing for the case started on Monday, with the PSG superstar in attendance.

He was asked to give statement about his transfer from Santos to Barcelona yesterday, during which he confirmed that there had been interest from Real Madrid, but followed his heart and chose the Blaugrana instead.

“I knew about the rumours from other clubs but my dream was to sign for Barça and in 2013 I decided to go to Barça and leave Santos.

“I had options from many clubs but my dream was always to play for Barça since I was a child I wanted to play there and I always follow my heart. I remember that I had Madrid to go to and I don’t remember others. At the last moment, it was Madrid or Barça but my heart made me go to Barça,” he said.

Now, reacting to the statements made by the Brazilian footballer, DIS executive director Roberto Longo has taken a dig at Neymar, questioning where this love for Barcelona was when he trained with Real Madrid as a child or chose to leave the Catalans for PSG in 2017.

“As a child, Neymar was not from Barça. He even went to train with Real Madrid. If he had so much love for Barça, he would be playing today for Barça and not for PSG,” Longo said (h/t SPORT).

DIS are asking for a prison sentence for the ex-Barcelona superstar as well as disgraced former club presidents Rosell and Bartomeu, apart from a hefty financial penalty.