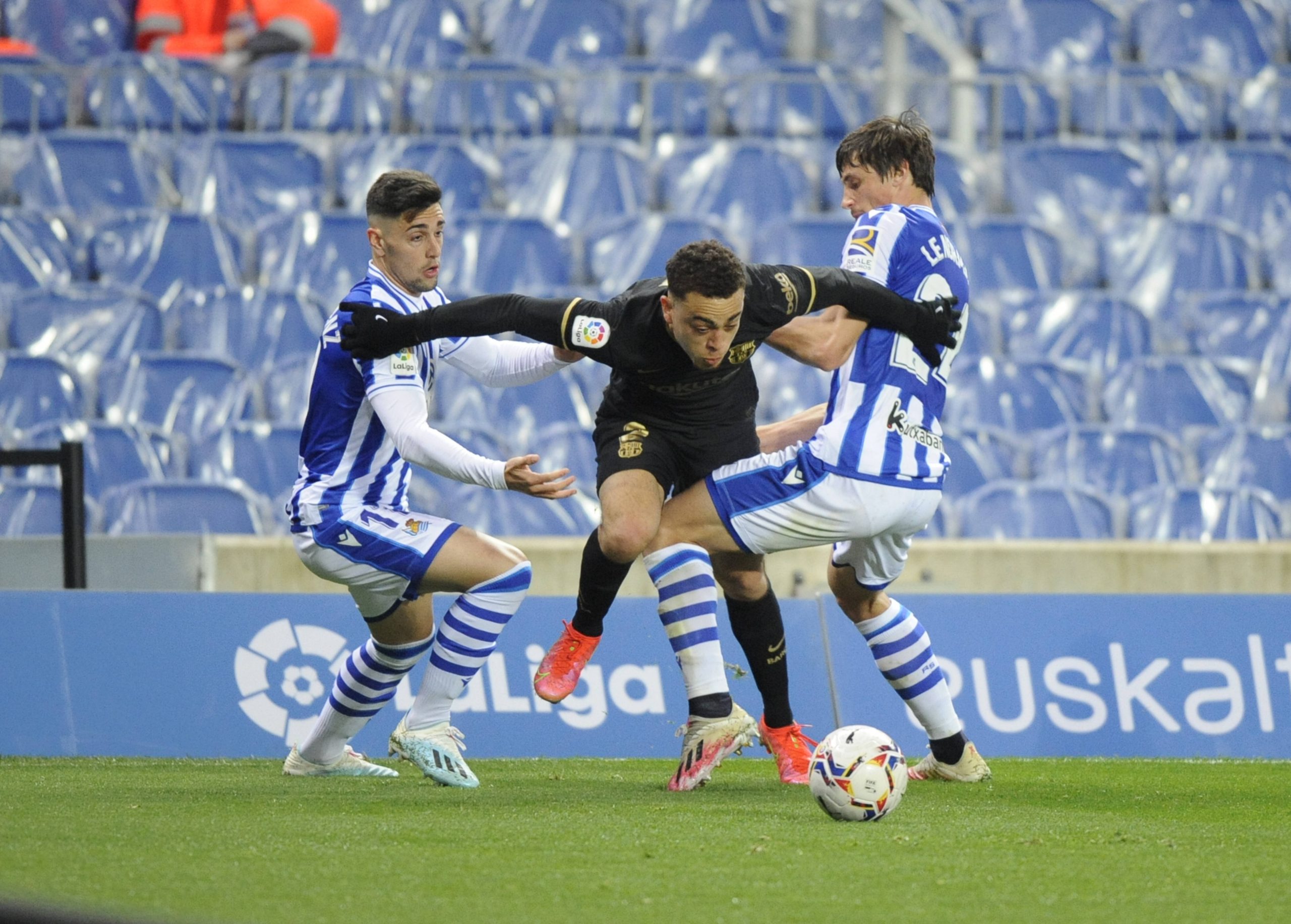 A magnificent display from Barcelona against Real Sociedad saw them hammer six goals past La Real, as the club seems to be hitting a purple patch of form at the tail-end of the season. The victory sees second placed Barcelona maintain pace with La Liga leaders Atletico Madrid, who are four points ahead heading into the international break.

Ronald Koeman’s new three at the back system has worked an absolute treat since he introduced it. The theme continued as Barcelona dismantled the home side with a thoroughly captivating performance with goals from birthday boy Antoine Griezmann, Ousmane Dembele and a brace each from Lionel Messi and Sergino Dest.

Dest has found a lot of comfort in his new wingback role high up the pitch, which allows him to best utilize his talents on the ball. He was rewarded for his efforts yesterday with his first and second league goals for Barcelona, which were very well taken. Here is what the American had to say after the match.

On the performance: “It was incredible out there. We won 1-6, and now we have to keep playing this way.”

On the team’s impeccable form: “The team is going through the best period of the season, we created a lot of chances and scored a lot of goals.”

On his goals: “I hit the post, the crossbar several times so the goal had to come and it finally paid off. I am really happy to score two goals and to help the team. It was the first time I’ve scored in La Liga and the sensations are really good.”

On the new formation: “This system suits me very well. I find a lot of space.”

On the title race: “We have to do what we are supposed to do and not focus on the results of other teams. The team is on the right track and we have to continue like this. We haven’t won anything yet.”