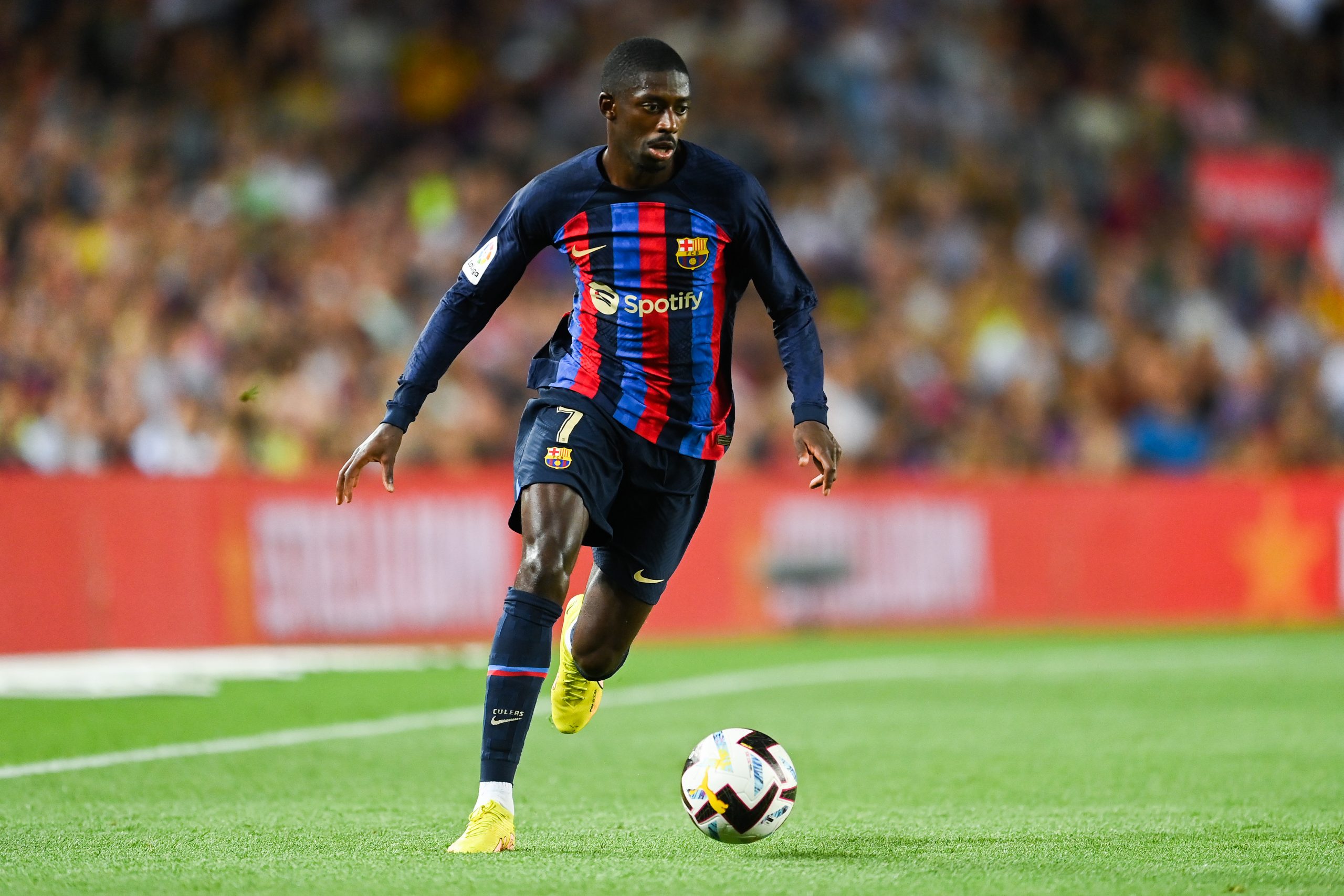 After enduring a topsy-turvy year with regard to his future, Ousmane Dembele has stayed put at Barcelona and is enjoying life under Xavi Hernandez.

The 25-year-old looked to be on his way for the major part of the year. In fact, his contract with the Catalan club even ran out on June 30. However, ten days into free agency, the French international re-signed with the Blaugrana, penning a two-year contract.

Dembele has carried on in the same vein of form that he displayed in the second half of the last season. And the French international is happy with how things are going for him personally and the club.

On his situation at the club: “I am very happy, there is a very good atmosphere in the locker room, I am happy with the coach, with all his staff and now I am enjoying football.”

On whether he is going through his best phase as a Barcelona player: “This year yes, this year and the months of last season, since Xavi arrived, since then I have lived my best moment at Barça.”

On Xavi’s tactical demands from him: “Xavi wants both wingers open, that we face one against one, that we give assists, that we score goals. For me, or for the other wingers, his way of seeing football suits us very well.”

“And with Raphinha also very well, I knew him because he played for Rennes, which is my team in France, I watched the games and he already did very well. They are both very good and will contribute a lot.”

On competition with Ansu Fati, Memphis & co.: “I really like competition and if we want to win we have to have a very good squad. There are many very good forwards, Robert, Ansu, Raphinha, Ferran or Memphis, that competition for the team is very good, because then the best will play.”

On who among the new signings has surprised him: “Lewandowski aside, we already knew him very well, very well Raphinha and also Kessie. Franck is a very good player, with experience, really well.”

On the youngsters at the club: “There are many and very good. If I say Pedri, Gavi will come for me… they are all very good, Gavi, Ansu, Eric, Pedri.

“Pedri is a top player. He can be one of the best players in the future. Actually… he already is. Eric is a leader. I always tell him that he will captain Barça in the future. Gavi is only 18 and he’s very good. So are Ansu, Pablo Torre. Balde is very fast… and heavy.”

On Pierre-Emerick Aubameyang: “He wants to play and it was a positive operation for the club too, it was good for both of them. It’s a pity, I’ll go to London to see him. He already helped me during my time at Dortmund and also now. And he invited me to something when he gave him assists.”

On his role models: “Messi and Iniesta are my footballing role models.”

The current players he likes to watch: “I love to watch Mahrez, Sadio Mané and Leroy Sané.”

On Barcelona’s chances of success after difficult 2021/22: “We can, but we have to prove it on the field. Last year was very difficult, there were many injuries, the best player in the world, Leo Messi, left.

“This year Laporta and Alemany have worked hard to make a very competitive squad and I think we’re going to win titles.”

On Barcelona’s Champions League chances: “Barça is always one of the favourites, along with other greats, like Madrid or Liverpool. We have to start very strong, not like last year, when we lost to Bayern 0-3 and then to Benfica 3-0.”

On Group C and facing Bayern Munich: “Yes, it is a very difficult group, but we are also very difficult for them. It is a very good group, they will see very good games. And we will go out to win all the rivals and all the games. The team wants to beat Bayern, because they beat us last year, also the previous one.”

On Laporta comparing him to Mbappe: “People like to compare players a lot, but Mbappé is a great striker, very top, who scores many goals.”

On his joke about becoming Barcelona captain: “It was a joke, it was a joke! In the locker room we have a good captain with Busi and the other three. The most important thing is that there is a very good atmosphere and that is very good to win titles.”

On the press criticising him: “I don’t want to say much about whether it has been unfair or not, if I have been criticized too much. I’m focused on now, on performing well on the pitch. Criticism is life, you cannot satisfy or please everyone.”

On changes to his diet and training: “I’ve been working a lot with my physiotherapist and the club’s staff, who are very good. I learned that the key is to work outside of the pitch. Our diet is important. We have a nutritionist here at the club as well. If we don’t eat here we get fined, anyway.”

On his two-footed nature and favoured position: “I don’t know. I dribble with my left but shoot with my right foot. I can use both. I play on both wings, but I prefer to play on the right.”

On his love for the city of Barcelona: “I love Barcelona, the weather, playing paddle with my friends and everything. I love the city.”

On his aspirations with Barcelona: “We haven’t won the Champions League in a long time, and that’s what I came here for.”