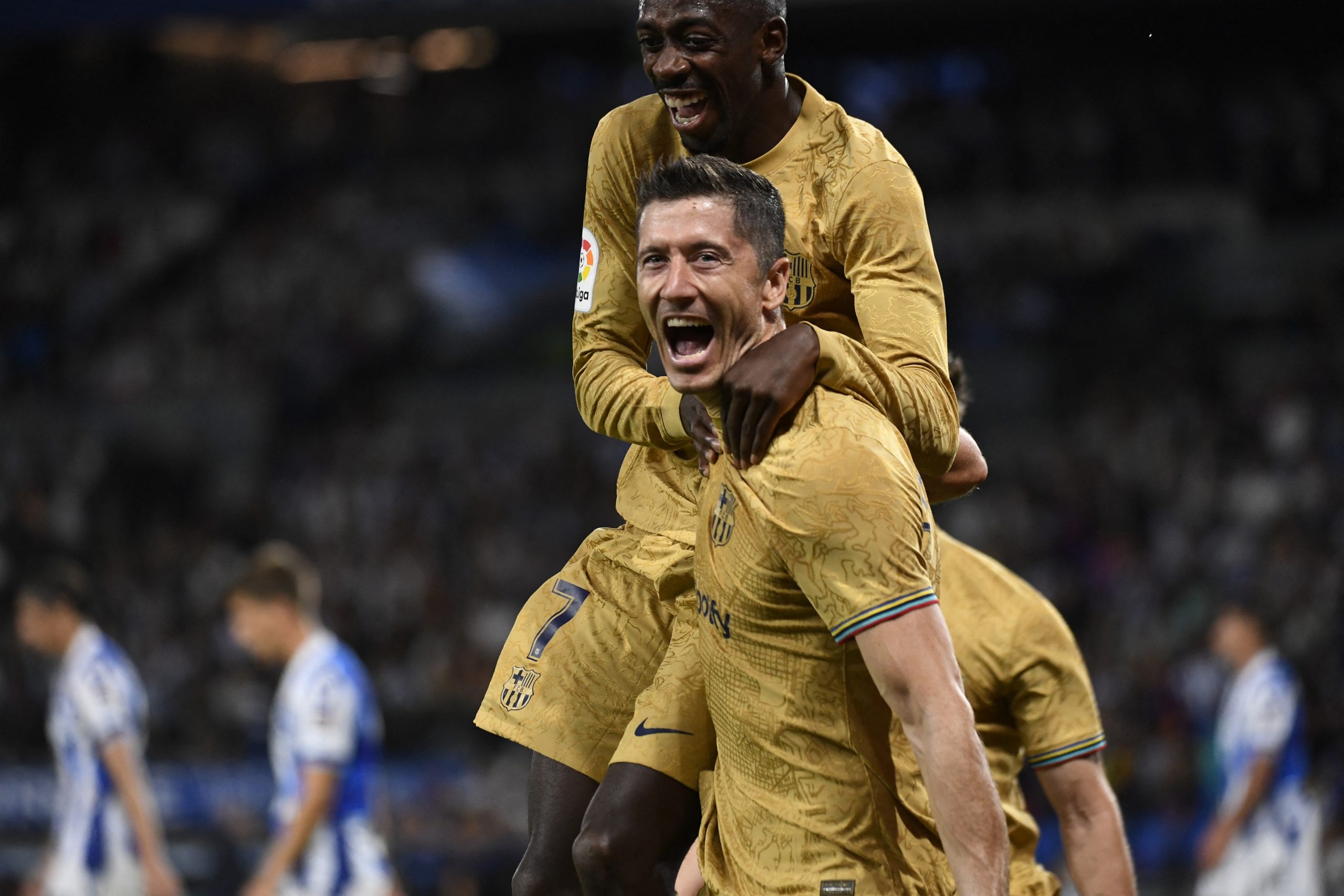 Barcelona registered their first victory of the new season when they hammered Real Sociedad 1-4 away from home at the Anoeta on Sunday night.

A Robert Lewandowski double and goals from Ousmane Dembele and Ansu Fati helped the Catalans pick up their first three points of the season, with Xavi & co. turning on the style after a dour display in the season opener against Rayo Vallecano.

It was a memorable occasion for Lewandowski, as he scored his first two goals for Barça on his 34th birthday, showing that he will add a lot to this team.

Talking about his performance on his birthday, the 34-year-old striker said: “I feel very good, and I’m very proud. In the second half, we moved forward, played faster, and created spaces.”

“I’m very proud with my goals. I dedicate them to my father,” Lewandowski added. “Sometimes it takes a few weeks for it to work. The season is very long, you have to stay calm and stay focused on work.”

Ousmane Dembele also spoke after the game and stressed the importance of the win, especially at a tricky ground like the Anoeta, saying: “We managed an important win in the difficult stadium that is Anoeta. It’s an important match for the confidence of the team.”

The Frenchman was full of praise for Ansu Fati and Lewandowski, as he said: “Ansu and Robert helped us a lot. When I played against Bayern, it was very difficult, it’s much better to have Robert with us now.”

Dembele also hailed the impact of all the new arrivals at Barcelona, stating: “Andreas, Robert, Raphinha… they are all very good. They work very hard in training too. The new signings fit the team really well. This victory gives us confidence.”

Pedri also insisted that the result was important after how the first match had gone, saying: “It was an important match for us after our last draw. We won because of our desire.”

“We had to win this game, it was a glorious victory. A win always gives us confidence. We have good feelings and we hope to continue like this,” he later added.

Talking about the shift in formation by Barcelona on the night, the young midfielder added: “The 3-4-3 formation helps us pressure the opponent more frequently. We applied what the coach said, and we had already used a similar system with Koeman.”

“We knew how to win this match. The coach told us to keep possession and apply high pressure. If Real Sociedad have the ball often, they can do a lot of damage.”

Hailing Lewandowski’s display on the night, Pedri said: “Lewandowski looks like he’s 20, not 34. It’s spectacular how he works and the goals he scores.”