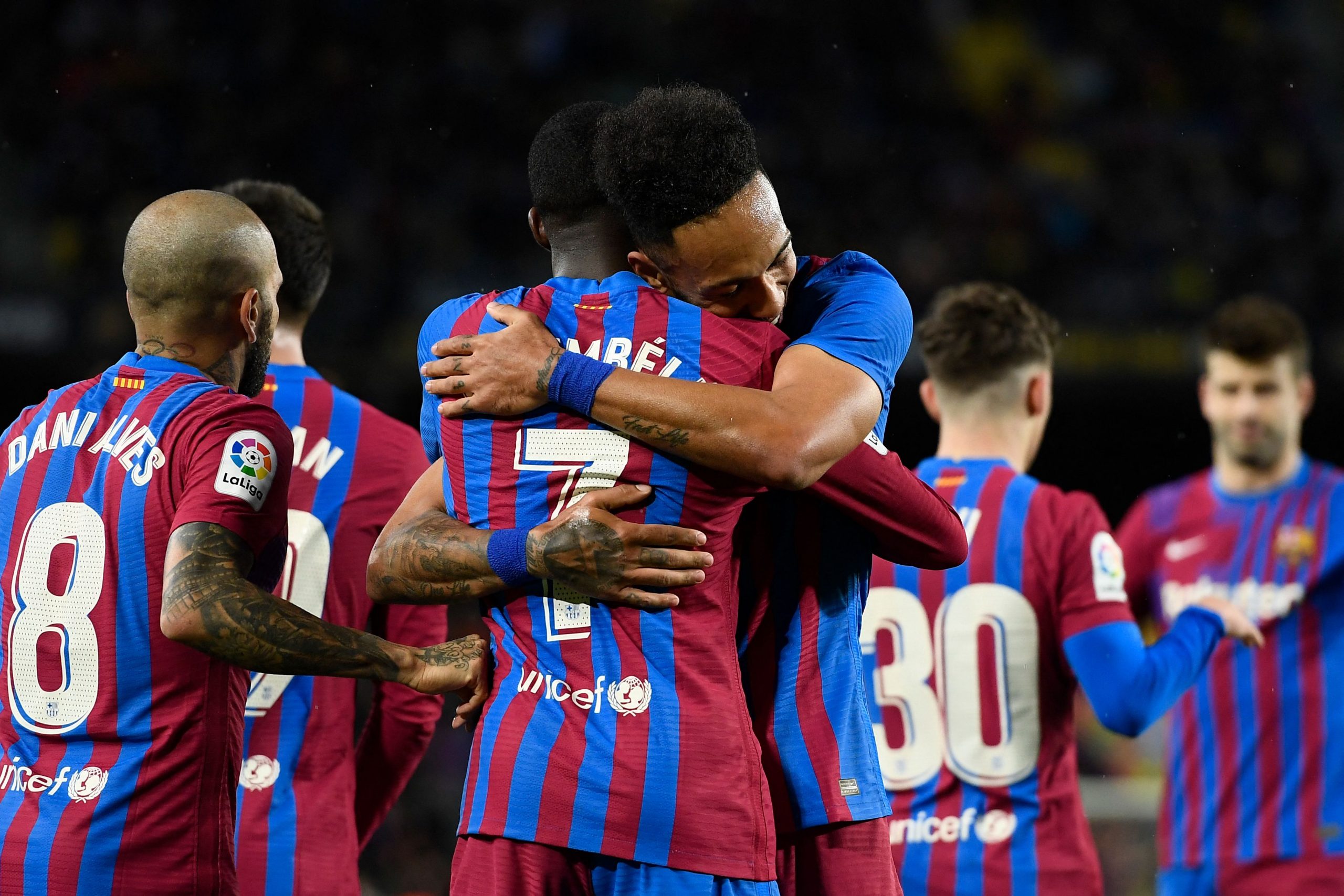 On a memorable night for FC Barcelona, their attacking trio of Ferran Torres, Pierre-Emerick Aubameyang, and Ousmane Dembele all turned up in style to dispatch Real Madrid 4-0 in El Clasico.

While Dembele did not get on the scoresheet, he was electrifying for the majority of the game and continued his fine assisting form with yet another terrific run and cross for Aubameyang to open the scoring.

The duo have excellent chemistry with one another, having spent time at Borussia Dortmund together as a free-scoring partnership for Die Schwarzgelben. This was on display once again as Dembele breezed past Nacho on the right flank before crossing the ball to Aubameyang, who nodded the ball past Thibaut Courtois.

Coincidentally, the goal bore a remarkable resemblance to one Aubameyang scored for Dortmund in 2017. That header was also assisted by Ousmane Dembele after a wonderful run down the right, leaving two defenders for dead.

That goal earned Dortmund a crucial 1-0 victory over RB Leipzig, their fellow Champions League hopefuls at the time.

Aubameyang and Dembele have always been close, and the former has had Dembele’s back since arriving at Barcelona as the Frenchman has found himself under scrutiny over difficult contract negotiations.

“I’m seeing Dembele very well. He trains very well, with great enthusiasm, and is playing very well. I had no doubts about him because I’ve known him for many years. The most important thing is that he’s happy,” said Aubameyang.

“I’ve talked a little bit with Dembele. The future is his decision. We’ll see what he does. I’d like him to stay, I’m very happy to play with him. Let’s see what happens,” he added.

Whether or not Dembele ends up staying, his synergy with Aubameyang will be a huge asset for Barcelona to try and finish the season strongly.