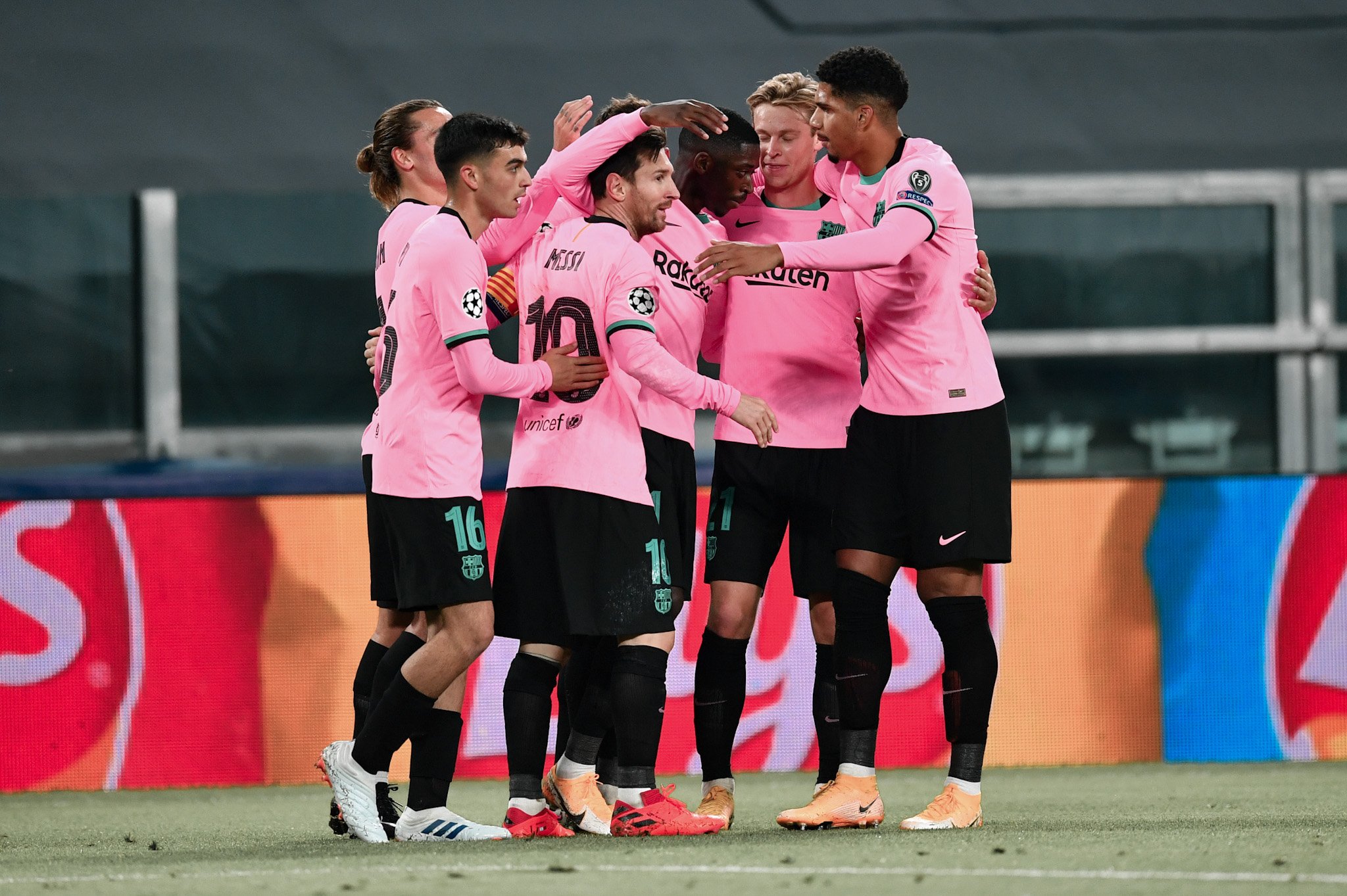 Ronald Koeman’s Barça, at its finest!

Loss against Getafe, defeat against Madrid, draw against Sevilla… Ronald Koeman’s Barça endured a few rough weeks where they couldn’t get their first scalp of the season. Against Juventus, however, everything changed.

Koeman’s Barcelona played at the peak of their ability in every aspect of the game bar finishing. From defence to attack, Barcelona dominated their opponent and overrun their midfield too. They had a thorough game, with their best player not being named Lionel Messi. Pedri, 17, was the Man of the Match and made Pirlo’s side dizzy with his dazzling dribbles and creative passes.

The attack, as a unit, was superb, but they lacked finishing. Alas, that’s what you get when you don’t have a designated striker on the pitch. The Catalans’ poor finishing was only a testament of their splendid chance creation. From Dembélé’s dribbles to Messi’s unpredictability, passing by Pedri’s liveliness and Griezmann’s intelligent runs. Everything was great. Also, at the back, it was a serene might. Even if Alvaro Morata found the net on three occasions, he was offside for the three attempts. He didn’t bother the Catalans’ defence and Ronald Araújo, then Frenkie de Jong, aligned with Clément Lenglet, seems like a perfect defence.

The craziest part of all this is that Ansu Fati, the man in form, wasn’t even on the pitch at the start. Culés kept wondering why but they got their answer when Dembélé and Pedri had two astonishing games on both wings. The luxurious problem now is to see how Pedri, Dembélé and Fati could feature in the next match, granted Coutinho doesn’t come back for it.

Surely Koeman’s best game as a Barça manager, he can be proud of his players and his tactics. He outclassed Pirlo massively. Now more than ever, Koeman has to confirm his side’s promising signs by winning in the Basque region. Visca Barça.

Pedri this, Messi that. The real winner of this game is Ousmane Dembélé. Koeman trusted the French winger for one of the most prominent fixtures of the campaign, and it paid dividends. More importantly, Koeman deployed Dembélé on the right, his preferred side. Against Danilo, Dembélé danced his way to the opposition area and could’ve (should’ve!) scored more.

His goal? Alright, it was a deflected effort. But it was sensational. He went in from his side, and his trademark fake shot worked. His attempt was on goal, so he gets credited with it.

Other than the bizarre goal, Dembélé was lively, causing all kinds of havoc in the opposition area and frustrating Danilo. A superb player on his day, this day came, and Dembélé might have cemented his place on the right, at least for the time being. If he confirms his recent good form on the weekend, the former Rennes winger might be Koeman’s beat option on the right.

It was a magical night in Turin. Coming off a Clasico defeat, one expected a mentally weak Barcelona to show up against Juventus. However, it was a completely different side that showed up on the night. They came like a storm and swept the Italians away with no respite. It was a display that had the word ‘dominance’ written all over it. Unlike the Barcelona we have come to know recently, it was not an individual performance that saw them get across the line. Every one of the eleven players that stepped on the pitch had a commendable contribution worth mentioning. They came, they saw and they conquered.

A 17-year-old who starts against a side is Juventus is the last person expected to have a crucial impact on the game. Pedri is a talent that Barcelona must preserve and polish to the best of their abilities. He is truly something very special.

From the first whistle, he was a storm on the left-wing. For all his antics, Cuadrado was left with no answers against the youngster. He often dropped deep to facilitate in the buildup when Juventus pressed high. Yet, he was seldom on the losing end of a duel. His strong presence and maturity at such a young age is truly a rare asset. The ball was glued to his feet, and his pinpoint close-control made his a joy to watch. 5 million you say? Yes sir, Bargain of the decade!