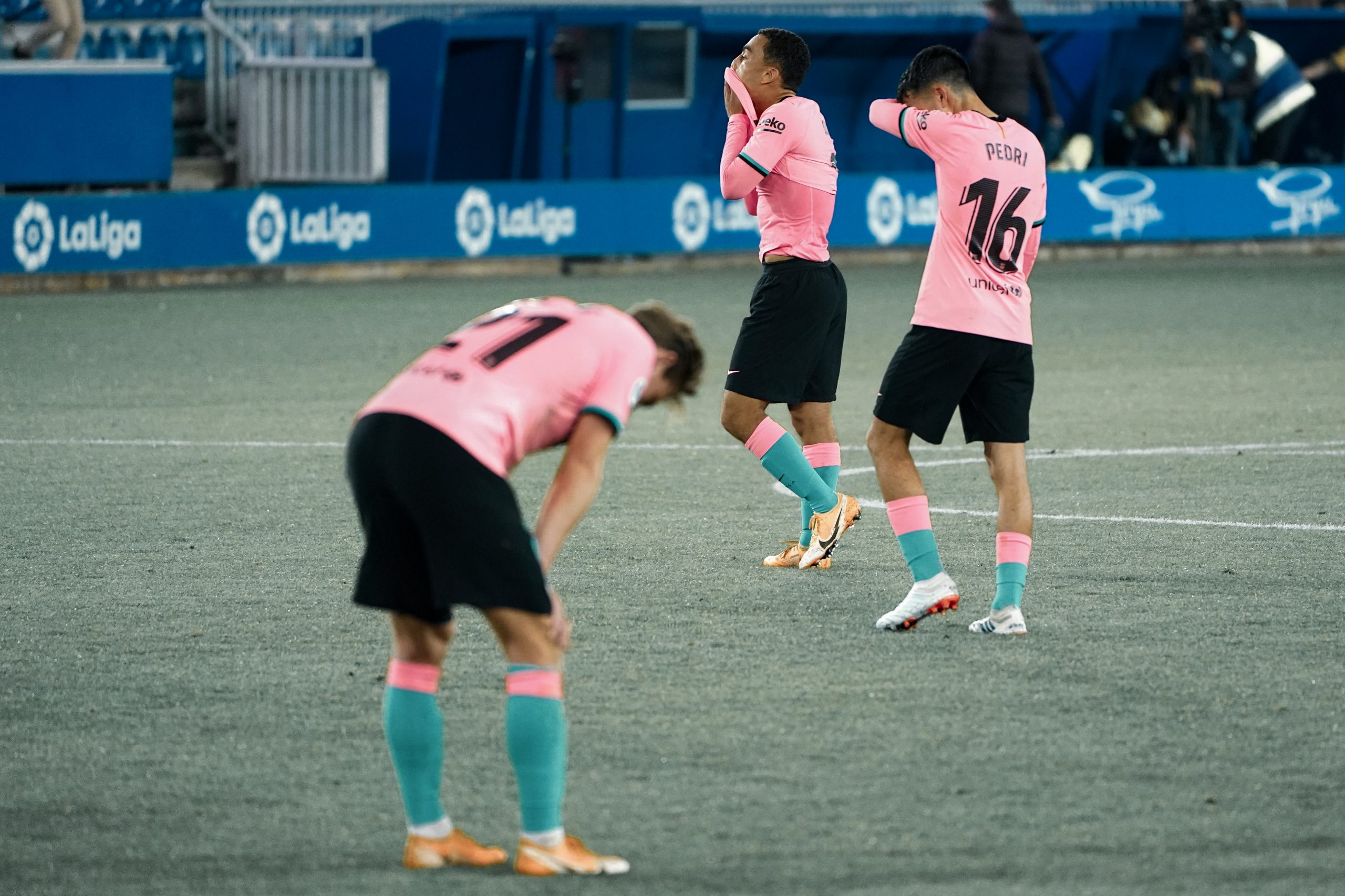 45 minutes is not enough!

Ronald Koeman’s Barcelona went to the Mendizorroza after a euphoric win in Turin. The Catalan players were on top of Europe for a few days before crashing back down in a disappointing fashion. Koeman’s side deserved much better in theory, but they did not take their chances.

However, the Culés noticed that the team played with their foot off the gas pedal in the first half. They tried sometimes. Shots from Ansu Fati, Antoine Griezmann and Lionel Messi all went wide or got parried. Dribbles from Ousmane Dembélé, Lionel Messi and the other attacking outlets often worked, but no one was there to follow up.

Alavés’ press was also unbearable. The Basque team had a goal of suffocating Barça in the first half, and it worked wonders. It was so crucial for them that their press led to the first goal. For Neto, who was on a good run of form, this mistake is his, and he cost his side the game. Barcelona didn’t have many problems at the back.

The saddest part of the game was seeing Leo Messi fail so much. He could’ve had an early goal, had Alavés not put their whole team on the line to defend that free-kick. Messi’s lacklustre start to the season continued. Three days after having his best game of the term, he had his worst one yesterday.

Tough day for the captain. (Photo by Cesar Manso / AFP)

However, the second half was way better. Barcelona steamrolled their opponent. The Catalan giants finished the game with 80% of possession and created 20 goalscoring opportunities. The problem? The mediocre finishing. The Catalans were horrid in front of goal.

The best takeaway from the game was Antoine Griezmann’s goal. Hopefully, that gets the Frenchman’s spirits up. Against Dynamo Moscow on Tuesday, Barcelona have to win and switch on from the first minute onwards. They can’t let this happen again. More importantly, they have to win in La Liga. Four games without a win in the league is very low, but it could still go well for the Catalans.

Deportivo Alavés knew what they wanted from the game: a draw at best. If they could get a win, somehow, they would be more than felicitous. What made it easier for them was Neto’s gift. The Brazilian single-handedly gifted Alavés what they wanted.

After the goal, Alavés sat back, waiting for Barça to create. They had ten men behind the ball, but even when they went to nine behind it, they were superb in defence. The Basque side can be happy with their defensive display.

Fernando Pacheco, although outstanding, can thank his defenders. Interventions like Fabien Lejeune’s on Messi’s free-kick or the ones near the end, where Barça put the pressure on, make you win games. On this occasion, Alavés couldn’t keep their lead because of another mistake. On any other, Barcelona would’ve won 5-1, but the Basque defence was too much.

Inefficiency and Lack of Cohesion

Against Alavés, it was supposed to be a comfortable, not easy, but a suitable matchup. The problem was with creating chances for Barcelona. In terms of talent, the clearly superior team. Though there were many reasons for the draw, there were two main problems.

First, the lack of attacking midfielders who could create chances (like Puig, who was omitted due to “technical reasons”). Secondly, the lack of a cohesive attack. Asking for anything like the MSN connection is, of course, irrational, but having attackers who combine well is something which we haven’t yet seen consistently.

The draw was thanks to the second half. Tactically well-defined setups later went on to be improvised and eventually, drastically changed from Alaves’ side towards the end of the 90. Pjanic, Griezmann and Sergi Roberto player well for Barcelona whereas Pacheco was the standout performer for Alaves. At the end of the day, Barcelona have a lot to figure out.

For Barcelona, Pjanic and Griezmann were especially impressive. However, the overall standout performer would have to be the man who took two points away from Barcelona — Fernando Pacheco.

Alavés’ goalkeeper was an absolute wall. He made 7 saves out of which 6 were from inside the box. The fact that he saved some absolutely spot-on shots from players such as Griezmann and Messi might even have very likely played a part in improving his team’s morale and keeping them going till the end.

Pacheco was brilliant and that’s summed up by the fact that Barcelona had an xG of 2.08. Whether Barcelona deserved a victory or not, we can be sure that the ex-Real Madrid goalkeeper deserved much more than a draw.