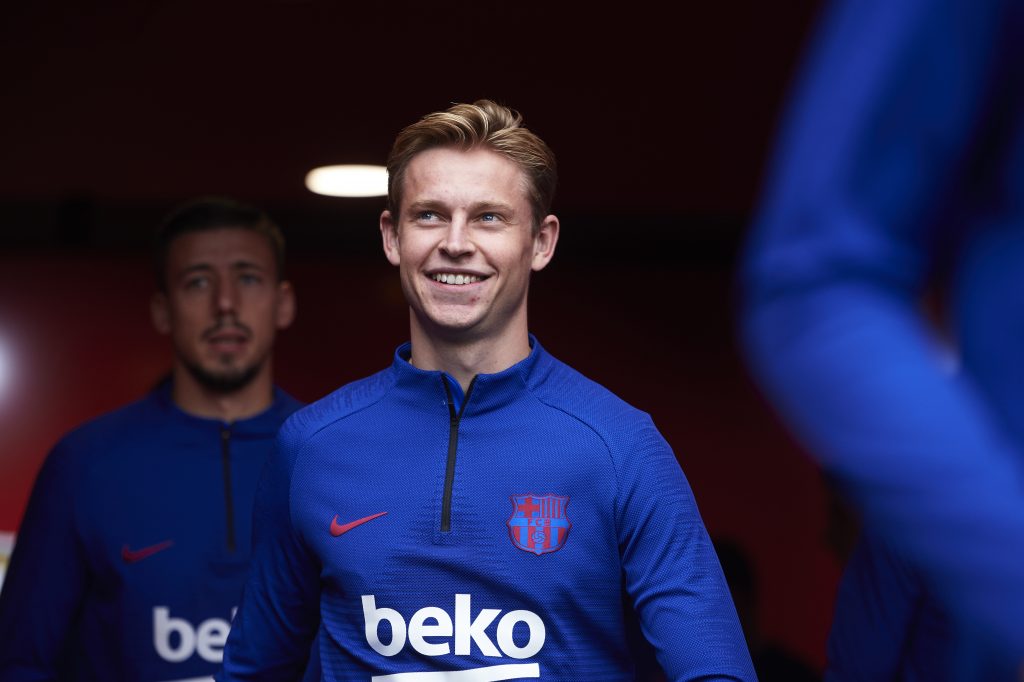 Frenkie De Jong has spoken in an interview with Sport. The Barcelona midfielder explained that he could have done better this season overall. De Jong added that his feeling about the Champions League is positive, and talked about the team’s current situation.

On his first season at Barcelona and performances:

“I am really happy to have fulfilled my dream (of playing for Barça), it was always my dream. I am happy with my life here, with the staff… I am really enjoying it. If I speak about my performances, I could have done much better this year. I don’t think I’ve played many bad games, but I haven’t been able to have a run of really good games, either. I think I’ve been OK, but not good enough.”

How is the team on a mental and emotional level?

“We are doing well, there is positive energy in the team and we are looking forward to the match against Napoli. The feelings are really good. We always play a game with the intention of winning it, no matter the result. You are Barça and you play at home, so you have to go to win yes or yes.”

What can we expect from Napoli?

Do you think the fans can dream of you lifting the trophy on August 23 in Lisbon?

“I think that if we are at the top we are one of the best teams in the world; in the end we are four victories away from proclaiming ourselves champions and if we show our best version we can win it. Of course, we can dream of winning the Champions League.”

How did you experience La Liga? You were out with injury for a good part.

“Like everyone else, I think it is very difficult to win a league when you miss so many points. Of course we all end up very disappointed by that. We know that we have to improve a lot and all these weeks we have worked for it and to face the duel against Naples in the best way. The feelings within the team are now positive.”

Messi, your captain, raised his voice. He told that playing the way you did, it is impossible to win anything. Did you agree with his statements?

“He was right, we had lost against Osasuna at home. With all my respect towards them, the normal thing if you are Barça is to win a team like that at home. I think it was normal for him to make those statements because we had just played some bad games.”

What has been Setien’s message to motivate the team in the recent weeks?

“We have left behind the League. We lost it, obviously, but having those negative thoughts is no use anymore. Now we are already looking forward to the Champions League and we are 100% focused on winning against Napoli.”

Which teams do you see as Champions League favourites? Is there anyone you fear?

“We are not afraid of anyone. Obviously there are very strong teams in the running, it is difficult for me to bet on one or to tell you Bayern, Madrid, etc. I think that first, you have to respect Napoli. It would be a lack of sensitivity to say that one or the other is more favorable. Afterward, we will set our objectives little by little.”

What is the message of the dressing room for the fans in this very complicated and atypical situation?

“Of course, it is a shame not to have our fans because they always help us a lot. For the rival, it is a tremendous difficulty when they come to the Camp Nou and play against 100,000 people. I know it is difficult for them not to be able to cheer us on from the stadium, but I would only tell them to be positive, to believe in the team.”