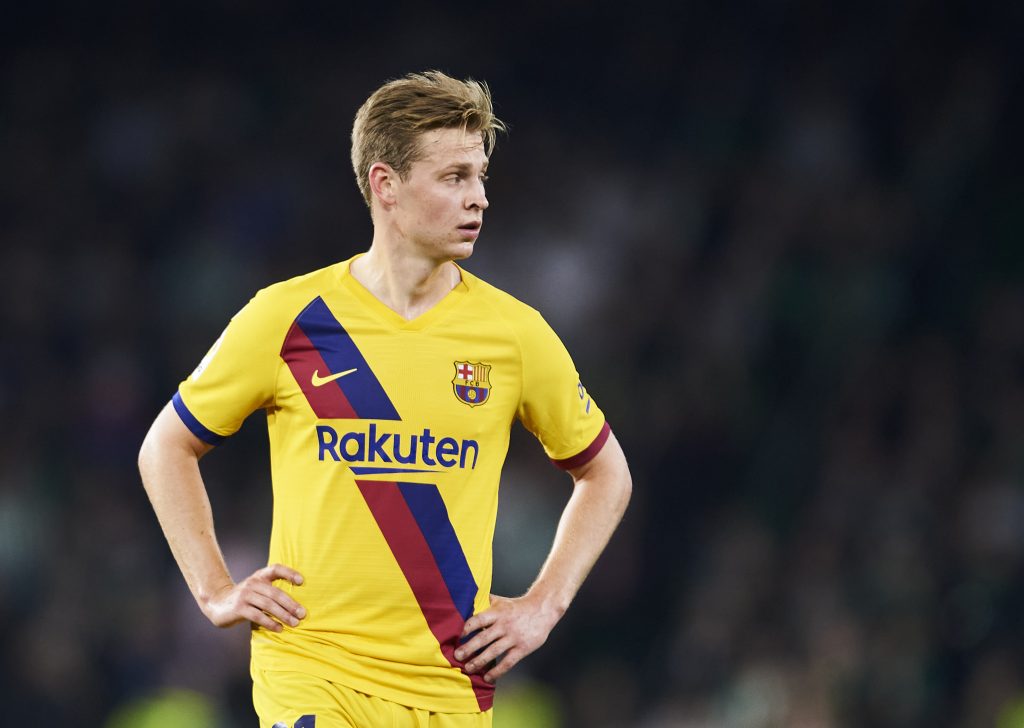 Frenkie De Jong has spoken in a club interview with BarçaTV+. The Dutch midfielder talked about Barcelona’s remaining Champions League campaign ahead of the Napoli game, and told that ‘it will not be easy’. He added that he always has the motivation to step up.

“All the remaining teams in the Champions League are big and tough. You are just 4 wins away from the trophy. You can look at it that way, but this format also accommodates more upsets from underdogs.”, told Frenkie.

Arturo Vidal and Sergio Busquets will not be available in the upcoming game against Napoli, thus De Jong has to step up in the midfield.

“We will miss Vidal and Busquets. They are important players for the team.”

On whether he feels pressure, De Jong added: “No. Well, of course, there is some level of pressure when you play for Barcelona, but I don’t feel nervous during games.”

Returning to the latest Champions League game against Napoli: “The first leg was a difficult match. They were defending well. The 1-1 result is not good enough, and we will have to work hard to go past them. It will be a tough game – all Champions League games are.”, said the 23-year-old.

Barça midfielders Philippe Coutinho and new signing Miralem Pjanic spoke to the media after Barça’s narrow 1-0 triumph over Elche at the Camp Nou.

“Being back here feels great. I missed playing here, and I’m very excited to continue.” Coutinho told the media. “We’re trying our best to adapt to the coach’s new system. The level of the team is increasing; I hope things go well.”

After having featured in all three pre-season games for Barça, Coutinho is looking forward to the upcoming La Liga season. “I am eager to help the team win. There is one week left till La Liga starts and we are all focused and excited to begin.”

“I feel very happy that I made my debut. It was great.” Pjanic said after the game. “The team are working hard to prepare for the upcoming matches.”

Miralem Pjanic and Philippe Coutinho are both essentially new additions to the Barça squad since Pjanic just joined from Juventus and Coutinho returned back from his loan spell at Bayern – where he won the treble in a remarkable fashion. Things are looking bright for Coutinho, who has featured in all of Barça’s three pre-season games. Culés around the world are expecting big things from the two after having lost Brazilian youngster Arthur to Juventus this summer.