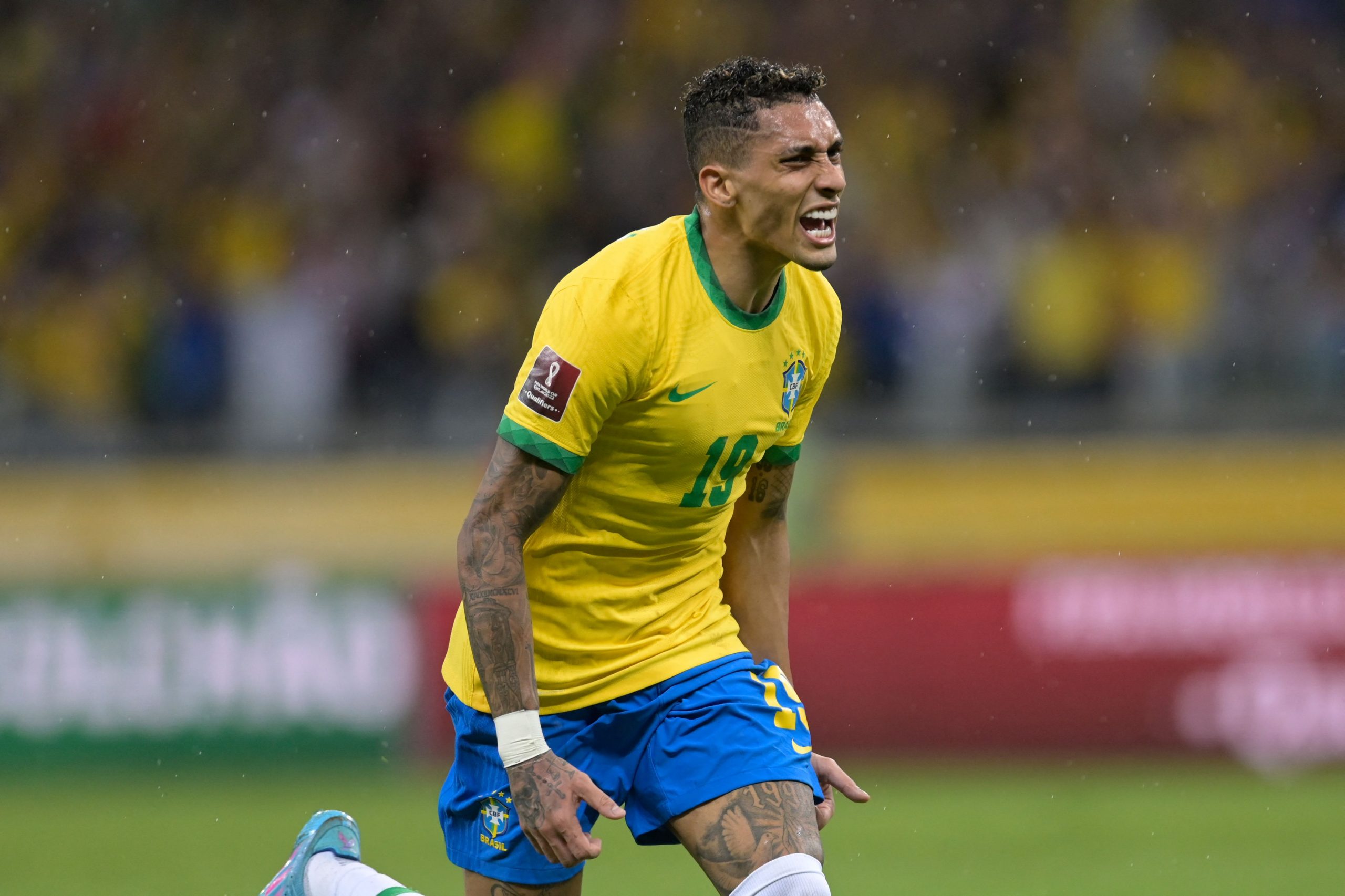 After a positive start to the year, Barcelona will be granted a weeklong rest as we gear up for the first international break of 2022.

Many Barcelona players are set to join their national teams, including none other than Dani Alves. The veteran defender has been selected for the Brazil team by Tite, for the upcoming World Cup qualifiers against Chile and Bolivia.

According to Diario Sport, Alves is hoping to use this opportunity to talk to some of the Brazilian players, who are potential targets for FC Barcelona next season.

One of them is Raphinha, with Alves expected to hold talks with the Leeds United forward. He will attempt to convince him to join Barça next season by detailing the benefits of living in Barcelona.

Raphinha is regarded as one of the top attacking talents in the Premier League. However, his spell at Elland Road could soon come to an end, especially if Leeds fail to retain their top-flight status next season.

The report notes that Alves won’t be able to discuss a potential move to Barcelona during this international break as Raphinha had pulled out of duty due to COVID.

Fortunately for Barcelona, the 25-year-old is not the only target for the club, who have been keeping tabs on Antony as well. Alves, who was an ex-teammate of the Ajax sensation during their time together at Sao Paulo, will hope to convince the youngster of a move to Catalonia.

It appears both Antony and Raphinha are being identified as a potential replacement for Ousmane Dembele next season. The Frenchman is expected to move on in the summer, as the Catalans cannot meet his €20 million salary requirements.

Meanwhile, it will be equally interesting to see if Dani Alves himself remains at Camp Nou beyond the summer. Xavi has made no secret of his desire to extend his contract, but the veteran appears to be in two minds about signing an extension.