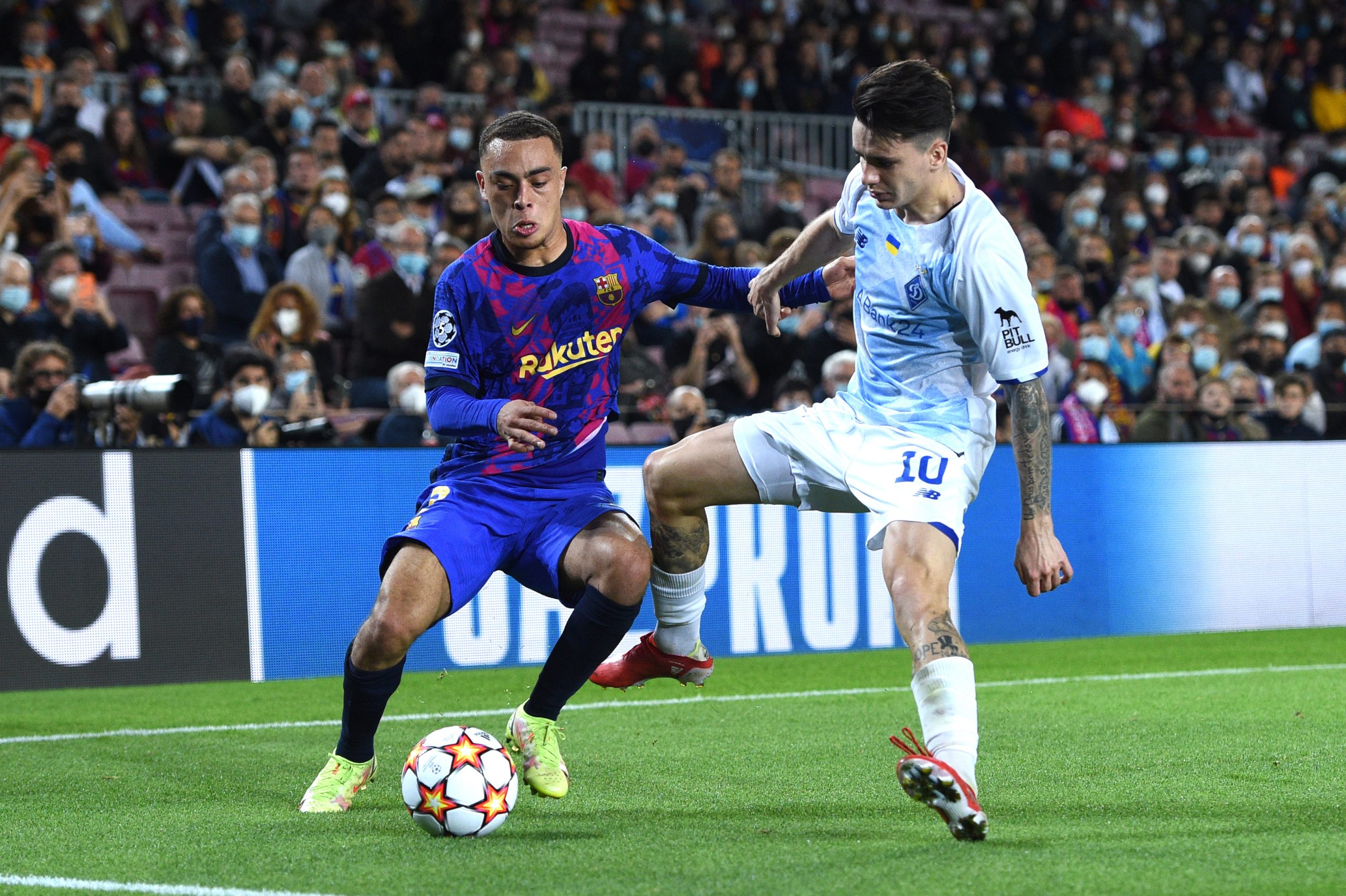 Sergino Dest has not always had it easy during his time at Barcelona. Arriving at the club in the summer last year from AFC Ajax, the right-back showed glimpses of his potential every now and then, but such moments would not come consistently enough.

The 20-year-old continued to enjoy the backing of manager Ronald Koeman, though. And now, he has been repaying the faith shown by the Dutchman with some impressive performances.

To date, Dest has made 51 appearances for Barcelona, scoring and assisting three goals apiece. Primarily a right-back, the USMNT international has been asked to fill in at left-back this term, during the injury-enforced absence of Jordi Alba, which he did best to his capabilities.

In recent games, the former Ajax starlet has also been utilised as a winger on the right flank, which seems to be working quite well, given his natural attacking instincts. In short, his versatile nature, pace and energy have made him a regular starter under Koeman.

Now, Dani Alves, who held the right-back slot at Barcelona for years and went on to win numerous trophies with the club, has hailed the youngster, calling him a great full-back. As quoted by AS, the Brazilian legend said: “Sergiño Dest has everything a full-back needs. He’s a great player, and great players are always welcome at Barça.”

After an encouraging display against Valencia last weekend, Dest failed to match that level against Dynamo Kyiv on Wednesday. But, irrespective of that, he is pretty much nailed on to start when Barca lock horns with arch-rivals Real Madrid in the El Clasico this coming Sunday.

Alves, who has been part of several memorable El Clasico clashes in the past, opened up on his experience of facing Real Madrid. Speaking to MARCA, he said: “The 5-0 and 6-2 were historic results in El Clasico. We haven’t seen anything like this in a long time. We made the hardest things look easy.”

“Expectations are always high for El Clasico. The sensations are great, and I hope they remain so. Barca will always be Barca,” the veteran Brazilian added.