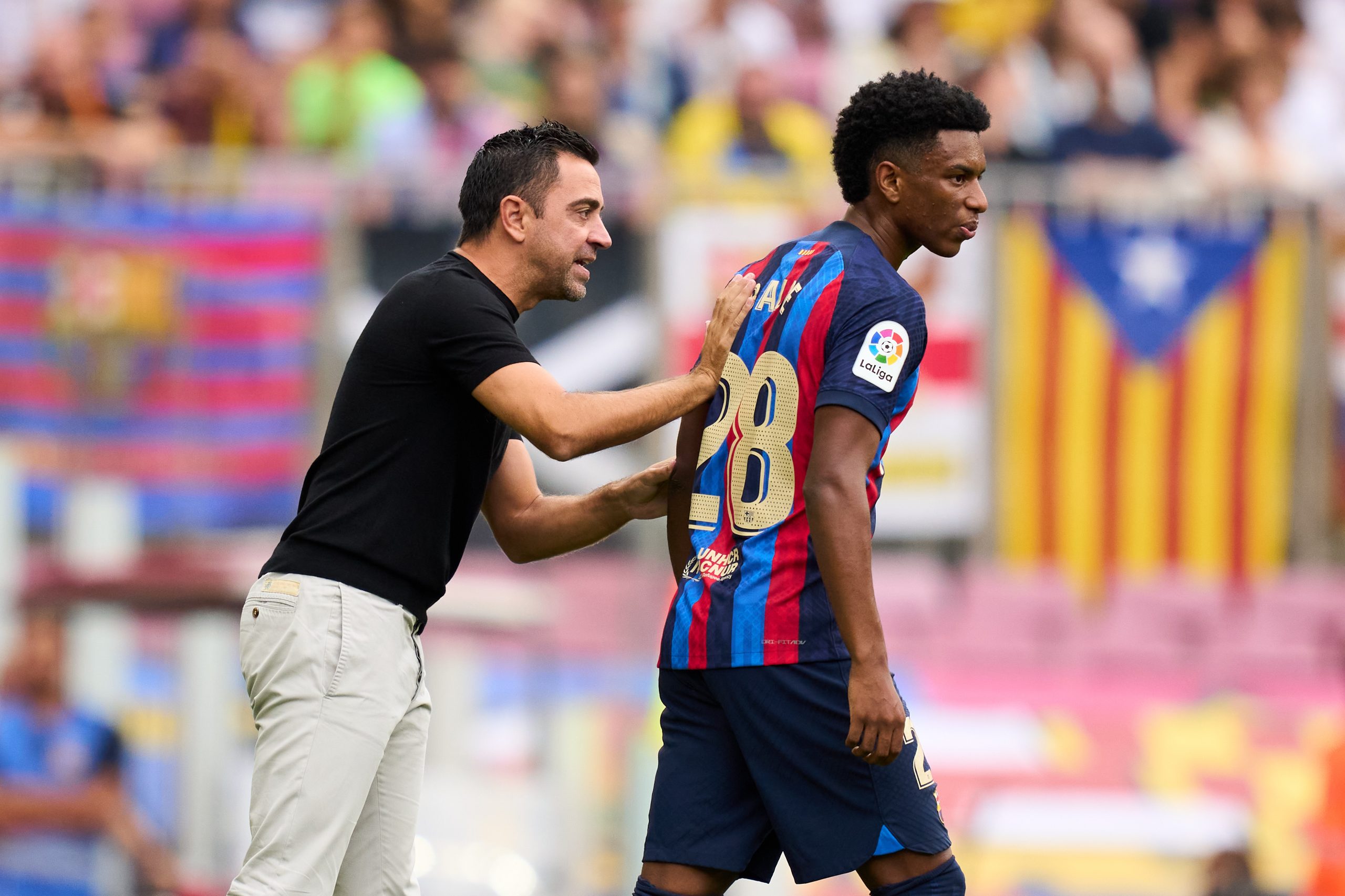 Alejandro Balde had always been regarded as one of the crown jewels of the Barcelona academy over the past few years. And this season, the youngster is slowly starting to reveal his true potential, having become a key component in Xavi’s setup so far this campaign.

Indeed, the left-back has racked up over 300 minutes of league football, displacing Jordi Alba and Marcos Alonso as Barcelona’s number one in the position.

Balde’s exceptional performances have not gone unnoticed, though, with the defender recently becoming a target for Chelsea, as per Fichajes.

The report suggests the Premier League giants are scouring the market for a new left-back, following Alonso’s deadline day move to Barcelona. The Blues had roped in Marc Cucurella earlier in the summer. But they lack confidence in their other option in Ben Chilwell, which has prompted the club to find an alternative.

Balde has emerged as a viable option for Chelsea. The Barcelona youngster has shown immense potential this season, especially with his ability to offer pace and dynamism out wide. It is coupled with his athleticism and technical prowess, making him a perfect fit for Chelsea’s style of play.

According to Fichajes, the Premier League giants have identified Balde as one of their primary targets at the end of the season. They are even prepared to offer €15 million on the table for the youngster, although that is unlikely to faze Barça.

The Catalans, after all, have finally found an able replacement for Alba and are unlikely to even entertain the idea of offloading him. Instead, Barça are already chalking up plans to tie Balde down to a new long-term contract with the club.