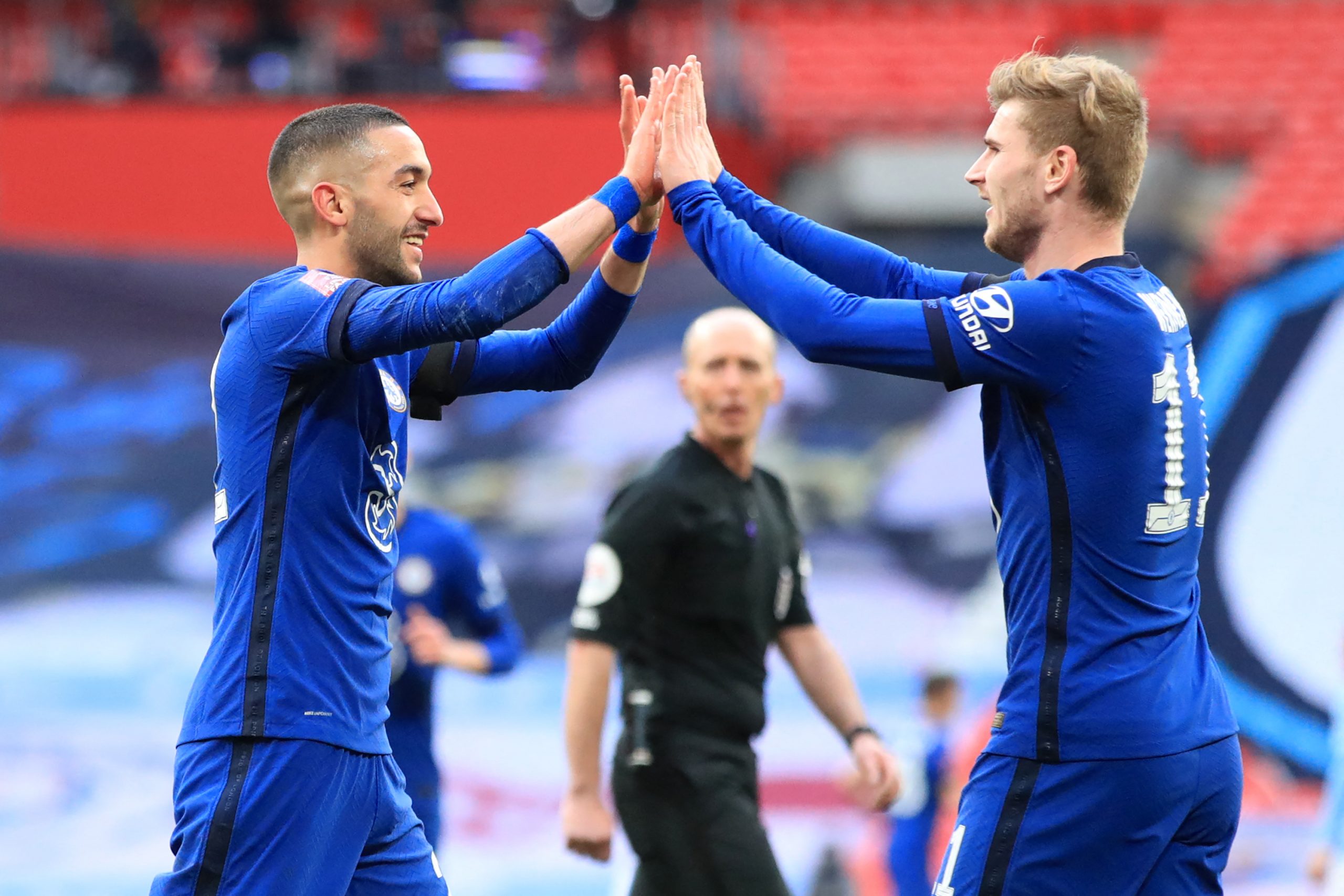 With the January transfer window entering its final week, Barcelona continue to scour the market for attacking reinforcements.

And Mundo Deportivo is claiming that Chelsea duo Timo Werner and Hakim Ziyech are on the radars of the Catalan giants.

Werner has struggled for regular game-time at Stamford Bridge this season, having had to share his minutes with the likes of Romelu Lukaku, Callum Hudson-Odoi and Kai Havertz. The German international has not exactly made the best use of the chances that have come his way either, having scored just once in 11 league games.

The 25-year-old had previously been offered to Barça according to the report and the club might consider looking at him as a serious option in the coming days, as a move for Xavi’s preferred target, Alvaro Morata, is not progressing.

Apart from Werner, his Chelsea teammate, Hakim Ziyech, is also on the agenda for the Blaugrana. The Moroccan has also not been a regular fixture in the lineup under Thomas Tuchel, starting just eight Premier League games. He has scored five goals and set up four more in 23 matches in all competitions this term.

The former Ajax star has struggled to make his presence felt at Stamford Bridge since arriving eighteen months ago. But, he is a quality operator known for his playmaking ability and can add a lot of value to this Barcelona outfit from the right-wing.

However, considering that Chelsea are alive in four competitions and the recent Covid issues that the Blues have had to deal with, Tuchel would be reluctant to lose any of his players midway through the campaign.