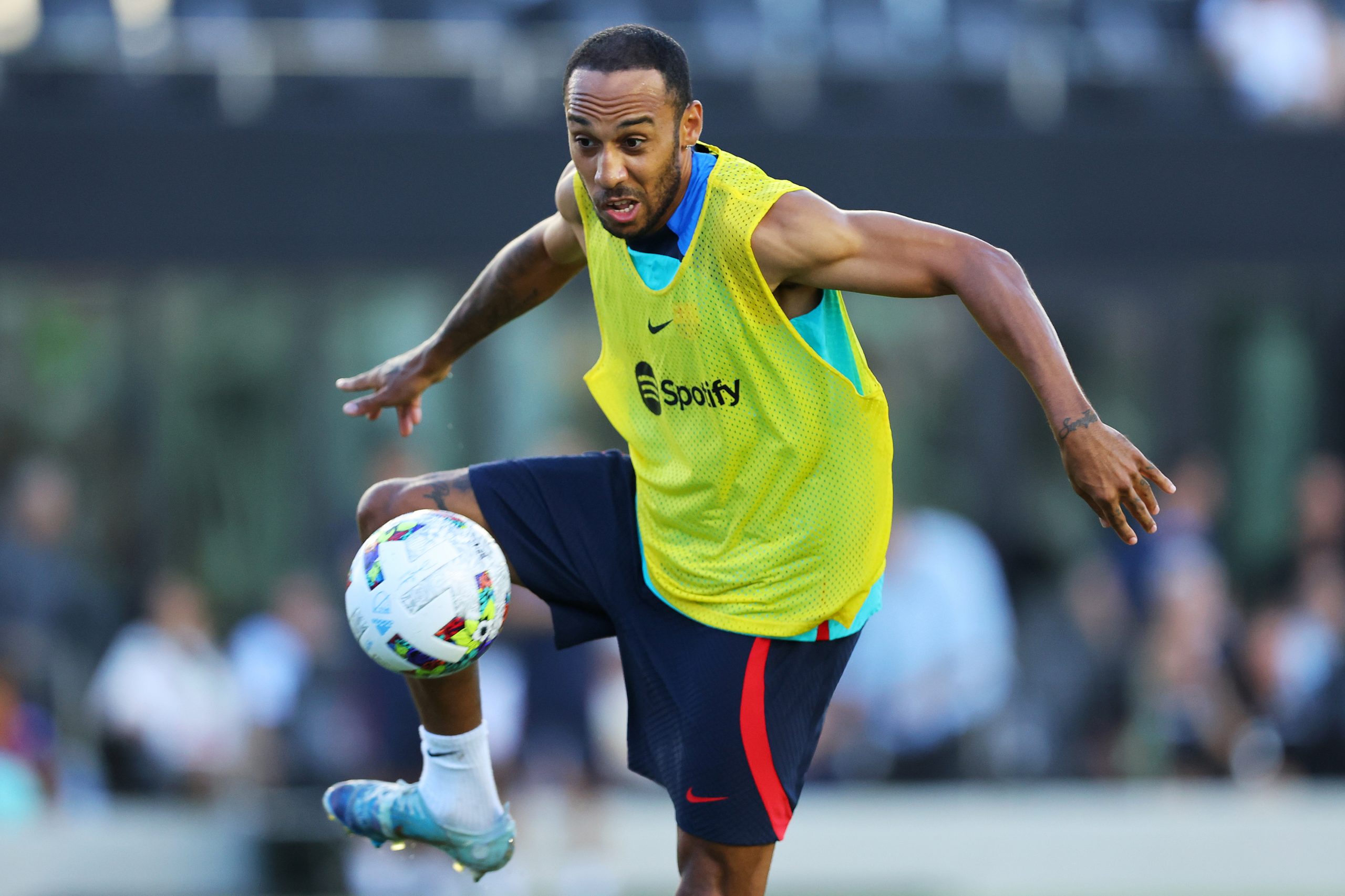 Joan Laporta had made sure that Barcelona’s financial situation does not hold Xavi and the team back any more than it is already. The administration is ready, and has already, splashed some cash on important players.

In the winter of this year, the club pursued Ferran Torres from Manchester City, and then doubled down by signing Pierre-Emerick Aubameyang on a free transfer. These two signings helped the club eventually finish second in the table.

Auba, especially adapted quickly, scoring 11 goals in 17 appearances in the league. This included a man-of-the-match display at the Santiago Bernabeu against Real Madrid, where he registered a brace and an assist.

However, it seems his future at the Camp Nou is not as secure as one might have thought. Chelsea are pushing to sign, as per a report by Gerard Romero.

Eugenio Botas, an intermediary who was the catalyst in Aubameyang’s move from Arsenal to Barcelona in January, was in Mateu Alemany’s office today.

This is especially concerning for Barcelona as Memphis Depay is linked with an exit as well. If both Aubameyang and Memphis leave, Robert Lewandowski will be left without a proper backup in the team.

Further, it also goes against Xavi’s demands of having two starter-quality players competing for one position in the team.

The Blues have already paid a ton of money to Napoli, Manchester City, and Brighton & Hove Albion so far, but there are still gaping holes in the team. With the Premier League already up and running, it will be interesting to see how Todd Boehly approaches this deal.