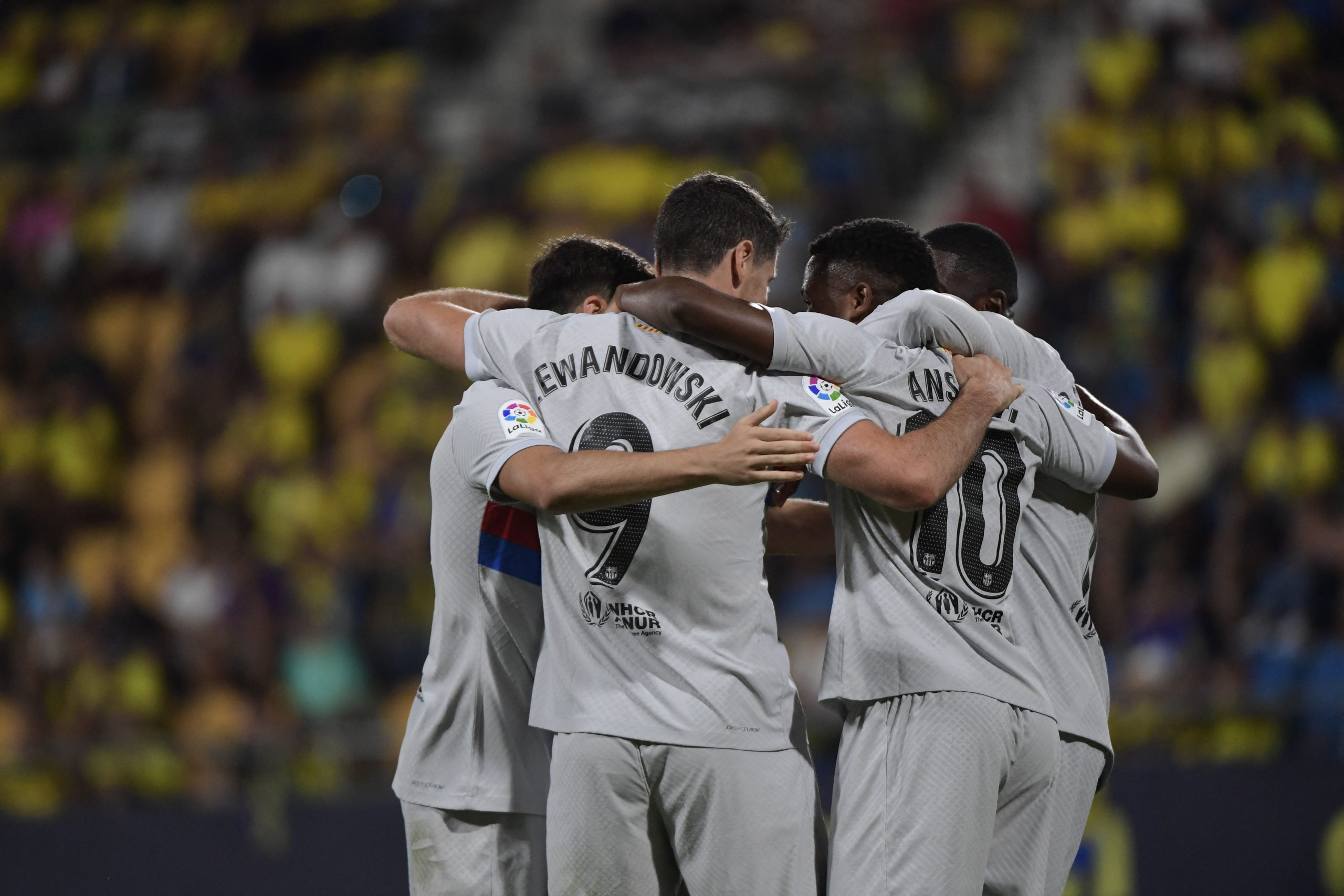 Barcelona’s fifth La Liga game of the season saw them take on the last-placed team in the league Cadiz. The Catalans were overwhelming favourites on the night, but the game showed otherwise.

On the night, Xavi opted to make heavy changes in his starting lineup given the upcoming clash against Bayern Munich. The changes began in defence with Gerard Pique getting his first start of the season alongside Ronald Araujo. Hector Bellerin made his debut at right-back while Balde played at left-back.

In midfield, Pedri was rested for Frenkie de Jong, with Gavi and Busquets rounding off the department. Memphis Depay started as the centre-forward, flanked by Raphinha and Ferran Torres to his right and left, respectively.

The hosts got off to a strong start and dominated the opening minutes with their high press and quick exchanges. They had a chance as early as the second minute when Sobrino’s shot was blocked by Araujo.

Barcelona regained control of the game by the seventh minute and thus began creating chances of their own. The biggest chance of the first half came in the 10th minute when Gavi did well to find Raphinha in space. The Brazilian took a shot at the near post but hit the woodwork before Ferran’s effort on the rebound went wide.

The next half-hour saw both teams tussle for the ball and create minor chances. It was Xavi’s side that dominated possession but did not have much end product to show.

A flurry of chances came Barcelona’s way in the closing minutes of the half. Depay’s cross in the 46th minute was well saved by Ledesma, and just a minute later, Torres’ effort went a whisker above the crossbar.

Heading into half-time, both teams had failed to score. However, Xavi was clearly the more unhappy of the two managers.

Eventually, the goal for Barcelona came in the 54th minute. Raphinha’s pass to Gavi set the young midfielder free in the Cadiz box. The teenager found Frenkie de Jong with a cut-back, and the Dutchman made no mistake in burying the chance.

Xavi brought on Dembele, Lewandowski and Pedri for the final 30 minutes. Almost immediately, the intensity in the Blaugrana play saw a significant boost.

Just seven minutes after coming on, Lewandowski doubled Barcelona’s lead. Raphinha’s initial shot was spilt by Ledesma, giving the Pole a fraction of a second to dive goalward and scramble the ball over the line.

Ansu Fati came on for Raphinha in the 71st minute as Xavi continued his regular rotations ahead of the midweek clash. Six minutes later, Marcos Alonso was handed his debut for Barcelona as he replaced Balde.

The game was suspended in the 80th minute because of a medical emergency in the stands as a fan presumably collapsed during the game. Medical teams rushed to the site to revive and stabilise the supporter, and the players were asked to return to the dressing room.

Less than two minutes after the restart, all three forwards combined to provide Barcelona’s third goal of the night.

Ousmane Dembele set Lewandowski free into space with an incisive pass to begin the move. The Pole sprinted into the Cadiz box before setting up Ansu Fati for a simple tap-in by passing it across the face of the goal.

The lead went up to four with Ousmane Dembele’s strike in the final minute. After a perfect solo run, the Frenchman took a sharp cut at the edge of the area to shake off defenders before hammering the ball past Ledesma.

With this win, Barcelona provisionally moves to the top of La Liga’s standings. They now face the daunting challenge of Bayern Munich midweek.