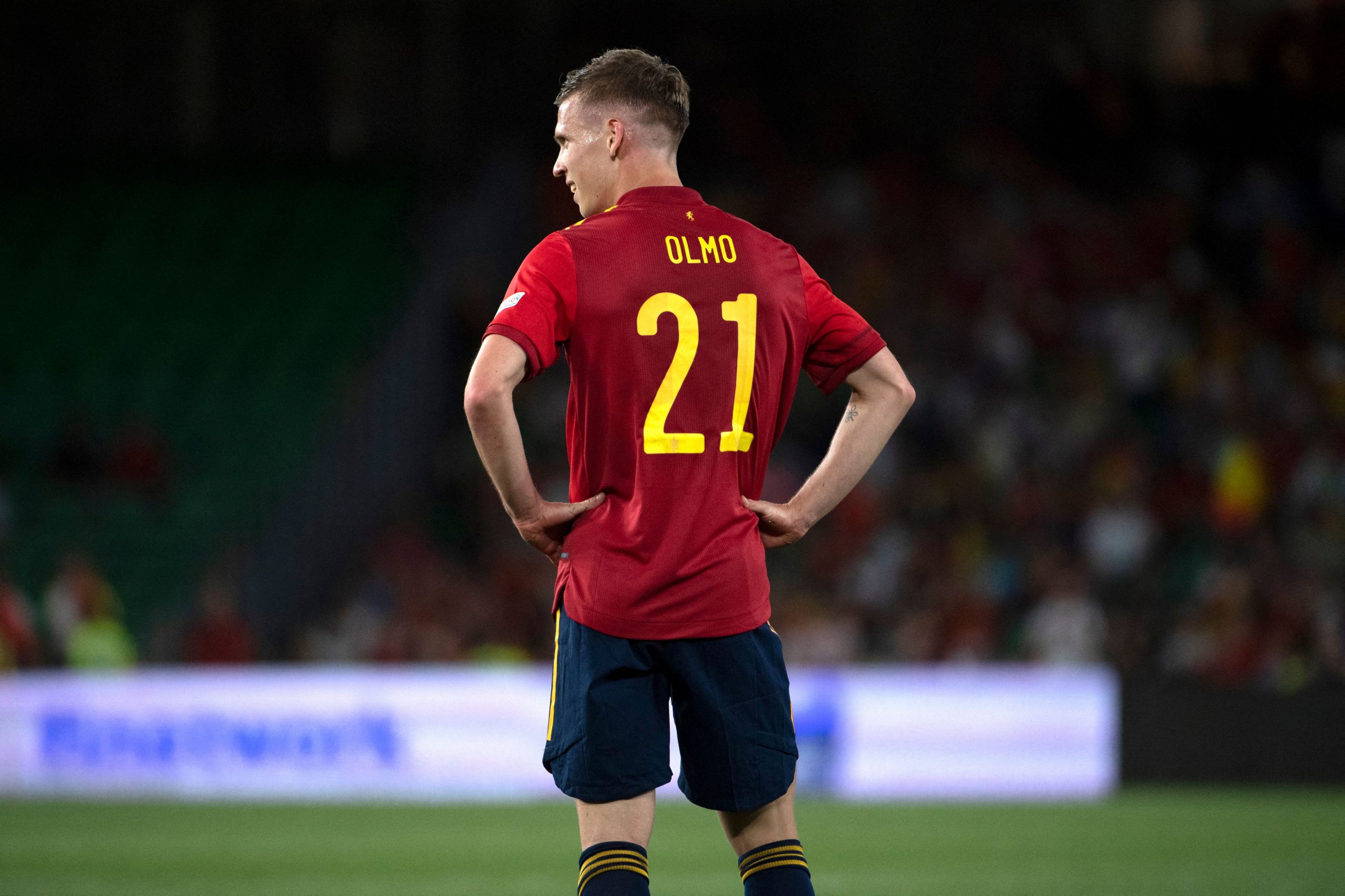 A recent report from Fichajes has offered an update on the future of Dani Olmo. The charismatic playmaker currently plies his trade for RB Leipzig, most recently helping them win the DFB Pokal.

However, Olmo’s chapter at Leipzig could soon come to an end, as the Spaniard is considering an exit this summer, in light of his waning prominence in the Leipzig setup.

Barcelona have been one of Olmo’s greatest admirers ever since his breakthrough at Dinamo Zagreb. The club were linked with a move for the youngster a few years ago, but he opted to join RB Leipzig in order to continue his progression.

During his time in the Bundesliga, Olmo has matured well. He has established himself as a versatile playmaker, recording an impressive tally of 16 goals and 18 assists.

With the rapid ascension of Christopher Nkunku, coupled with the addition of Dominik Szoboszlai, Olmo has lost his prominence in the Leipzig setup lately. It could ultimately lead to his exit in the summer, with Barcelona thought to be on red alert.

Mateu Alemany has played down rumours of signing Olmo in the past, but coach Xavi Hernandez remains a huge admirer of the Spaniard. He would certainly welcome the addition of the versatile playmaker this summer.

From a sporting perspective, Olmo could serve as an ideal interior midfielder, aiding either Gavi or Pedri, with Sergio Busquets operating as the number six. In many ways, he could be an ideal alternative to one of Xavi’s top targets in Bernardo Silva.

However, Barcelona could encounter similar financial issues, in their attempt to sign Olmo. The Catalans are short on budget and must offload their fringe players if they are to afford the RB Leipzig starlet, who is expected to cost a fortune this coming summer.