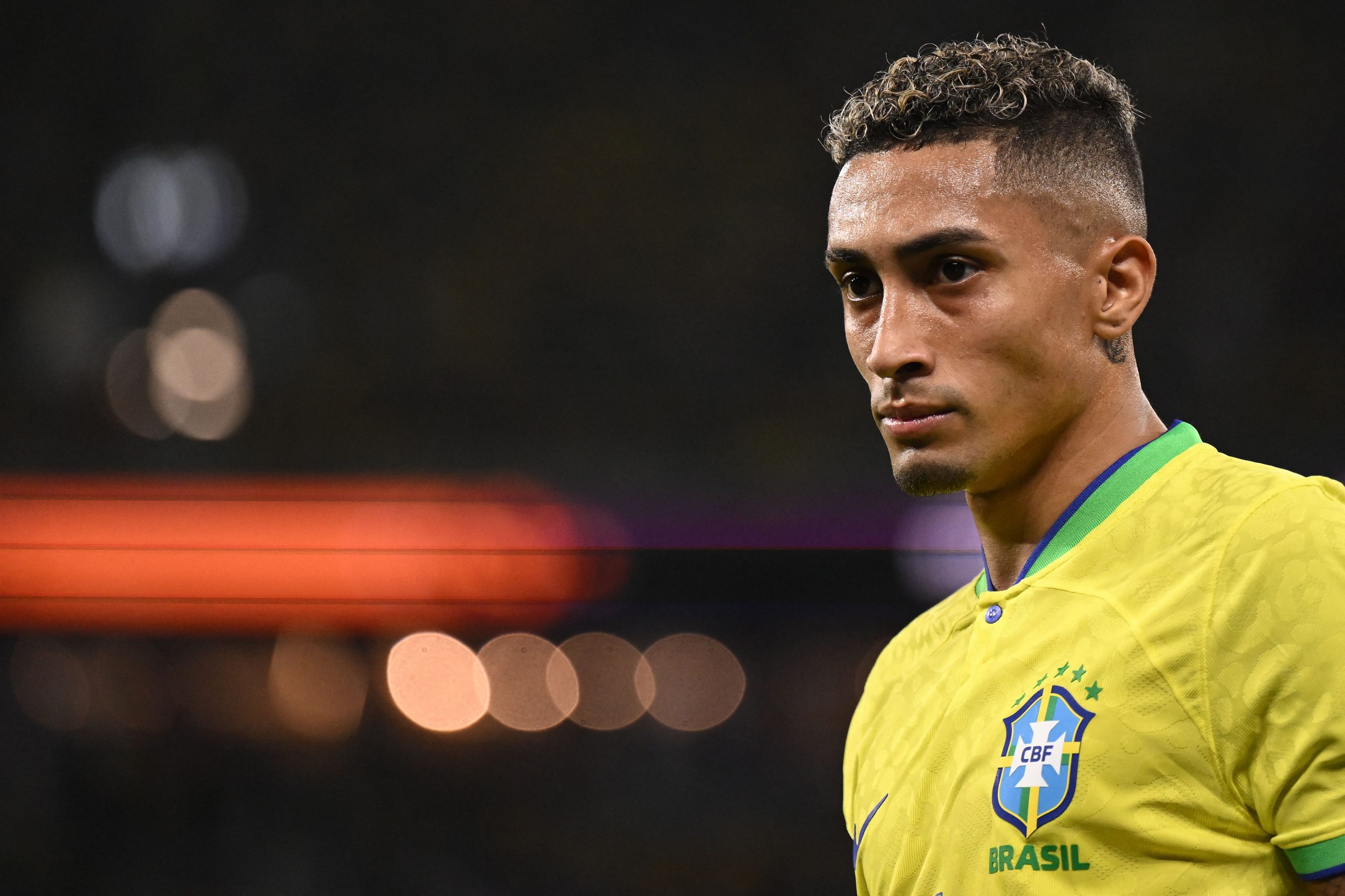 Raphinha has not had the easiest of starts to life at Barcelona since his move from Leeds United in the summer transfer window.

The Brazilian was signed by the club after beating stiff competition from Chelsea. And while he made a positive impression during the pre-season, things did not start well for him once the 2022/23 campaign.

So much so that there was an extended period before the World Cup break when he found it hard to get into Xavi Hernandez’s starting lineup at Barça.

And it was during that time that two members of the Brazil coaching staff visited Barcelona to check on Raphinha and his situation, reports SPORT.

It is claimed that manager Tite’s assistant and right-hand man Cleber Xavier and physical trainer Fabio Mahseredjian dropped in at Barcelona in October.

In the pretext of assessing how Dani Alves’ training with Barcelona Atletic was going, the two Brazil staff members also met with Raphinha to see how he was coping with his situation at Camp Nou leading up to the World Cup.

Having come with the expectations of seeing the winger in some self-doubt, the Brazil officials met with Raphinha and learned that he was happy and extra-motivated.

It is claimed that the former Leeds United winger told Cleber and Fabio that he is going through a phase of adaptation at Barcelona and is motivated to turn things around.

The conversation held in October is said to have convinced Tite’s assistants that Raphinha was in a great place mentally despite his lack of game-time, reinforcing the idea that he was ready to be a key player for Brazil at the World Cup.

Raphinha started both of Selecao’s matches in Qatar so far, with Cleber recently hailing the 25-year-old’s mental fortitude.

There is a chance that the Barcelona winger will be rested against Cameroon in the next match given that Brazil have qualified for the Round of 16.