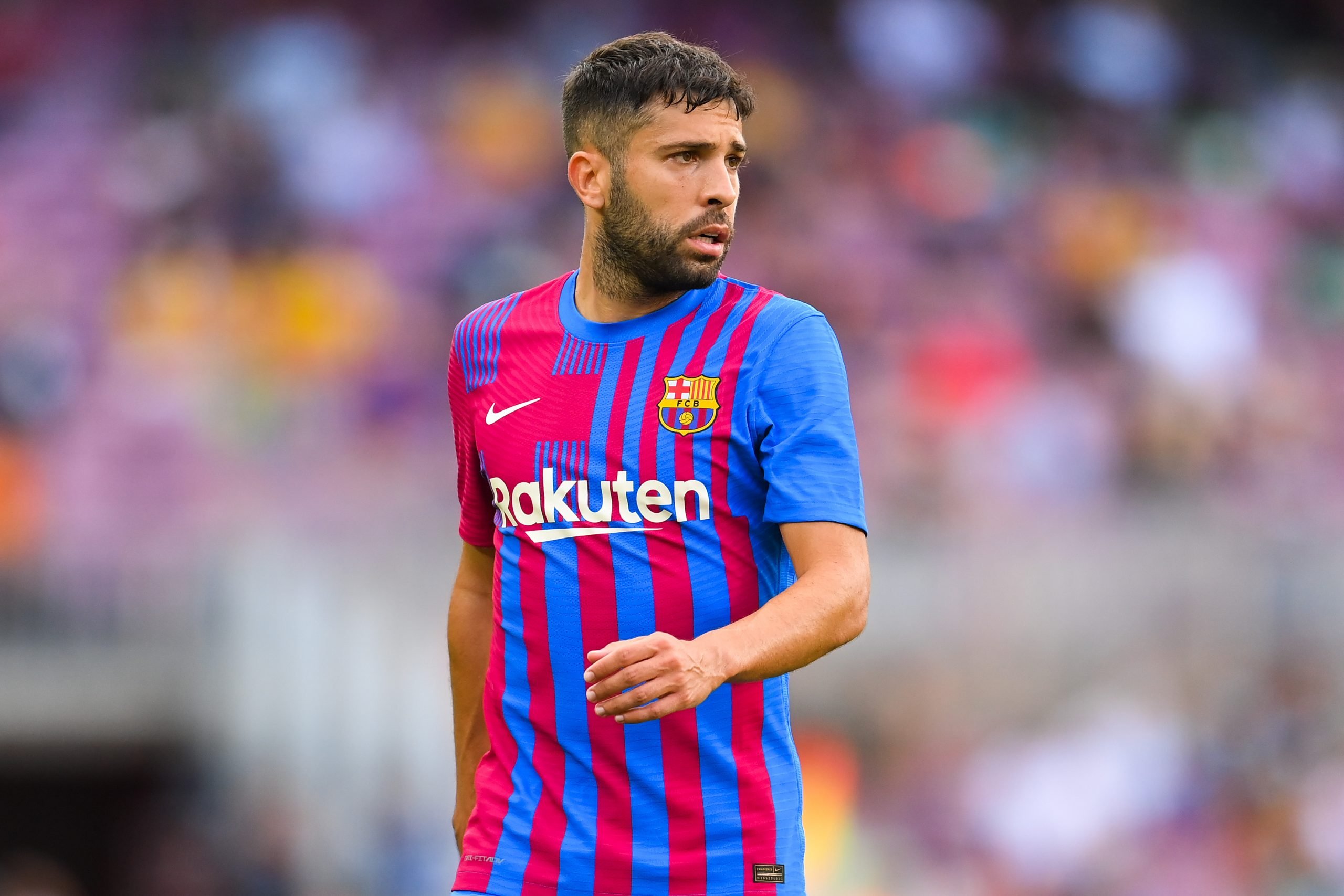 It is El Clasico time in La Liga as arch-rivals Barcelona and Real Madrid gear up to take on each other this weekend. The Catalans host their bitter rivals at Camp Nou on Sunday in a fixture that could have major repercussions on their title ambitions, as well as the future of Ronald Koeman.

Heading into the game, Barca have been able to build some important momentum, beating Valencia and Dynamo Kyiv in back-to-back encounters. The return to full fitness of Ansu Fati and Sergio Aguero also bodes well for the Blaugrana.

However, ahead of this monumental clash, Barcelona have been dealt with a major cause for concern as key man Jordi Alba is in danger of missing out on Sunday, according to SPORT.

The veteran left-back, who only recently recovered from an injury, picked up a knock in the win against Dynamo Kyiv. Alba was seen icing his ankle after the game, as he seemed to have turned it while on the field.

Speaking in the mixed zone after the win over Dynamo Kyiv, Alba, when asked about the injury, had said: “I have something but I’m not sure what.” After tests, it has been confirmed that it is a sprain in his right ankle, which has now made his availability for Sunday’s El Clasico a major doubt.

This comes as a blow for the Blaugrana, considering that Alba was one of their better performers in the midweek clash in the UEFA Champions League. Indeed, the 32-year-old set up the only goal of the game on Wednesday night, with a fine cross for Gerard Pique and generally enjoyed a solid outing.

But, following the latest update, manager Ronald Koeman will be sweating over the Barcelona captain’s condition. In case Alba does not make it in time for Real Madrid’s visit, the manager could turn to Sergino Dest to play at left-back, while youngster Alejandro Balde is also an option.