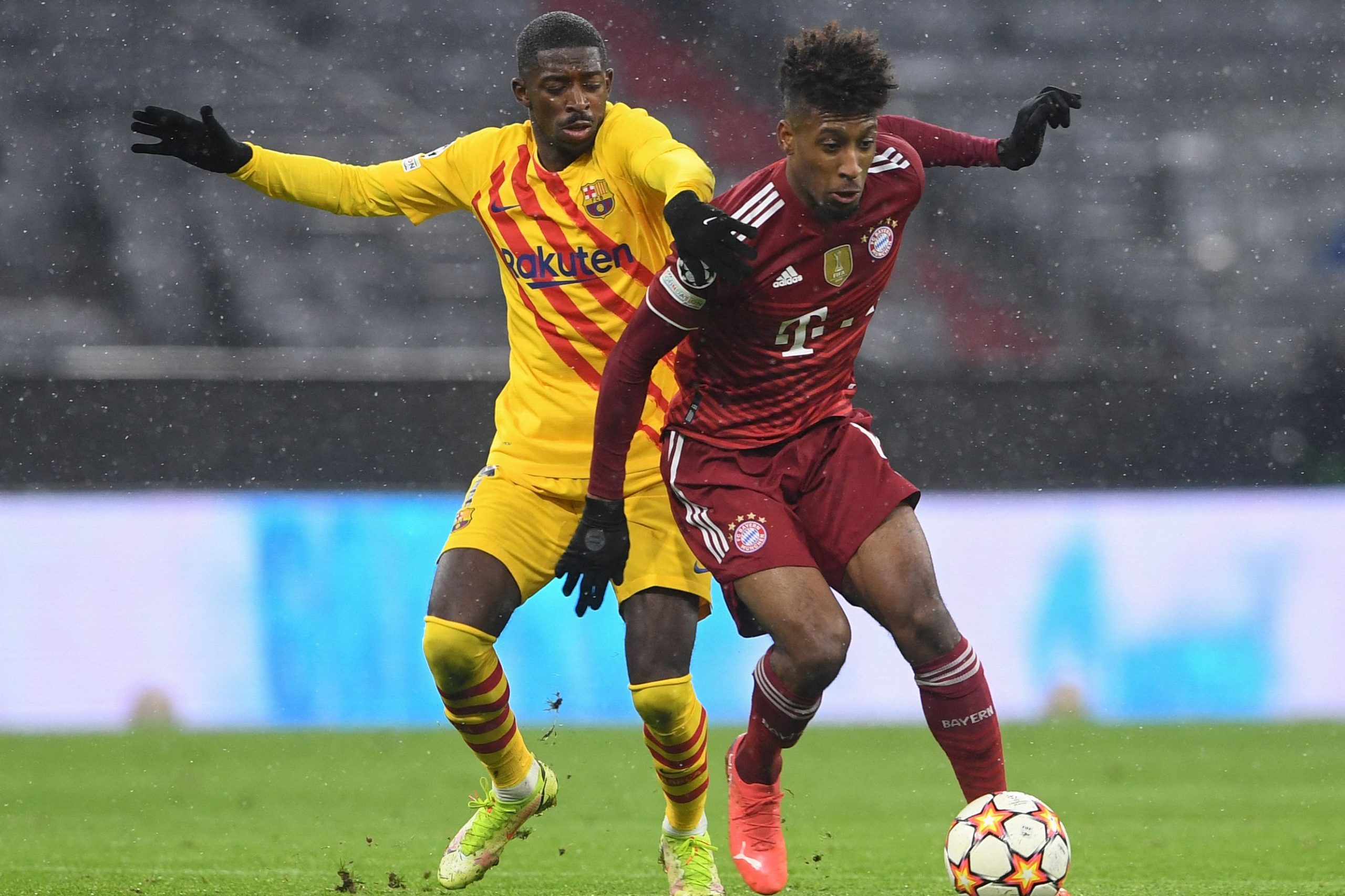 As the winter transfer market swings open, all eyes will be set on players whose contract expires in June 2022. This summer, a lot of stars could move for free, including Kylian Mbappe, Andreas Christensen, Antonio Rudiger, Cezar Azpilicueta, Dennis Zakaria, Christian Ginter, and Barcelona’s very own Ousmane Dembele, among others.

The Frenchman has refused to extend his contract with the club despite constant support from the administration and Xavi. In fact, Dembele put forth his own €40 million salary counter-offer to Joan Laport and co. who steadfastly refused it.

Now on his way out, he has been linked with several clubs, including Juventus, Manchester United, Paris Saint-Germain, and Chelsea. Mundo Deportivo have, at the same time, reported that Bayern Munich are eyeing Dembele’s signing as a replacement for Kingsley Coman.

A free agent in six months himself, Coman’s renewal negotiations have been halted for a while. The Frenchman faces incredible competition from Leroy Sane and Serge Gnabry and could look elsewhere for a guaranteed starting spot.

The 25-year-old has, once again in his career, endured an injury-prone season. Playing just ten games, he has scored four goals in the league. However, his Champions League numbers are much better, with a goal and two assists in five games.