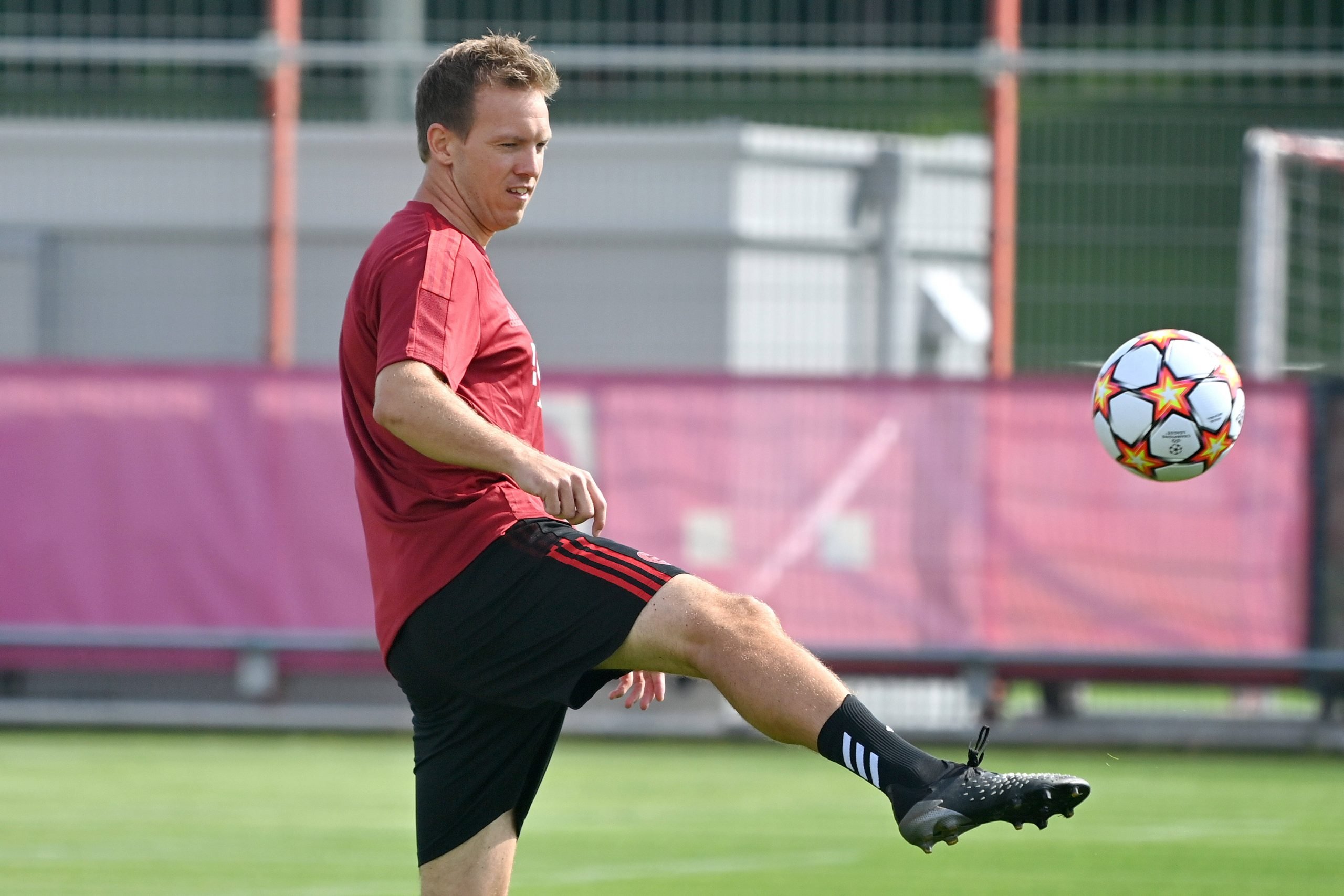 Bayern Munich head coach Julian Nagelsmann faced the press ahead of the German’s clash against Barcelona on Tuesday.

The media programme covered a vast range of topics, including injuries and expectations from this years competition, but one question caught the eyes of the Spanish press.

The manager was asked if he had ever seen an 18-year-old as good as Jamal Musiala, the Bavarian’s young forward who even scored against RB Leipzig after coming on in the second half.

To this, Nagelsmann took one name in particular, saying he was in awe of the youngster. The name was none other than Barcelona’s Pedri.

“In my team? Never. But there are other players at other clubs. Pedri, for example, I think he’s 18.”

Pedri made his debut for Barcelona exactly one year ago. He started as a name unknown in the football world, coming from a second division Spanish side. However, over the past year, his growth has been unreal.

His talent on the ball and awareness off the ball has proven that no amount of money can buy class. He had every quality that Barcelona desperately wanted in their midfield and had spent hundreds of millions to find.

Last year, the Canary Islander played the most number of minutes by any player in the top five European Leagues. He was an integral part of Spain’s run to the Euro semifinal. After that, young Pedri joined the Spanish Olympic team and was a key member of the silver medal-winning team.

He will be back in action against Bayern Munich on Tuesday.