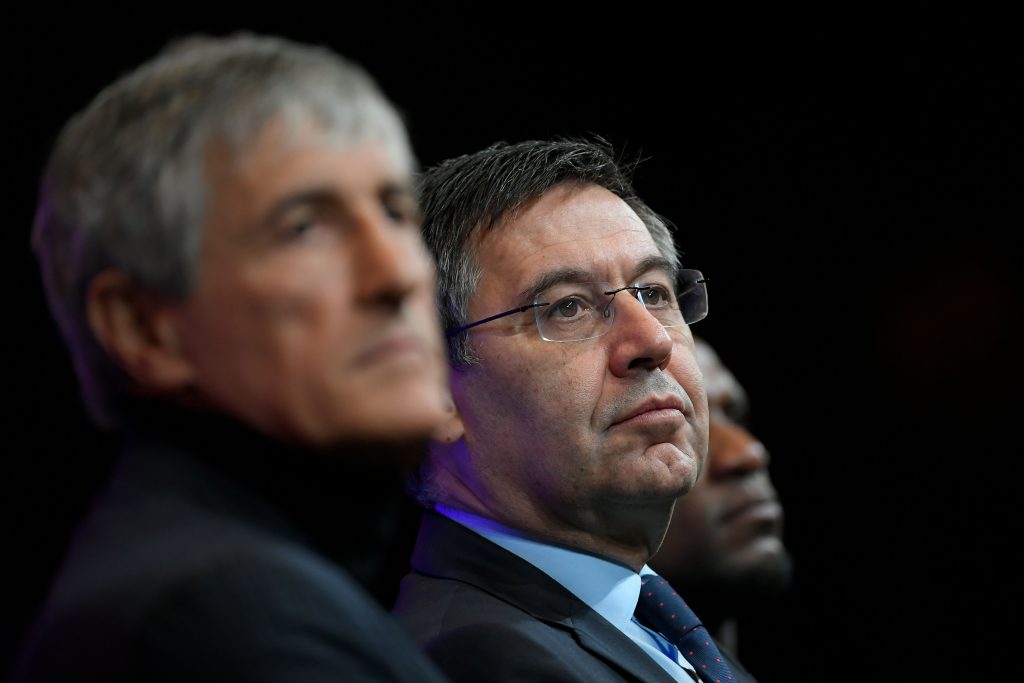 After Barcelona lost 8-2 to Bayern Munich yesterday, all eyes turned towards the board. President Bartomeu stated that “huge changes will be made”, but that alone is not satisfying fans. Not only the supporters, but also presidential candidates Joan Laporta and Victor font want Bartomeu to resign.

“After this very painful defeat, the statements of Bartomeu are of cowardice and ineptitude. The incompetence of him and his board disqualifies them from making any further decisions on Barça’s future.”, said Laporta. It is known that the former Barça president will be running for the upcoming elections.

Victor Font, on the other hand, told: “It has been too many years of sadness and shame, but this night has only one name – humiliation. We can’t lose more precious time. Bartomeu should resign, and elections must happen as soon as possible. Together, we must reconstruct and bring glory to Barça.”

It is known that Quique Setién and some names within the management (such as Eric Abidal) will be sacked, but whether Bartomeu himself will resign, remains unknown. One thing is clear: fans have had enough.