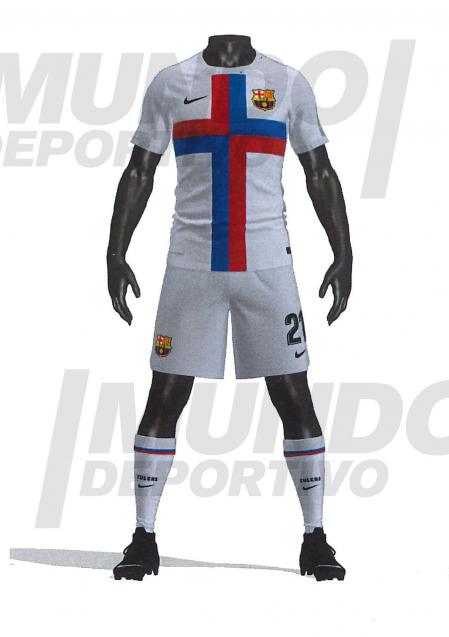 Mundo Deportivo has reported Barcelona’s leaked third kit for next season, and it presents an intriguing surprise.

For a change, the Catalans will endorse a light grey, almost white jersey as their third kit in the coming season. The entire kit follows the colour theme, extending till the stockings.

The shirt in itself has the traditional garnet and blue colours in the form of St. Jordi’s Cross on the white theme. The crest and Nike symbols are on either side of the cross.

– The home jersey will have thicker lines than originally thought

– The second jersey will be yellow with black accents

– As for the third jersey, it will be the first time in many years that Barça have a white kit pic.twitter.com/zOf2CUlGgb

For years Barcelona have avoided a white kit so as to not clash with Real Madrid’s colour theme, so this might not go down well with the fans. In fact, this is the first time Barça will have a white kit since 1979, which was donned by Johann Cruyff.

The third kit will be worn only occasionally, with the home and away kits being the primary choices. The home kit will feature a three-stripe combo with a darker shade of blue alongside the Blaugrana. The away kit has been rumoured to be gold.