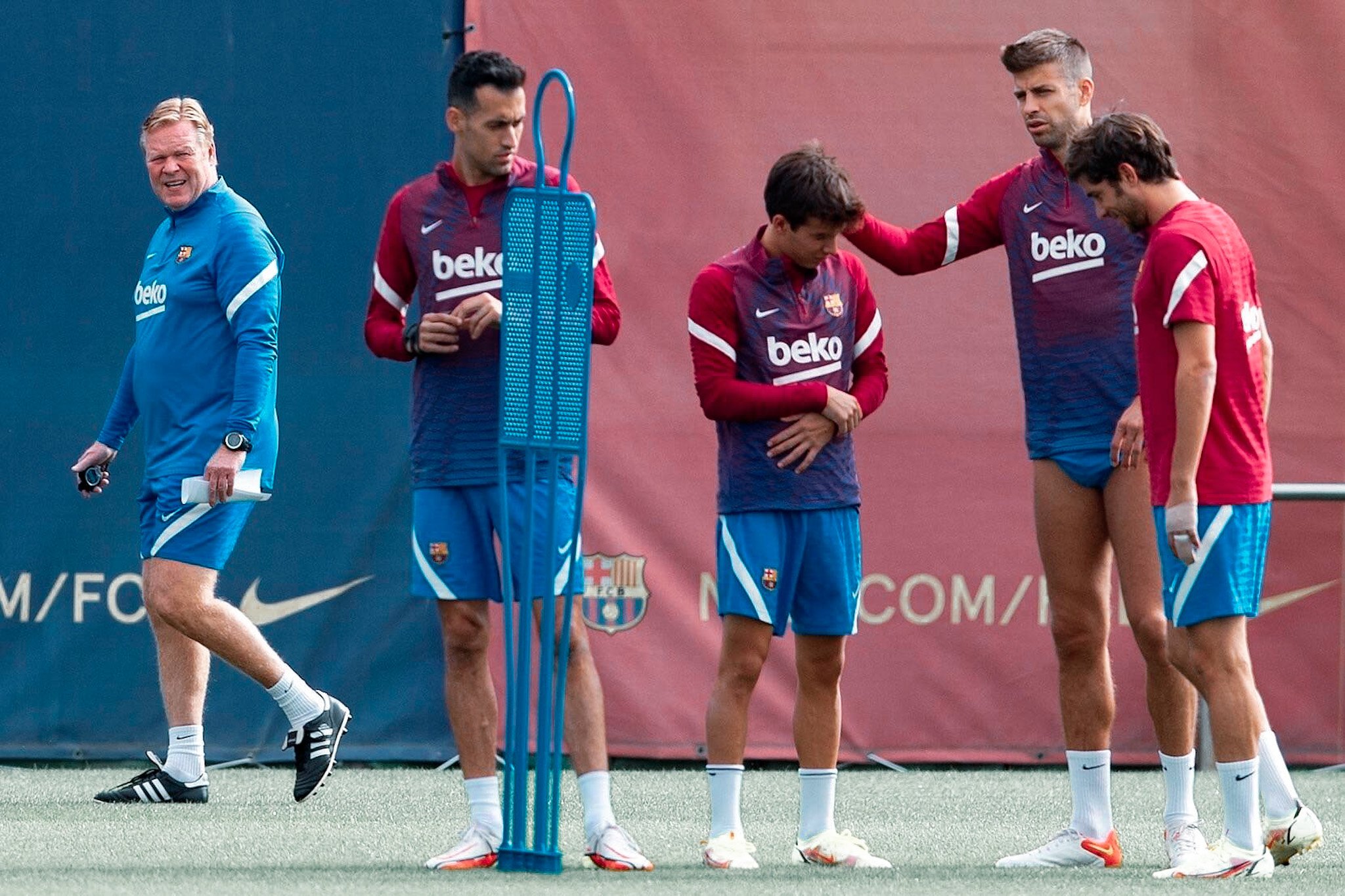 If poor performances on the field were not enough, the off-the-pitch issues at Barcelona are on an exponential rise. The Catalans slumped to a second successive underwhelming display at home, with the late draw against Granada not being much better than the defeat to Bayern Munich last week.

Ronald Koeman is walking a tightrope, and the mounting pressure on his shoulders is beginning to show up externally.

During the pre-match press conference leading into Thursday’s match, the Dutchman read out a brief statement and walked out without answering any questions.

The Dutchman said the club was going through a phase in transition, and that he required time and patience to bring the youngsters up to the former level of the club.

Needless to say, the manager is very close to a dismissal, and a poor result against Cadiz could be the final nail in the coffin.

Joan Laporta already has options on the table in Xavi and Roberto Martinez, and the possibility of a new face on the sidelines is nearing reality. Here is how Barcelona could lineup against Cadiz.

Marc Andre ter Stegen is three games into the season and yet to maintain a clean sheet. The German has already let six goals into the net in half as many games and will be looking to put an end to the streak. He will start in goal.

Ronald Araujo was by far the best player on the pitch in the weekend clash at Camp Nou. Solid defensively, yet dominant in the air and versatile on the wing, the Uruguayan put up one of the most rounded performances the world has seen. He has been the standout player so far this year and will lead the defence on Thursday.

Eric Garcia had a rocky game against Granada. While he shone in his moments, he got dangerously close to being sent off for the second time this season. While he continues to be solid, his occasional moments of oversight are still a concern. Nevertheless, he looks set to bench Gerard Pique for the game.

Sergino Dest played out of position for most of the weekend game. Despite starting at right-back, he was forced to the left flank after Alejandro Balde’s unfortunate injury. Against Cadiz too, the USMNT star will be forced to play at left-back due to the lack of options.

With Dest deployed at the other end of the field, Oscar Mingueza is the prime candidate to assume responsibilities at right-back. Sergi Roberto would be a viable option, however, his poor showing against Bayern Munich and his role in midfield suggest he will play in the middle of the park.

Sergio Busquets will be at the heart of midfield and look to dictate play from between the lines. The captain of the Spanish international team is the one through whom every buildup progresses. Undoubtedly, he will be crucial as Barcelona look to get all three points at Estadio Ramon de Carranza.

Pedri continues to be out through injury, and Sergi Roberto could get a second successive start in his absence. The third captain has endured a difficult couple of weeks and now looks to set things right.

Frenkie de Jong is the new star in midfield. From last season, the former Ajax midfielder has grown and matured exponentially. As he is suddenly flooded with younger blood around him, he will have to continue improving to remain a role model.

Memphis Depay had a relatively quiet outing in the last game, presumable because of the change in approach from Ronald Koeman. With crosses being the novelty, the Dutchman doesn’t stand to gain from the tactical variation.

Luuk de Jong is the new hope in attack, with the whole team changing their approach to feed him aerial balls. He did not manage to score in the last encounter but did come close on an occasion. He will be eager to get on the scoresheet against Cadiz.

Phillipe Coutinho made his much-awaited start for Barcelona against Granada. However, he failed to impress and delivered yet another disappointing show. With this clearly being his last chance in Catalonia, he will have to step up his game and prove his worth in the coming games.

Gavi is the new Ilaix Moriba for Barcelona. He has received consistent game time in the last few games, and clearly has the backing of the manager and players. He could come on in the second half.

Gerard Pique could likely come on as a substitute, but not in the role one expects. With Koeman being pressed of option in attack, the defender could come on as a target man in front of the opposition goal.