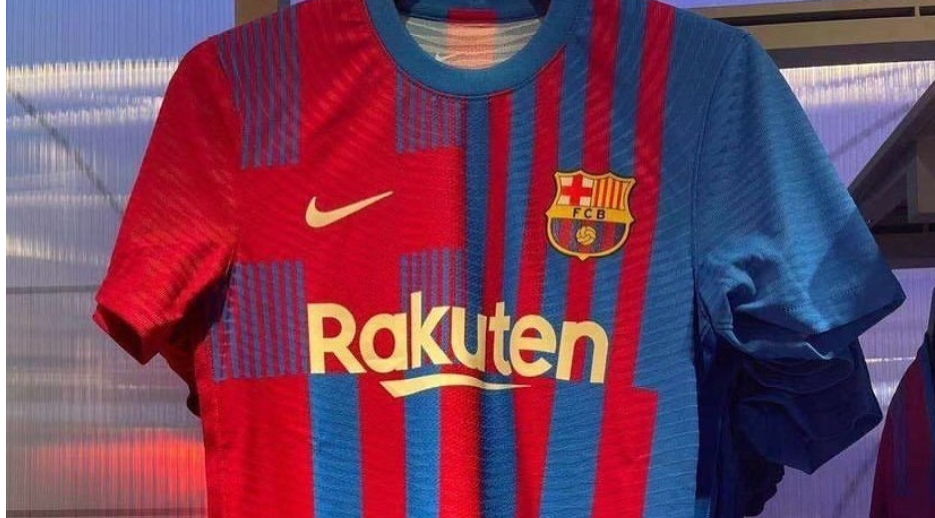 FC Barcelona have had a rocky relationship with their home shirts. While the 2019-20 checkered home kit was almost unanimously disliked, Nike appeared to have revived their designs in the 2020-21 season, with three incredible kits and a stunning golden-laced home kit.

Alas, all that may have been undone with the rumoured 2021-22 home kit which may not be a rumour anymore. The kit was said to have the crest of Barcelona on the face (albeit in blue and red only as opposed to the traditional colours). A number of prints of the jersey were leaked, although it was not officially known what the kit would look like.

That is no longer true, as the new kit has been inadvertently leaked on the club’s official website and highlighted by Footy Headlines. This was the second leak in a day, as Sergio Agüero’s signing was leaked on the website before the club had officially even announced it.

Similarly, in the website’s background, a faint image of Frenkie de Jong donning the jersey appears. It is, indeed, what the players would be wearing at the Camp Nou next season, and this list is likely to include new names, with Agüero now confirmed and Eric García, Georginio Wijnaldum, and Memphis Depay reportedly close to being confirmed.

Still, the kit raised eyebrows when it was first leaked: the design was fairly jarring and the four patterns on the jersey considering its size was not particularly easy on the eyes. It was said that the actual kit would be far better, since online prints of kits are notoriously worse-looking than the actual physical clothing.

That said, now that we’ve got a look at the kit on one of our players: it’s still a questionable design, to say the least.