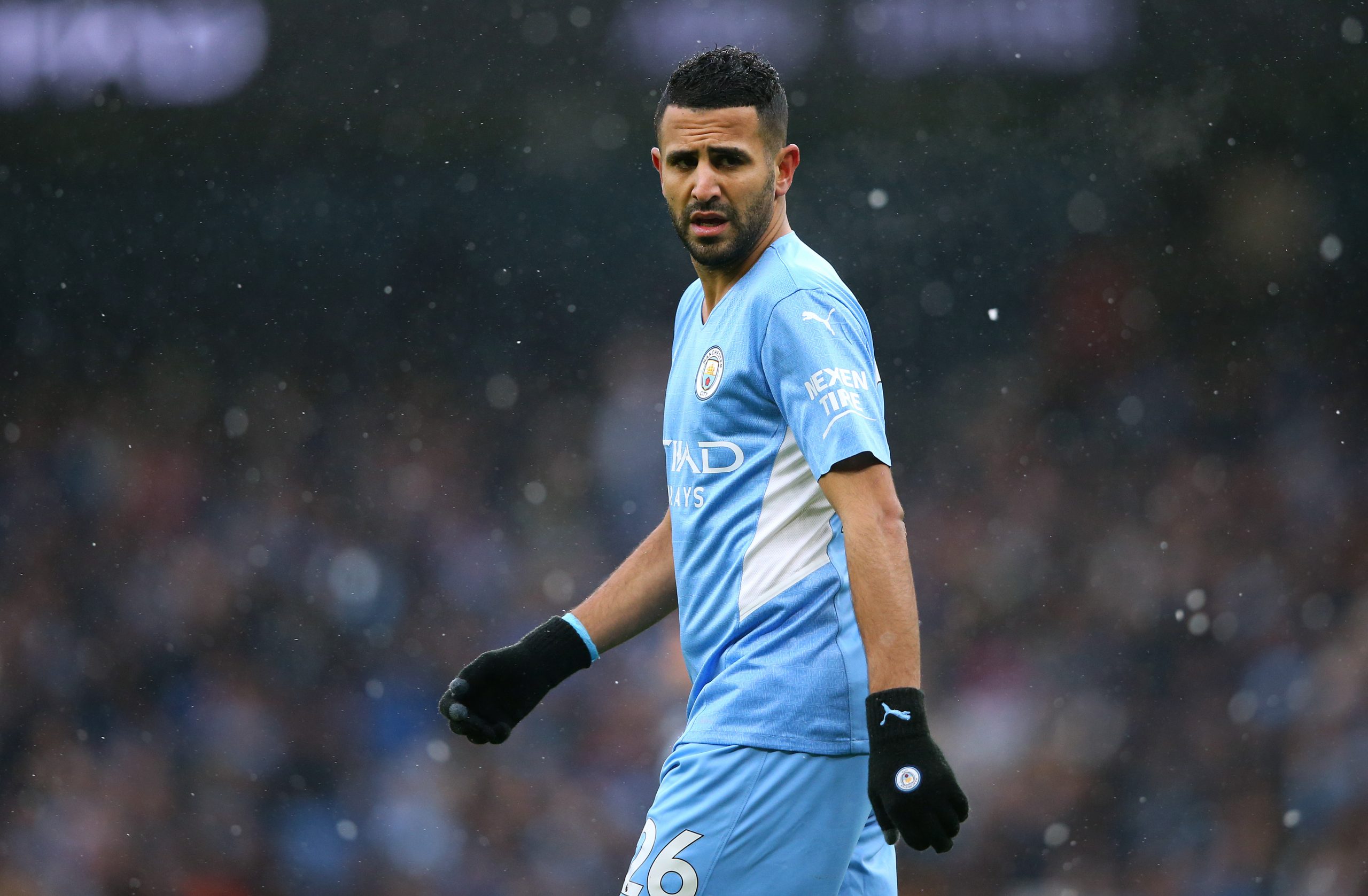 Barcelona have been on the hunt for a new signing in the forward department for the past month. The Catalans have been linked to several names, including Hakim Ziyech, Raheem Sterling and Karim Adeyemi.

Manchester City has been the biggest target for the Blaugranas. The English side’s abundance of forwards and experience under Pep Guardiola makes it the perfect hunting ground for Joan Laporta. Bernardo Silva, Raheem Sterling, and Ferran Torres are some of the players who have been linked with a move to Span.

Last month, the Catalans enquired about the status of Riyad Mahrez too. However, Guardiola refused to negotiate a departure for the Algerian. Mahrez was declared non-transferable, and all doors were shut.

However, according to reports from The Sun via El Nacional, a new club has entered the race for the winger. PSG have been, apparently, closely following Mahrez’s situation at City, and have begun negotiations with the winger.

Mahrez has 18 months left on his contract at Etihad. Though a renewal has not yet been finalized, both parties are said to be interested in proceeding with it.

The Parisian side will keep a close eye on the player’s status and try to snap up his signature if there is any delay in the negotiations with City.

Barcelona, however, are said to be no longer interested in the player. The Catalans are in advanced talks to bring Ferran Torres to Camp Nou, and multiple sourced report he could be a Barca player by January. As for Mahrez, the Algerian international is expected to sign a new deal with City soon.