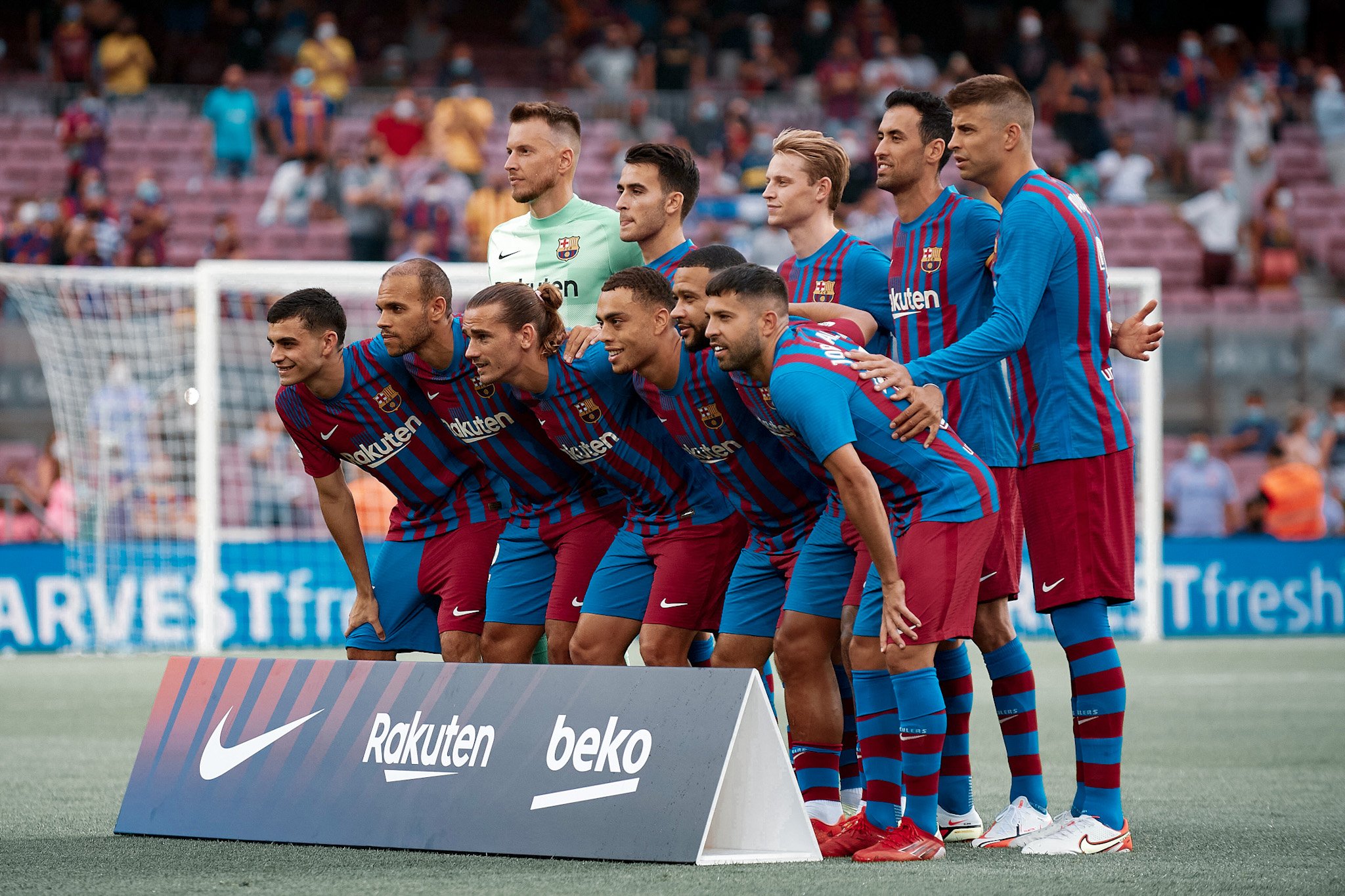 Barcelona’s season could not have got off to a better start. Fans were back at the Camp Nou after more than a year, and the football was at its very best.

Without their prolific number 10, the Blaugranas did seem hollow before kickoff. However, what followed was 90 minutes that provided hope, instilled confidence and sucked back the tears from those who believed that all was over.

At the tenth minute, the Camp Nou erupted in chants of ‘Messi’ as a tribute to the legendary goalscorer. But when the same formality was started in the tenth minute of the second half, the major part of the stadium overshadowed the Argentine’s name with chants of ‘Barca’. The idea is to look forward and stand by the players’ side as they too start a new era, much like the fans.

On Sunday night, Barcelona took down the mighty Real Sociedad in what was a collective effort. The forward line did not seem lost for creativity, neither did the defence look leaky for the most part of the game.

For the second game of the season, Ronald Koeman’s men travel to San Mames, a stadium that has historically proven to be a thorn in their foot. Athletic Bilbao drew their opening game to Elche in a goalless encounter and will be looking to get their first win of the season.

Meanwhile, the importance of a strong start this season cannot be stressed enough for Barcelona, as the men in garnet and blue will look to make it six points out of six.

Here is how Barcelona could lineup against Athletic Bilbao:

Though Marc Andre ter Stegen could reportedly make the squad list for the trip to Bilbao, his participation in the game is ruled out. Neto will once again get a chance to shine between the sticks, this time in one of the season’s toughest encounters.

Gerard Pique had been advised by the club’s doctors to rest himself after he sustained a calf injury in the opening game. However, subsequent tests have reportedly reflected a very negligible strain. That said, the Spaniard will be the first choice centre-back on the night against tricky opposition.

The pace of Inaki Williams is a test that defenders of La Liga dread and fear. The Basque striker has earned a reputation for being lethal on the counter and clinical in front of goal. That said, Eric Garcia will have to step up on the night and keep the No.9 at bay.

Sergino Dest started the encounter against Real Sociedad at the weekend and produced 71 minutes of resilient defence and productive attacks. Despite Emerson Royal actively competing for the spot, all signs hint that the USMNT star has earned another start.

Jordi Alba, the new fourth captain, had a bright start to the 2021-22 season. Despite not getting any direct goal contribution, the Spaniard was active in defence with four interceptions, clearance and a blocked shot. Moreover, his chemistry with Pedri and Memphis continued to sparkle, and his first assist of the season seems to be close.

Barcelona’s captain Sergio Busquets played 83 minutes in the league opener, and once again reiterated why he is irreplaceable. He will continue to start in the heart of midfield and dictate the flow of the game from his deep position.

Frenkie de Jong was one of the best players on the field against La Real. It was his breath-taking pass to Martin Braithwaite that set up the second goal of the night. The No.21 has a crucial season ahead of him in terms of creative output. Safe to say, he got off to a good start.

The midfield will be rounded off by Barcelona’s young machine Pedri. The 18-year-old has seen no rest between two seasons. However, the youngster is an irreplaceable part of Koeman’s plans and participated in the full 90 minutes at Camp Nou. Given the tough challenge in the form of Athletic Bilbao, the young Spaniard will start.

Memphis Depay had a stunning debut in Blaugrana colours on Sunday. The new signing was heavily involved in the team’s buildup and link-up play. Moreover, it was his perfect delivery from the set piece that set up Gerard Pique for the opening goal. He will start as the centre-forward on the night.

Martin Braithwaite silenced his critics with a man of the match display in matchday 1 where he had two goals and an assist to his name at the full-time whistle. The Danish striker has been heavily linked to an exit which now looks unlikely. He will start on the left-wing on the night.

Upon the announcement of Lionel Messi’s departure, all eyes turned to Antoine Greizmann. The World Cup winner is the one expected to step up this season in the absence of the former captain. Though actively involved in the buildup, the No.7 could not make a difference in front of the goal. Greizmann will look to change that on Saturday.

Yusuf Demir was all set to make his debut on Sunday before the opponents pulled back two goals in the dying minutes. The Austrian protege had to postpone his debut, and it could well arrive at San Mames.

Ronald Koeman made his admiration for Nico clear once again when the La Masia graduate came on for the Captain at the 82nd minute. He could be a regular face this season, and Saturday could be no different.

Ronald Araujo could come on for either of the centre-backs in the second half. The Uruguayan is ready to push for more minutes, and a couple of positive displays could seal his position as a starter.