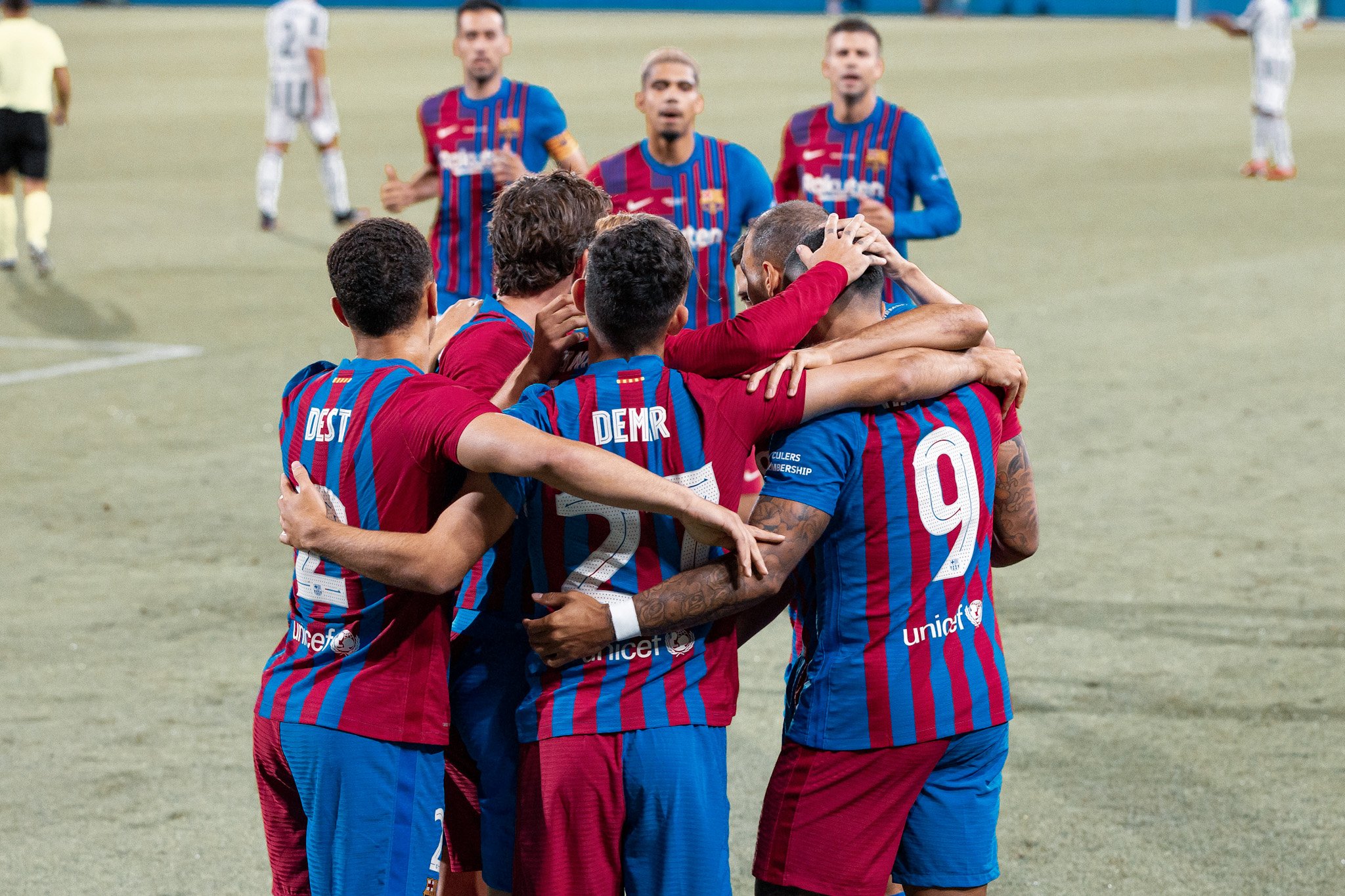 With one poor display after another, Barcelona are not helping their start to the season. Injuries have, no doubt, been a determining factor in these games.

Nevertheless, the quality that the depleted Catalan side has on paper should theoretically still be capable of walking past mid-table sides like Cadiz.

Ronald Koeman’s position at the club is slowly moving out of the shadows towards a certain dismissal. Xavi Hernandez has appeared as a realistic option in the past 24 hours, and no one at the club’s offices is ready to comment on the Dutchman’s future at the club beyond the coming game.

Likely, the decision has already been taken on the manager’s dismissal. With the encounter tomorrow possibly being Koeman’s last on the sidelines, here is how Barcelona could lineup against Levante.

Marc Andre ter Stegen was the reason Barcelona walked away with at least a point at the Ramon de Carranza. The German goalkeeper made five crucial saves to deny the hosts and kept his side in the game with his clean sheet. He will look to keep the streak going on Sunday.

Gerard Pique had been benched for the clash against Granada, though he did come on as a substitute as a striker. Against Cadiz, he returned to his starting role and played the entire game providing five clearances, an interception, and a tackle.

Barcelona’s standout player this season has undoubtedly been Ronald Araujo. The Uruguayan has been sublime for the Catalans, not just defensively but also in attack. He will undoubtedly start tomorrow alongside his idol Pique.

Jordi Alba and Alejandro Balde are yet to return to complete fitness after their injuries last week. That said, Koeman will have to go with a make-shift left-back for a second successive game. Sergino Dest seems to be the likely option for the night.

Oscar Mingueza was handed his first start of the season midweek at right-back. Given the circumstances, the La Masia graduate could once again start at the right side of the defence against Levante.

Frenkie de Jong and Pedri are both unavailable for the coming match, a condition that forces Koeman to try out a new formula.

The one certain starter in midfield is Sergio Busquets, for his experience and calmness will be needed to steer through the Valencia-based side’s midfield.

Young Gavi was handed a first league start in the previous game and did not disappoint. His positional awareness and ability to find the best pass even under pressure. He could be given a second successive start given the circumstances.

The midfield will likely be rounded off by Sergi Roberto. Though Nico and Riqui Puig present strong cases to start, it is unlikely that the manager will go for two relatively inexperienced players from the start. That said, Roberto is the prime candidate.

Memphis Depay exploded onto the La Liga scene in dramatic fashion scoring two bangers in as many games. However, his performances since have not been starlit, probably because of the change in the manager’s dynamics.

Luuk de Jong is yet to impress since his sudden transfer to Catalonia on deadline day. The striker has only taken one shot in over 110 minutes of game time and has barely posed any threat to opposition defences. He will look to get on the scoring charts on Sunday.

Yusuf Demir had a poor outing against Cadiz and was taken off at half-time. However, his talent is something undoubtedly conspicuous. Moreover, his dynamicity and ability to gel into the side place him ahead of an option like Phillipe Coutinho. He could start on the left-wing.

Ansu Fati undoubtedly is the one under the spotlight in the upcoming clash. The 18-year-old is set to return after close to 330 days, and Koeman has confirmed that he will receive minutes in tomorrow’s game.

Nico could come on in the second half for young Gavi. The La Masia talent could help up the tempo and add some freshness to the middle of the park.