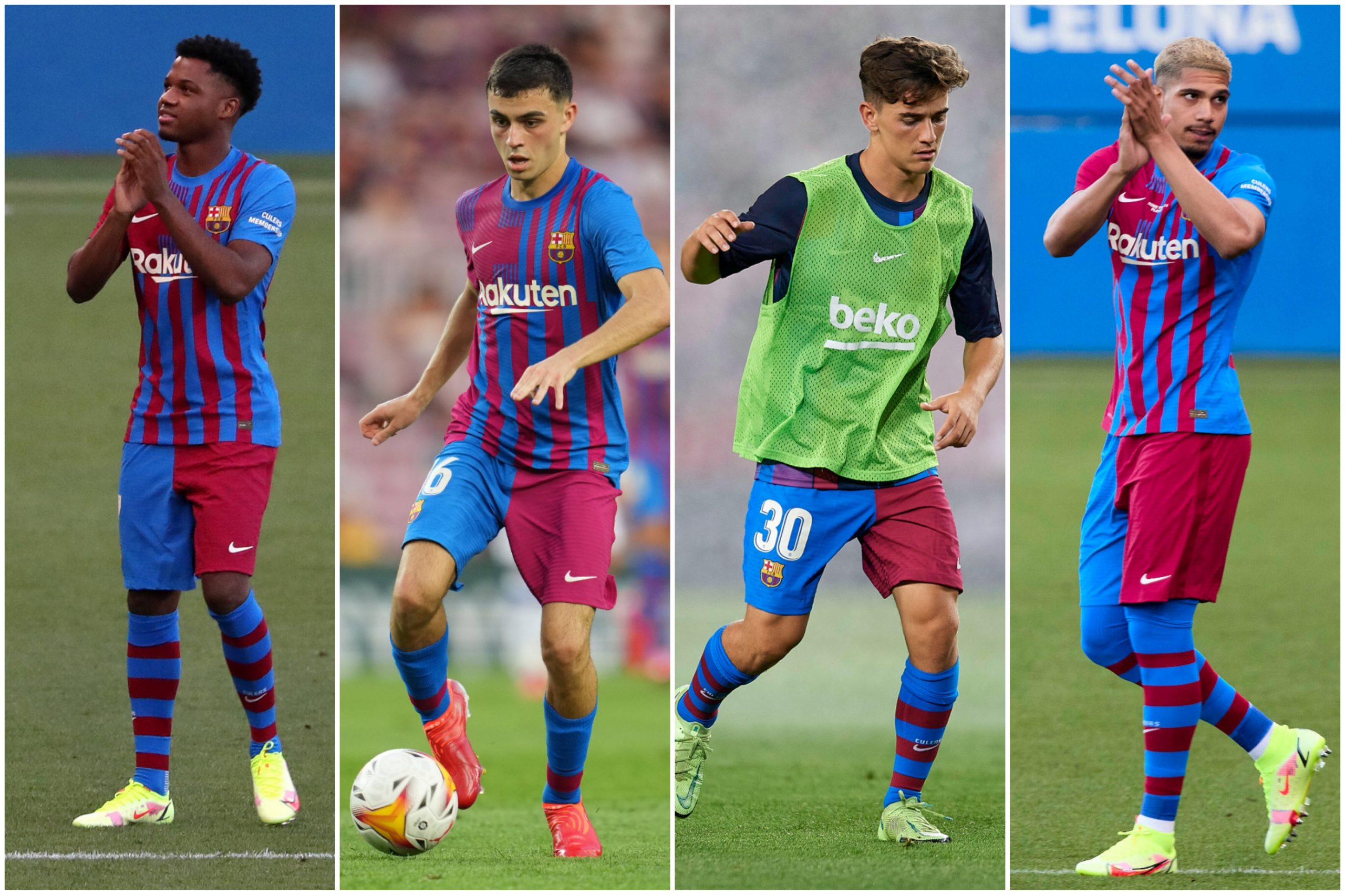 2006 saw the rise of Barcelona’s golden generation in terms of talent, especially through the La Masia. Within five years, they had won three UEFA Champions Leagues to prove their pedigree under two different managers.

Since then, they had earned a reputation as the side with the most promising youngsters, but it was destroyed rather dramatically under Josep Bartomeu. Now, a new era with Joan Laporta at the helm sees Barça with some sensational young talent in their squad.

Starting at the back, Inaki Pena and Arnau Tenas are both 22 or under, and the former is next in line to become the reserve goalkeeper at Barcelona once Neto departs the club.

Ronald Araujo and Oscar Mingueza are both 22 and have a good decade of football ahead of them. The same goes for Eric Garcia, who’s 20. 18-year-old Alejandro Balde and 20-year-old Sergino Dest are the names on the flank in defence.

Nico Gonzalez is touted to be the Sergio Busquets replacement the club is looking for, and at 19, has enough time to learn as much as he can from Busi. Riqui Puig is 22, and despite him not getting many minutes under Ronald Koeman, the fans are well aware of his potential. Gavi is the youngest among these at 17 and is set to be handed his debut soon.

Barcelona bought Yusuf Demir on loan from SK Rapid Wien this summer with the option to purchase. Already earning plaudits and fans during his pre-season, the Austrian could have a huge role to play this season after the departure of Lionel Messi.

Finally, Barcelona’s two crown jewels — Ansu Fati and Pedri. The former broke out on the scene under Ernesto Valverde and was en route a sensational debut season last year when his progress was halted due to an injury. Now slowly recovering, Fati is set to make the world his stage.

As for Pedri, it has been a whirlwind of a debut year in senior football. Initially thought to be going on loan after the preseason, the Spaniard cemented his place not only in the Barça XI but also in the Spanish National Team.

The average age of this team is 19.6 and is probably the best young team across the continent. Set for decades!