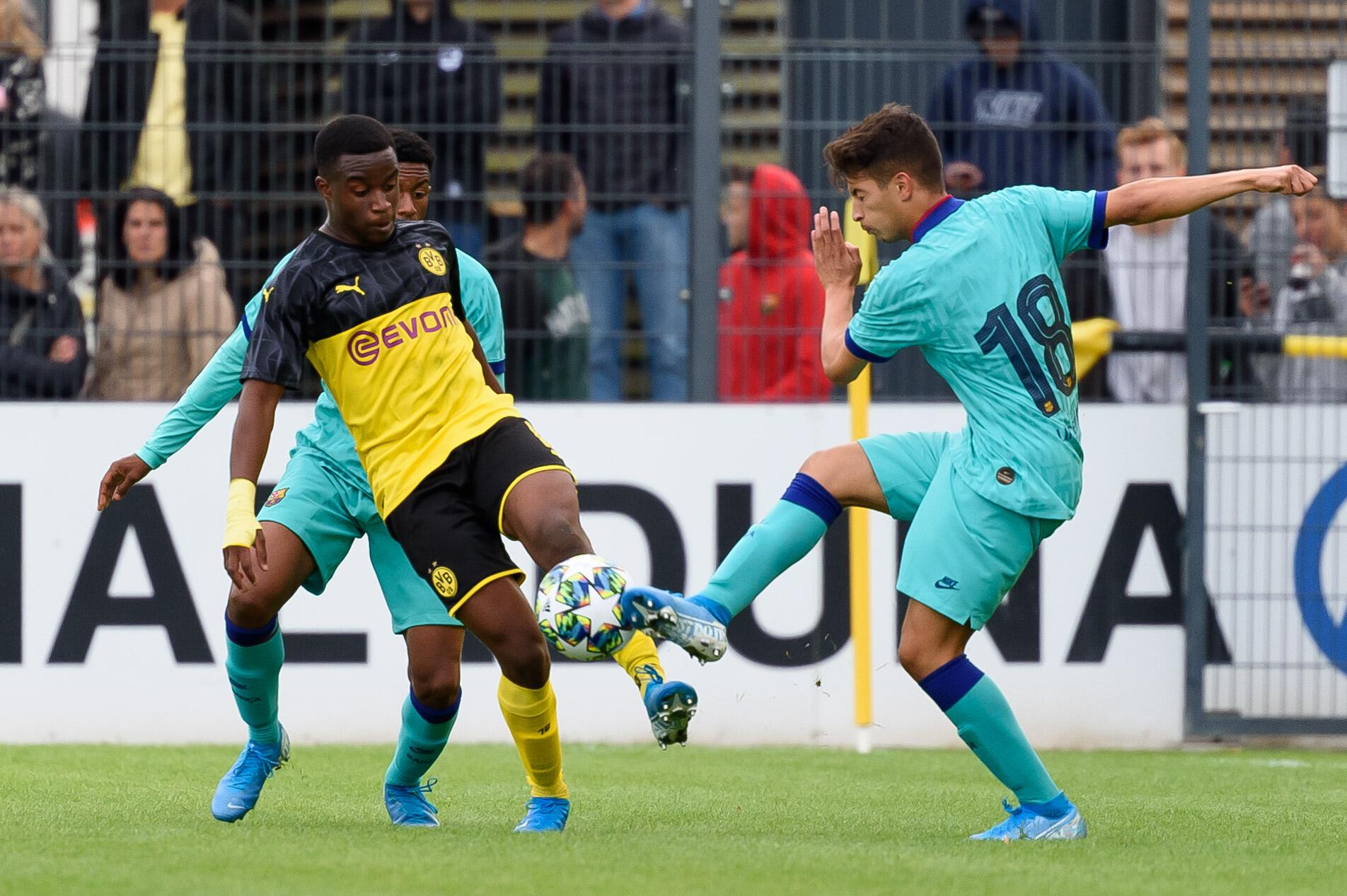 As reported by SPORT, Barcelona have lost one of their promising young forwards to arch-rivals Real Madrid, with former Juvenil A captain Jaume Jardi making the switch from La Masia to La Fabrica.

Jardi joined the Barcelona youth setup back in 2016/17 from Reus and had spent five good seasons as part of the club’s age-group sides.

The young winger was making impressive strides at the youth level, having finished as the top scorer in the 2019/20 campaign while he was also made the captain of the Juvenil A team last year. The 2020/21 season was Jardi produce a return of nine goals and three assists while he also broke into the Barcelona B team as well.

However, the teenage forward’s time in Catalonia has now come to an end, as he is now set to sign for bitter rivals Real Madrid, with the news breaking even as Jardi was supposed to report for pre-season training today with Barcelona B.

The transfer comes after Jardi’s contract with Barca expired at the end of the last month, with the report claiming that an agreement over a new deal wasn’t reached between the club and the player. And naturally, the youngster’s decision to switch to the Catalan giants’ arch-rivals have sparked strong reactions from some sections of fans.

However, according to sports photographer Noelia Deniz, who has close ties with Barcelona, there had been no communication from the club’s end to Jardi over his situation. She adds that there had been no contract offer made to the teenager while nobody from the club also informed the player or his family that he would not be continuing at Barca until today even as he waited for an offer.