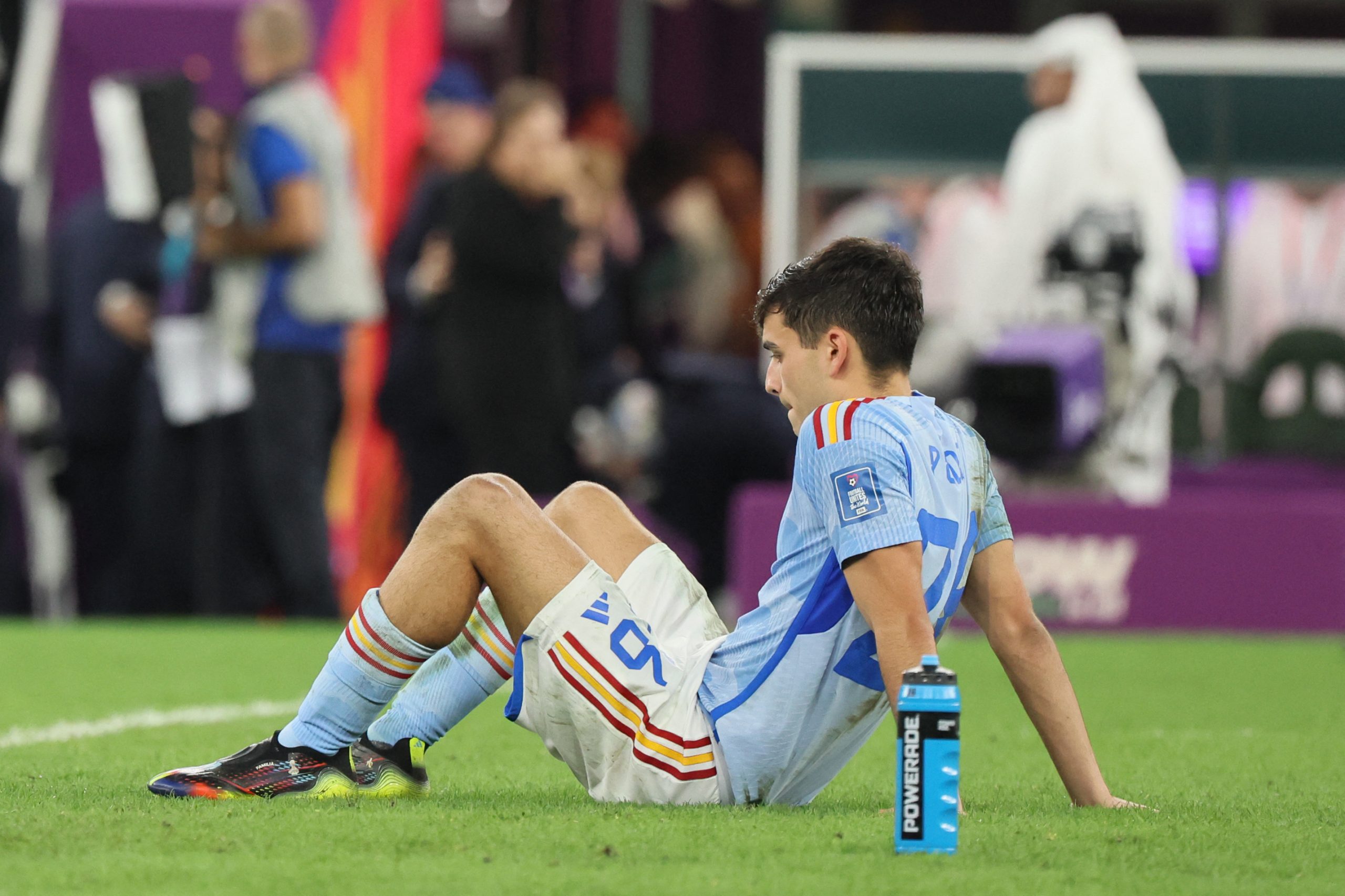 The final round of 16 matches are taking place in the World Cup today with all eight quarter-finalists of Qatar 2022 being decided. And the match between Spain and Morocco certainly lived up to the billing.

Spain took on Morocco in the first game on the night in a game that promised a lot. La Roja were indeed not at it in the first half and huffed and puffed their way to break through the stubborn Moroccan defence.

However, things did improve in the second half as Spain created a lot more chances but were unable to break through the rigid Moroccan defence. Even extra time was not sufficient and the game went into penalties.

Spain had a shocker of a penalty shootout, failing to score even once from the spot, meaning that they were knocked out of the tournament, and Morocco went through to the quarterfinals.

We at Barca Universal take a look at how Barcelona’s players fared in their respective games tonight.

Struggled to contain Ziyech and Hakimi together on the left flank but he was still one of Spain’s better players in the first half. Alba failed to go forward like he usually does during the first 45 minutes and that hurt La Roja a lot.

Alba, just like Spain, had a better second half to the game. He played 98 minutes before being replaced by Alejandro Balde. The Barcelona left-back could not do much today and he will be disappointed.

Pedri found himself playing different roles in the first half itself, starting the game as a left interior and finishing the half as the auxiliary right-back. He made some crucial passes but just like the entire team, he struggled in the first 45.

The Barcelona man continued shuttling positions as he tried to get involved in the game and played the full 120 minutes. Unfortunately for Pedri, he cannot show his quality in the latter stages of this World Cup.

Robin van Persie famously said once about Nemanja Vidic: “Nemanja puts his head where other players are scared to put their feet.” Gavi took that quite literally in the first half with his aggression being a double-edged sword for Spain.

Much improved display in the second half but he was taken off for Carlos Soler. Just the energy from Gavi today, nothing else.

Ferran was Spain’s best attacker in the first half but he was still not having a good enough game. He did set Gavi up for a great chance but was flagged offside. The Barcelona winger tried a lot but not much came off.

It’s a little puzzling to see Enrique use Ferran as a wide winger expected to take on his man 1 on 1 and play like a traditional wide player.

Not much can be said about Busquets. He did not make any huge mistakes but he also did not influence the game like he usually does. A few sloppy passes aside, nothing much about the first half from the Barcelona captain.

Busquets played the whole game and to be fair to him, he grew into the game as time went by but the Barcelona captain missed the penalty that sent Spain out of this World Cup.

Came on for Alba in the 98th minute and tried his best on the left flank to add some spark to the Spain attack. Unfortunately, Balde could not do much but the experience must do him a world of good.

Absolutely nothing from Ansu after coming on. It’s surprising for a player of his nature that he did not even have a single shot on goal. Fati could not do much for Spain in this World Cup and he will not be happy about it.