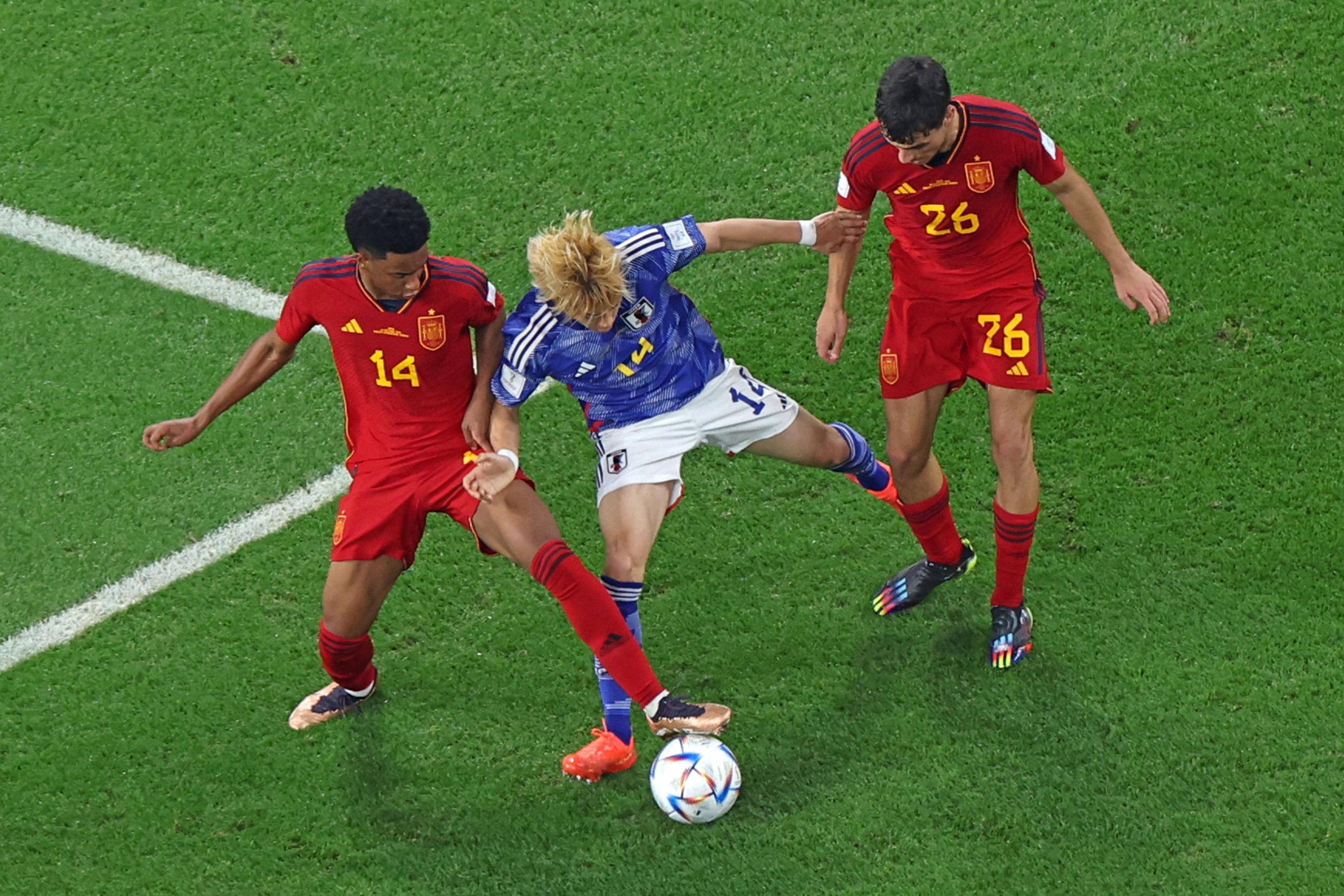 This World Cup just continues to enthrall us and what a day of football it was on Thursday. Two of the tournament’s heavyweights bowed out and two unexpected teams topped their groups.

The games of Group F took place first with Morocco taking on Canada and Croatia taking on Belgium. Ultimately, Morocco made it out as the group winners whilst Croatia scraped through in second place.

This meant that Belgium bowed out of this World Cup after their 0-0 draw against Croatia. Canada who had already been knocked out lost 1-2 to Morocco which allowed the Africans to progress as group winners.

The other set of games that took place were that of Group E and here, we had the biggest upset of the tournament yet with Germany getting knocked out. There was a point during the games where Spain and Germany were going out but that did not happen.

Germany beat Costa Rica 4-2 but Spain’s shock 1-2 loss to Japan meant that the Asian side will go through as the winners of the group and face Croatia whilst La Roja will come up against Morocco.

We at Barça Universal take a look at how the Barcelona players in action tonight fared in their respective games.

It was a very difficult performance to rank from the Barcelona captain. While he was pretty solid for most parts, he looked sloppy on the ball at times and lost possession eight times, which is higher than usual for Busquets. The deep-lying midfielder also had no defensive contribution last night.

138 touches of the ball shows that Pedri was one of the most involved players for Spain last night. However, he also uncharacteristically lost possession a whopping 17 times. The 20-year-old completed seven of his nine attempted long balls though and was one of the better Spanish players.

Gavi definitely wasn’t the worst Spain player out there but he certainly failed to impress like he did in the first couple of games. He was taken off in the 68th minute and apart from the usual energy, the 18-year-old had nothing much to offer.

Balde had a very promising first half but it was his error that led to Japan’s opening goal. Still, yet another decent performance from the latest La Masia sensation before he was taken off for Jordi Alba.

Ansu finally got his chance this World Cup but surprisingly, he did not have a single shot on goal despite Spain trailing in the game. He did not do anything wrong (or right) during his 20-odd minutes in the game.

Luis Enrique chose to start Nico Williams on the right wing and give Ferran a rest and his absence was felt by Spain in his ability to press from the front and create quick turnovers. But the Barcelona man did not test Japan’s goalie even once although he did create a big chance that his teammates missed.

Came on for Balde and to be fair to Alba, he was one of the few Spain players who kept trying and trying until the last minute. Nothing came off though but at least the effort to get a goal back was seen from Spain’s second captain.