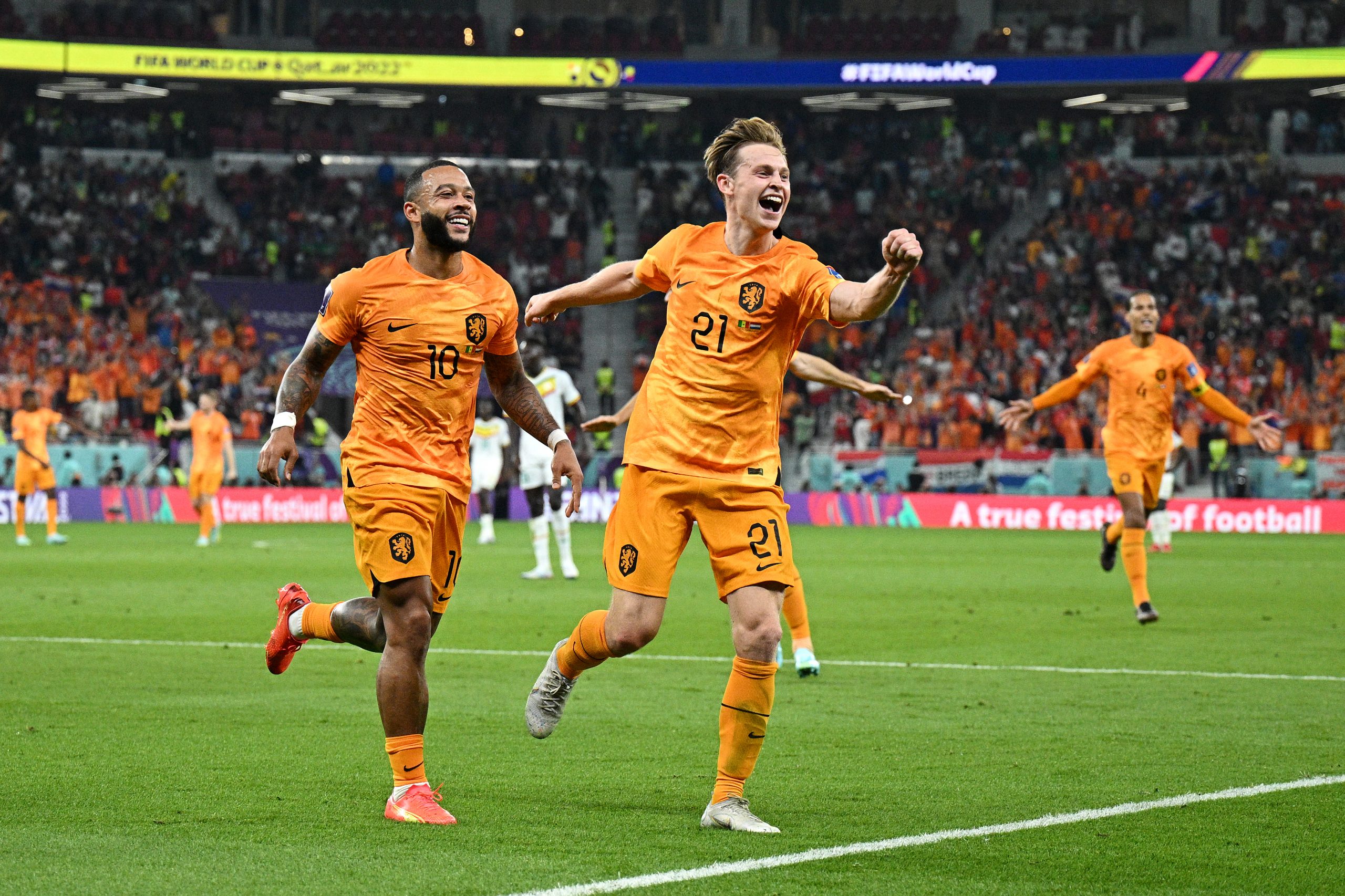 Barcelona are the team with the biggest representation at the World Cup in Qatar and it comes as no surprise to see a few of the club’s players feature for their nations every other day.

Frenkie de Jong and Memphis Depay were two Barça players who were on show on the second day of the FIFA World Cup 2022, with the Netherlands securing a narrow win against Senegal and the game ending 2-0.

It was the second game on the day with England taking on Iran in the first clash. The Three Lions absolutely annihilated the Asian side and sent a timely reminder of their capabilities to all the other contenders.

Jude Bellingham, Bukayo Saka, Jack Grealish, Marcus Rashford and Raheem Sterling were all on the scoresheet for the Three Lions as Gareth Southgate’s team made a statement to start off their campaign.

Meanwhile, the USMNT took on Wales in the late kick-off on the day with the game ending in a 1-1 draw. Timothy Weah netted for the Americans whilst former Real Madrid legend Gareth Bale scored from the spot to equalise for Wales.

The game to keep an eye out for as a Barça fan though was the Netherlands-Senegal contest and with Depay not fit enough to start for the Orange army, all the eyes were on de Jong.

How do you even rate that performance from de Jong? The Dutch midfield maestro had a mixed bag at best in the first half. The25-year-old must have been on the score sheet very early into the game but took too much time to pull the trigger.

The 25-year-old then sold Virgil van Dijk down the river with a risky pass that the Liverpool man failed to read. However, luckily for the Barcelona man, Senegal were unable to profit from that mistake.

Apart from that, however, de Jong was one of Netherlands’ best players in the first half constantly driving upfield with the ball at his feet and controlling the tempo from midfield like he only knows to do.

More of the same ensued for the talented midfield presence in the second half and he continued being one of Louis van Gaal’s better players on the pitch without much end product.

But then de Jong got the only assist of the game with a sumptuous ball into the box that Cody Gakpo got on the end of to make it 1-0.

The Netherlands No. 10 was unable to start the game against Senegal as van Gaal deemed he was not at his peak fitness after recovering from an injury that has kept him out of action for quite some time now.

However, the talented attacker did come on in the second half in the 61st minute. Clearly, Depay looked rusty playing after his time on the sidelines and could not do much during his time out there on the pitch.

Depay did have a moment to rejoice just before the final kick of the game when his attempted shot was parried into the path of Davy Klaassen who had no hesitation in slotting the ball home for Netherlands’ second of the game.

It may take some for Depay to get back to his best. It remains to be seen how the Barcelona man progresses in the tournament.