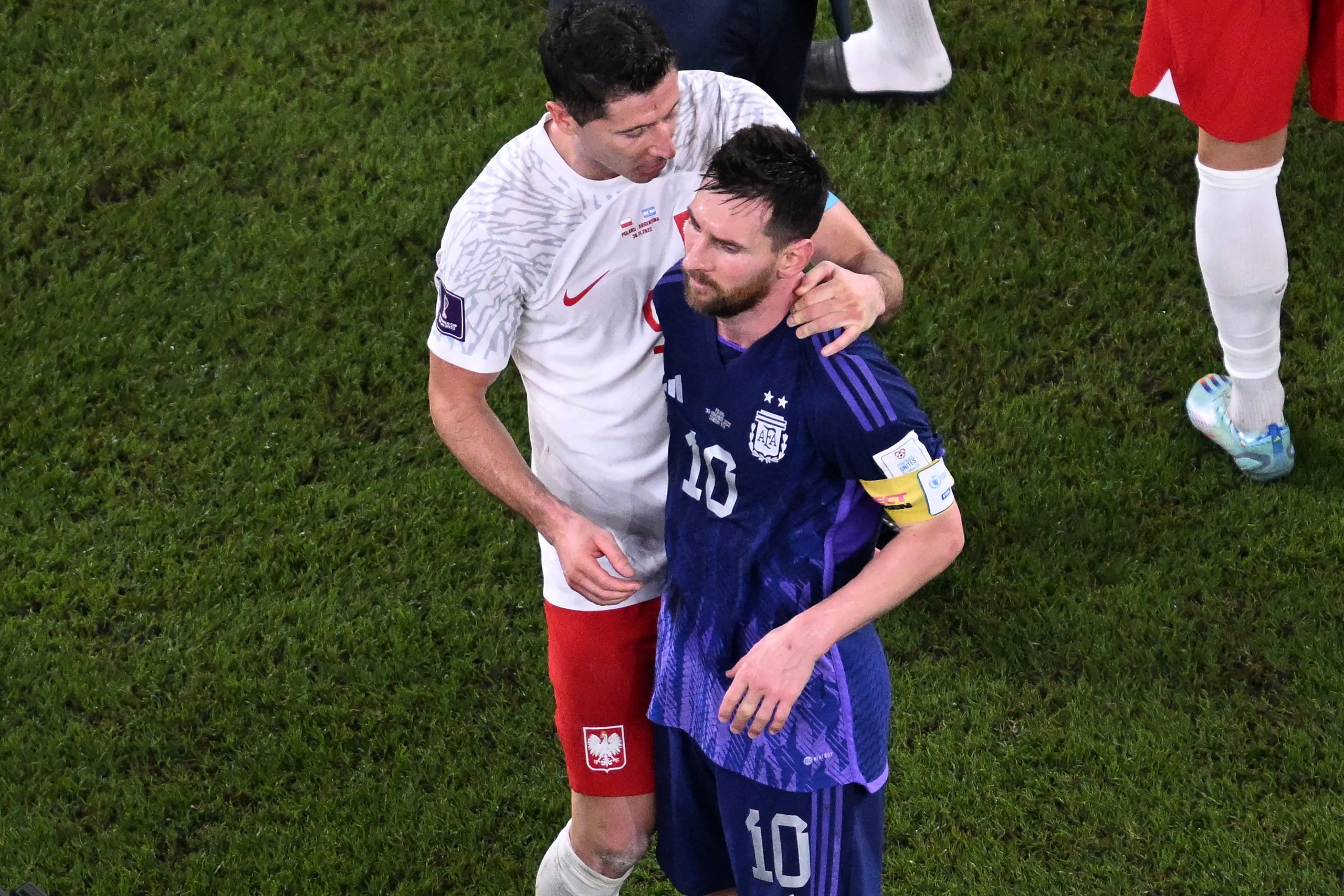 A number of Barcelona players were active on Wednesday at the FIFA World Cup 2022, a very important day for several teams. Ultimately, it did not disappoint with a number of good matches on display and a crazy qualification fight in group C.

France took on Tunisia and Denmark took on Australia in the first set of games of the day. Les Bleus had already secured their position in the next round and decided to make a host of changes and give the fringe players a chance and ultimately lost 1-0.

Denmark vs Australia though had much more context with the former needing a win to progress into the round of 16. However, the dark horses of the tournament failed to show up and lost the game 1-0 to Australia.

Argentina faced off against Poland and Mexico took on Saudi Arabia in the other matches on the day and what drama it was! Lionel Scaloni’s team knew that a win against Poland will get them to the next round and they did that clinically with a 2-0 win.

Mexico looked like a different team from the one that was playing all through the World Cup. They fought valiantly and won their game 2-1 but lost out to Poland for a qualification spot on goal difference.

We at Barca Universal take a look at all the Barcelona players who were in action today, along with club legend Lionel Messi.

Christensen had a great game for Denmark yet again but the team failed to get the win that was needed to help them qualify for the next round. It was very poor from a team from whom huge things were expected of ahead of the World Cup.

The Barcelona defender was solid as ever, playing out from the back and snuffing out Australian attacks. However, even he could not do much for Australia’s opening goal which really dented Denmark’s chances.

Dembele, just like almost the entirety of the France team that played the first two games was afforded a much-deserved rest by Didier Deschamps but had to be called on to action with Les Bleus chasing a goal.

However, the 25-year-old Barcelona winger didn’t really get a chance to do much and could not make a significant contribution in the time he was on the pitch.

Lewandowski, apart from his hold-up play, could do absolutely nothing of significance in the game against Argentina. Scaloni’s side showed absolutely no respite and the Polish attack did not offer anything going forward.

Although Poland have qualified for the next round, they will have to face France and their run might end right here. Lewandowski will, however, be hoping that does not turn out to be the case and that his team can pull off an upset against the current world champions.

Messi, along with Argentina, was simply spectacular last night. La Albiceleste were relentless in attack right from the first minute of the game and pressed high up the field to win the ball back at every opportunity.

Messi saw his penalty saved by Wojciech Szczesny and should have finished this game with at least a brace if not for the heroics of the Polish goalie who made as many as nine saves in the game. Argentina will now face Australia in the round of 16.