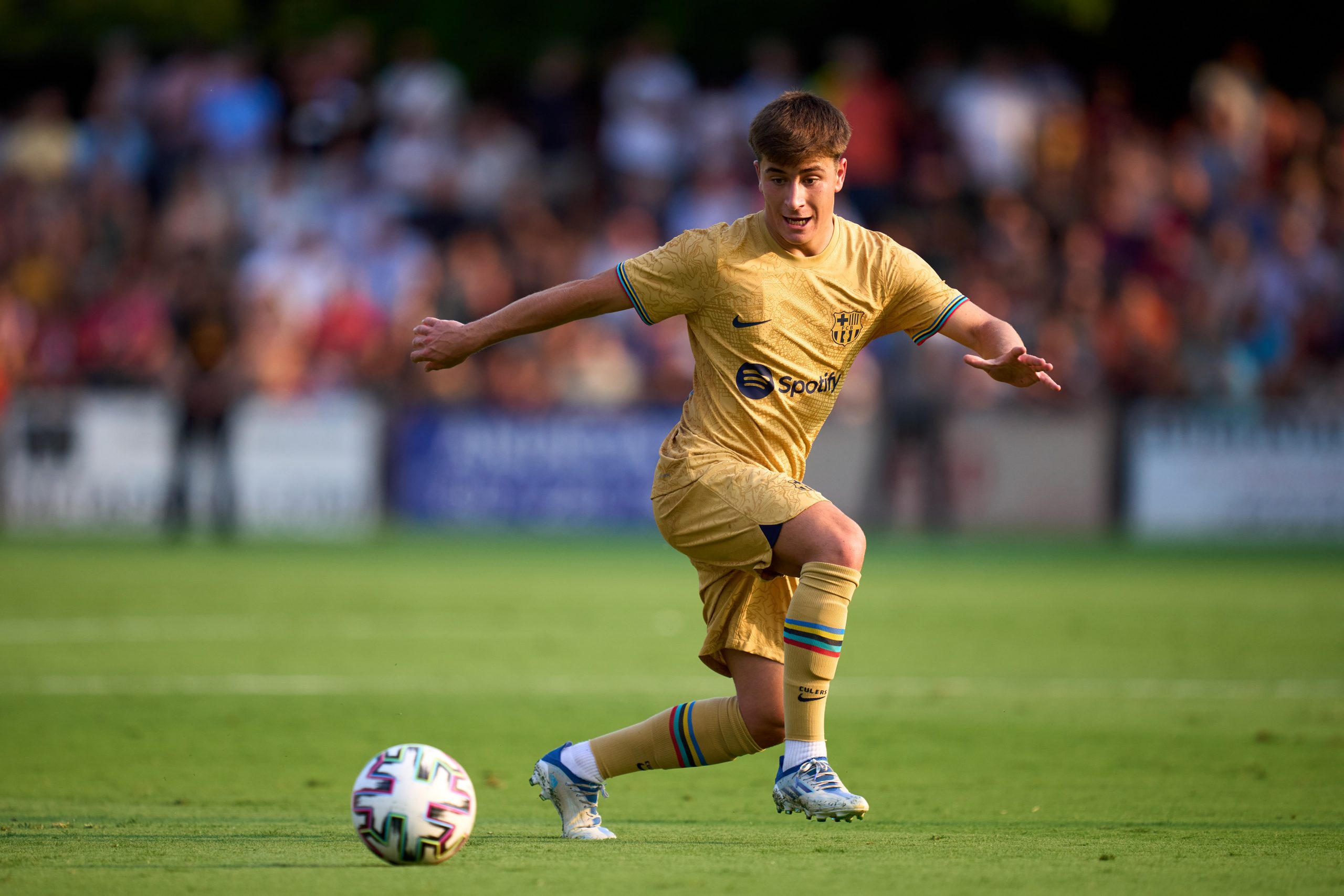 New signing Pablo Torre has caused some serious ster among his new teammates and the coaching staff within a week of his pre-season tour with Barcelona.

Arriving from Racing for a fee reported to be around €5 million plus variables, Barcelona have a clear plan in place for the 19-year-old. He featured for his new team against Olot and also got a chance to get some minutes against Inter Miami.

For now, all Xavi wants is to see how Torre progresses through the minutes he gets in the pre-season friendlies. Once the season officially begins, the youngsters will be called into the senior squad whenever needed.

When the roster is full, Xavi has mentioned the player will play for the reserve team so that his progress does not hinder.

“Yes, he will be in the dynamics of the first team. When he believes that he will not participate with the first team, he will play in the reserve team,” Xavi was quoted saying.

“He is at an age to grow. He is surprising us all. He understands everything, he sees it quickly, he associates well, he has talent and goals,” he added.

In the handful of appearances that the 19-year-old has made for the team, Torre has managed to impress the coaching staff through his ability to play with both feet, which is why the management has given him the status of being a versatile player.

Now, the 19-year-old hasn’t been the high-profile summer signing, but that wasn’t the intent anyway.

Manager Xavi, as well as the player, understand the midfield region is something that is extremely crowded. At the same time, the management is aware of his talent as they know giving him regular minutes will be the key and for that, appearing for Barça Atletic will serve everyone’s purpose.