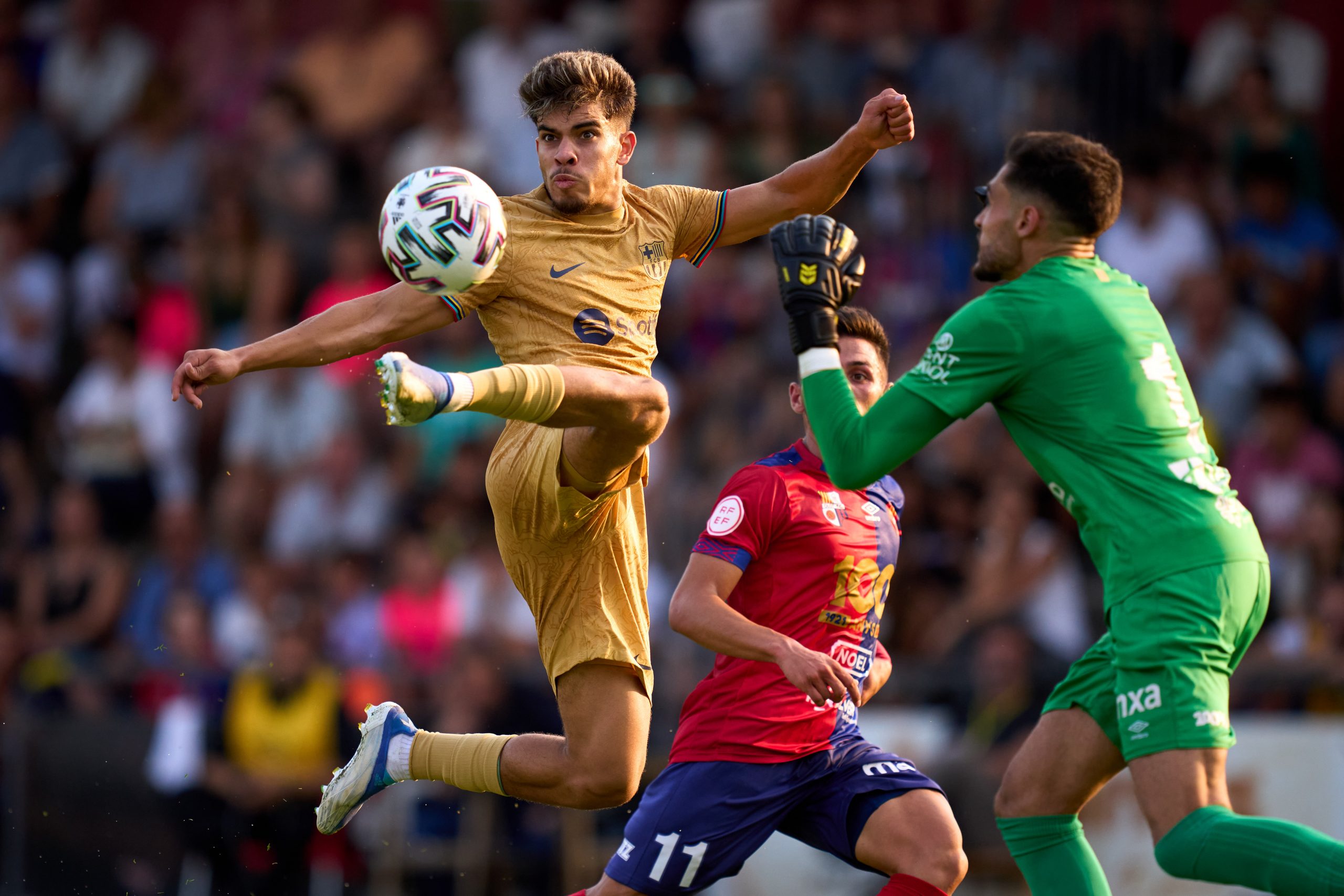 The decision on Ez Abde’s future has been made, according to Toni Juanmarti. The young winger, currently contracted until 2024, will renew his contract until 2026 before eventually leaving on loan.

This is a multifaceted decision for Barcelona. Not only is it important for Abde as he needs to get playing time under his belt, but it is also a crucial one for Barcelona Atletic.

Much like the senior team, the reserve side are facing problems in registering their players. They have made a few new signings ahead of the new season, but need to offload players before penning them with the league.

Real Valladolid are one of the teams interested in pursuing Abde’s signature, and that option is becoming serious every passing day.

Barcelona’s senior coaching staff are admirers of the Moroccan forward, and would have wanted him to stay, especially with the possible exits of Pierre-Emerick Aubameyang and Memphis Depay.

But as it stands, he has one foot outside the club.