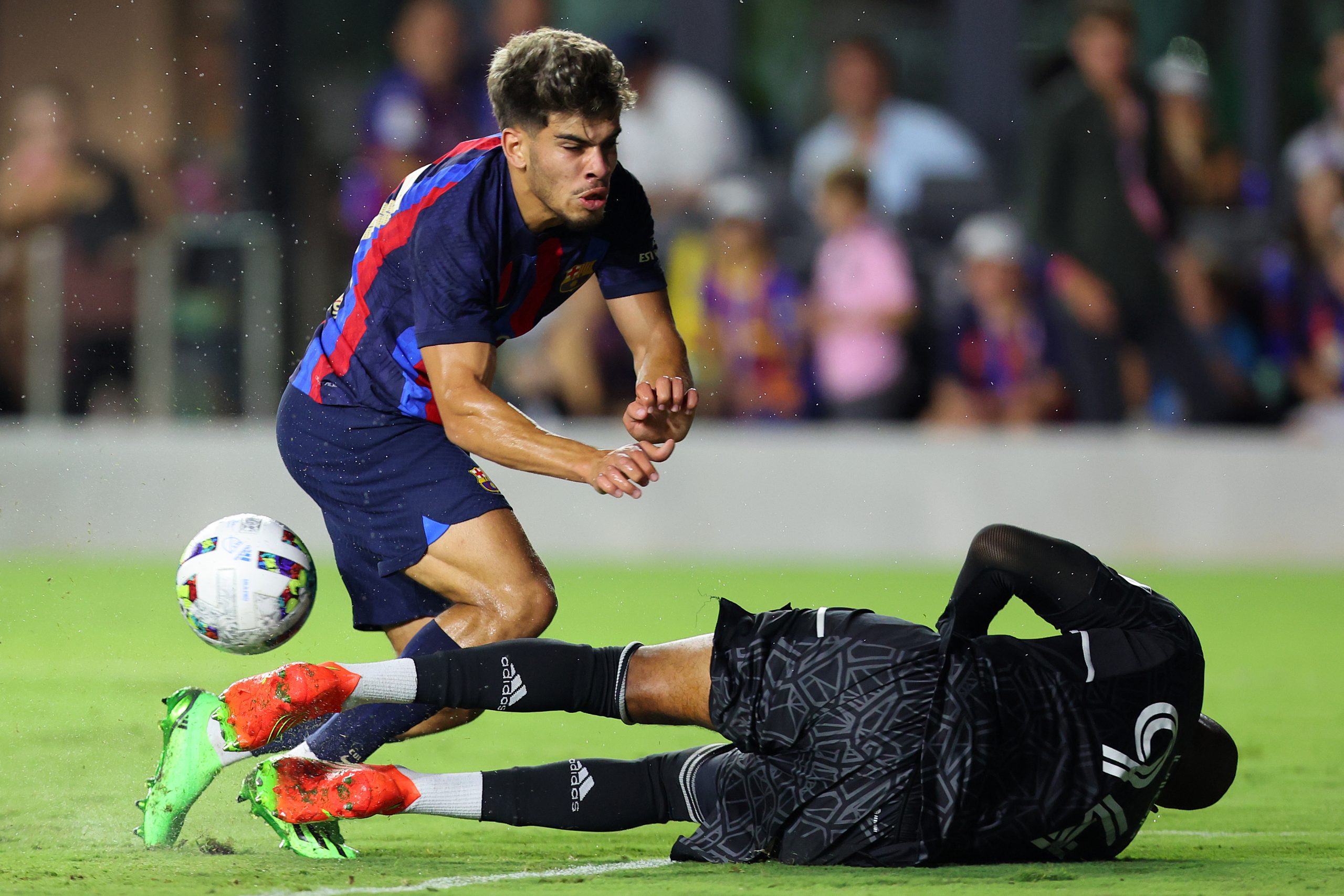 Ez Abde will soon have to take a call on his future as playing time is unlikely to be forthcoming at Barcelona this season.

The 20-year-old Moroccan winger joined the club last summer from Hercules CF. Even though he was signed for the Barça Atletic squad, Abde got a brief run with the first team towards the end of 2021, and he made the most of his chances.

However, the January signings of Ferran Torres, Adama Traore and Pierre-Emerick Aubameyang forced him back to the subsidiaries, where he continued to perform at a high level.

Abde is regarded as a special talent who can grow into an important player at Barcelona. However, with the additions of Raphinha and Robert Lewandowski, the young winger’s pathway to the senior team is obstructed.

Hence, Abde could be on the move this summer, with Barça themselves encouraging him to leave on loan to continue his development. And, as reported by SPORT, as many as four clubs from within La Liga are pushing to sign the 20-year-old attacker.

Real Betis have shown a serious interest in Abde and would want to sign him on a permanent transfer this summer, although Barcelona would only consider loan offers at this moment for the youngster.

Apart from the Verdiblancos, newly-promoted La Liga team, Girona, are also keen and have been pushing to start negotiations with the club and the player about a loan move.

Apart from those two teams, Elche are also showing a keenness to sign Abde, with the player himself said to be drawn towards the minnows. And, Getafe are also in the mix for the 20-year-old, with Ramon Planes, who signed him at Barcelona last summer, now the sporting director at the Madrilenian club.

With no shortage of options, the decision is now up to Abde to choose his next destination and also take a call on whether it will be a loan switch or a permanent transfer.