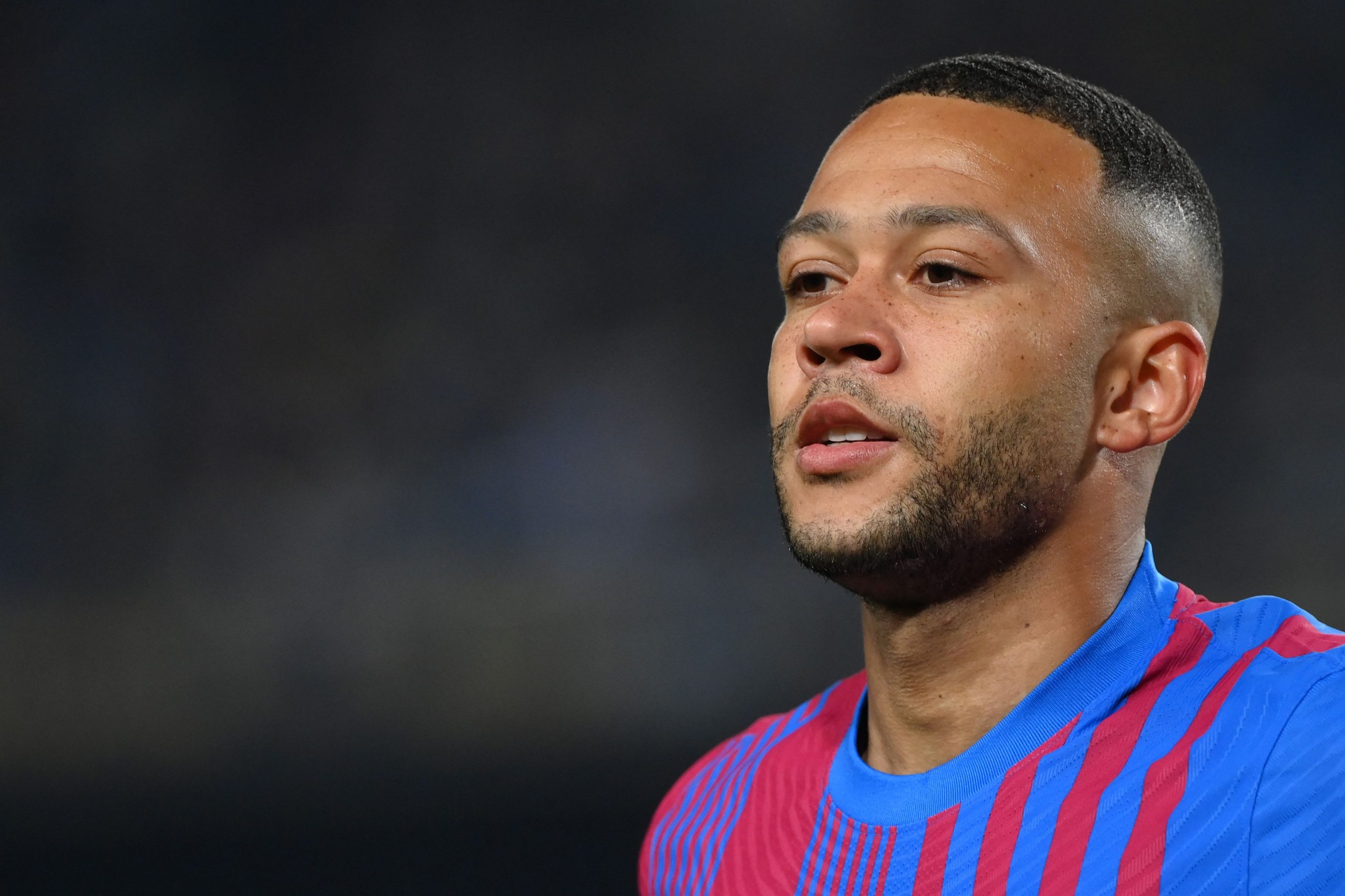 Gerard Romero has reported that FC Barcelona have asked that the images of Memphis Depay be removed from the promotion campaigns for the pre-season tour to the United States.

The report could stem from the fact that Barça are confident that they’ll be able to offload the Dutchman before the trip.

The rumour mill has suggested that Xavi Hernandez admires Depay’s ability but does not see him as part of his attack next season with the expected arrival of Raphinha from Leeds, along with Pierre-Emerick Aubameyang and Ferran Torres ahead of the Dutch forward in the pecking order.

The Spanish giants’ financial situation leaves them in a difficult position and looking to sell a number of senior players in order to raise funds for new signings.

With the signings of Robert Lewandowski and Raphinha looking imminent, alongside the renewal of Ousmane Dembele, the offloading of the Dutch forward could be right around the corner.

The 28-year-old has reportedly had interest from Arsenal and Tottenham Hotspur, among other clubs across Europe.

However, reports also suggested that he has already rejected the idea of a move to Arsenal as he is looking to play in UEFA Champions League come next season.

As per SPORT, Depay also aimed a dig in Tottenham’s direction, as he expressed an interest in going for ‘important titles’, and is not interested in joining Antonio Conte’s side as a result.

The Spurs side in reality seems unlikely to want the signature of the Dutchman, as they boast an attack of of Harry Kane, Son Heung-Min, Dejan Kulusevski, and Richarlison.

It’ll be an interesting watch to see where Memphis Depay moves considering his good form last season, and his hopes to be able to go for titles next season.